What’s the most bike-friendly city in the U.S.? Not what you’d guess 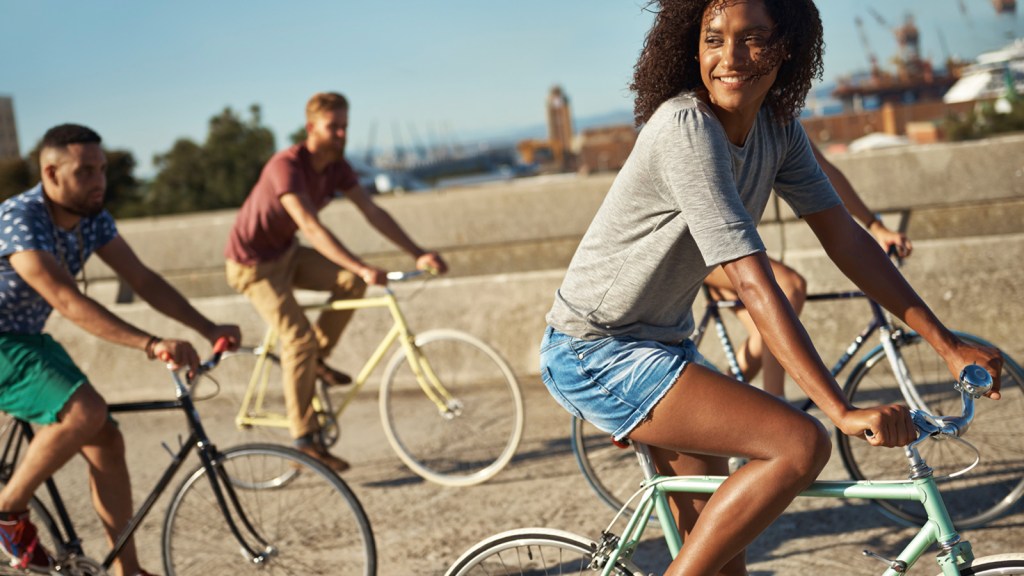 What’s the most bike-friendly city in the U.S.? Not what you’d guess

Wanna know how bike-friendly your city is, for real? The brainiacs at Walk Score got your back. These are the folks who have spent years easing the pain of finding an apartment on Craigslist by figuring out how walkable our neighborhoods are. In 2012, they launched Bike Score, a rating system is driven by real live data — and not just the miles of bike lanes painted on the streets, unlike some of the more subjective ratings you’ll find bouncing around the interwebs.

To compile its annual list of America’s most cycling-friendly cities, the company takes into account bike-lane availability, plus the number of hills in a city, bike-commuting rates, and how often bikers have to de-saddle along their routes, among other factors. This year’s list, which includes 154 cities, has a few surprises.

Sure, there were a handful of unsurprising list-toppers: The beach towns of Santa Cruz and Santa Monica, hippieville Berkeley, and outdoorsy hipster-filled Boulder. Minneapolis is there, too, despite its crazy snow. But Cambridge, Mass. — home of the Car Talk guys? (Er, guy. R.I.P. Tom.) Who would have guessed they’d land at the top of the list!? Just below the top 10 were a couple of real oddballs: Hoboken, N.J. (WHAT) and Arlington, Va. (“Suburban HELL,” according to a Grist staffer who shall remain unnamed). These relatively small-town underdogs beat out the whole dang country!

More weirdness: Few major cities, which one would expect to be pretty bikeable, ranked all that high. San Francisco only earned a 75.1 and Portland, Ore., (!) scraped by with a 72. Denver, Boston, Chicago, and Washington, D.C., didn’t even make the top 20.

Heck, Grist’s hometown of Seattle barely made the top 50, coming in at No. 45 on the list with a score of 63. This is a city with a self-proclaimed bike obsession, vibrant bike polo scene, and swarms of business folk donning bike shorts en route to the office, fer cryin’ out loud! The next time I feel like dying as I’m attempting to bike uphill, I’ll just keep Walk Score’s list in mind. Maybe that tiny bit of reassurance will make my calves burn a little less.

To see where your city’s bikeability ranks, check out the full list here.