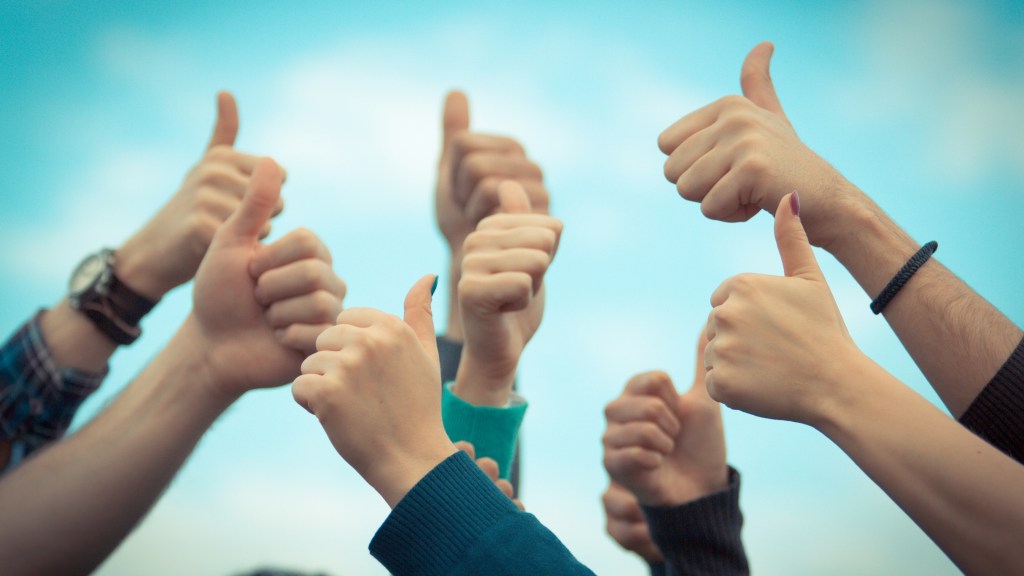 Unless it’s immediately proceeded by the word “no,” the phrase “good news” rarely appears these days in stories about climate change. But in a year in which we found out that our oceans may rise this century by as much as three feet and that atmospheric carbon dioxide is higher than it has been in nearly a million years, there were still some bright spots. And in preparation for Thanksgiving, we’ve compiled a list of four environmental developments for which you can give thanks. You can see even more on Twitter by searching the hashtag #ClimateThanks.

1. The U.S. and the World Bank will avoid financing coal-fired power plants abroad.

Burning coal is among the dirtiest ways to produce energy and quickest ways to accelerate climate change. So this July, when the World Bank announced that it would limit funding for new coal-burning plants to “rare circumstances” where countries have “no feasible alternatives,” green advocates were thrilled. At the same time, the global development giant also reversed its opposition to hydroelectric power, which many environmental activists had pushed as an alternative to cheap energy from coal. Last month, based on an announcement President Obama made in June, the United States Treasury Department also ceased financing any new coal projects abroad except in cases where coal was the only viable option for bringing power to poor regions. The U.S. and World Bank decisions only affect coal projects that use public financing; around the world, many are built with private money. But a Treasury official told the New York Times that the Obama administration felt “that if public financing points the way, it will then facilitate private investment.”

2. The White House will push carbon limits for new and existing power plants.

Natural gas and coal-fired power plants are responsible for 40 percent of the United States’ carbon emissions and one-third of its greenhouse gas emissions. The country can’t address climate change without regulating this sector of the economy. In his June speech at Georgetown University, President Obama announced that for the first time ever, the Environmental Protection Agency will propose rules to cap carbon emissions from existing power plants. His administration also pushed forward a rule to limit pollution from new power plants, which had stalled last year. If the EPA finalizes the rule and it’s upheld in court, it would limit new coal-fired plants to 1,100 pounds of carbon dioxide emissions per megawatt hour — the average coal power plant releases 1,800 pounds — and new gas power plants to 1,000 pounds. Obama said the rules were necessary for the U.S. to meet its pledge to bring greenhouse gas emissions by 17 percent — or below 2005 levels — by the year 2020.

3. The global warming “slowdown” showed us that international agreements can reduce climate change.

The so-called global warming “slowdown” you heard about over the summer certainly doesn’t mean that global warming has stopped — regardless of what climate skeptics may be saying. Although climate scientists determined that over the past 15 years, the rate of the warming of the planet has slowed — “kind of like a car easing off the accelerator,” as Chris Mooney wrote — the Earth’s surface and oceans are continuing to heat up at an alarming rate. (Other recent research suggests the “slowdown” might not have really occurred at all.) But one study found an unexpected factor contributed to the “slowdown”: the partial cause appears to be a planet-wide phaseout of greenhouse-trapping gases called chlorofluorocarbons (CFCs), which more than 40 countries agreed to by signing the Montreal Protocol in 1988. “Without the Protocol, environmental economist Francisco Estrada of the Universidad Nacional Autónoma de México reports, global temperatures today would be about a 10th of a degree Celsius higher than they are,” Tim McDonnell explained earlier this month. “That’s roughly an eighth of the total warming documented since 1880.” Bottom line? The global warming “slowdown” actually seems to be a strong indication that international treaties aimed at reducing climate change can work — and that we need more of them.

4. The world’s largest economies will phase down the use of a potent greenhouse gas.

The phaseout of CFCs had another unexpected outcome. Manufacturers began to replace CFCs — used in air conditioners, refrigerators, and aerosol cans — with hydrofluorocarbons (HFCs). HFCs don’t eat away at the ozone layer like CFCs do. But scientists recently concluded that HFCs are a type of “super-pollutant” — gases that have exponentially more heat-trapping ability than carbon dioxide, although they dissipate from the atmosphere within a few years. Without intervention, HFCs were on track to make a huge contribution to global warming. If present trends hold steady, then by the year 2050, the amount of HFCs humans will have released into the atmosphere will cause as much warming as 90 billion metric tons of carbon dioxide. But this year saw positive signs that world leaders are ready to curb this powerful greenhouse gas. In a deal that the White House announced in June, the U.S. and China agreed to explore technologies and financial incentives to reduce the use of HFCs. Three months later, leaders of the Group of 20, which includes major economic powers like Russia, announced that their countries, too, would make plans to reduce the use of HFCs.