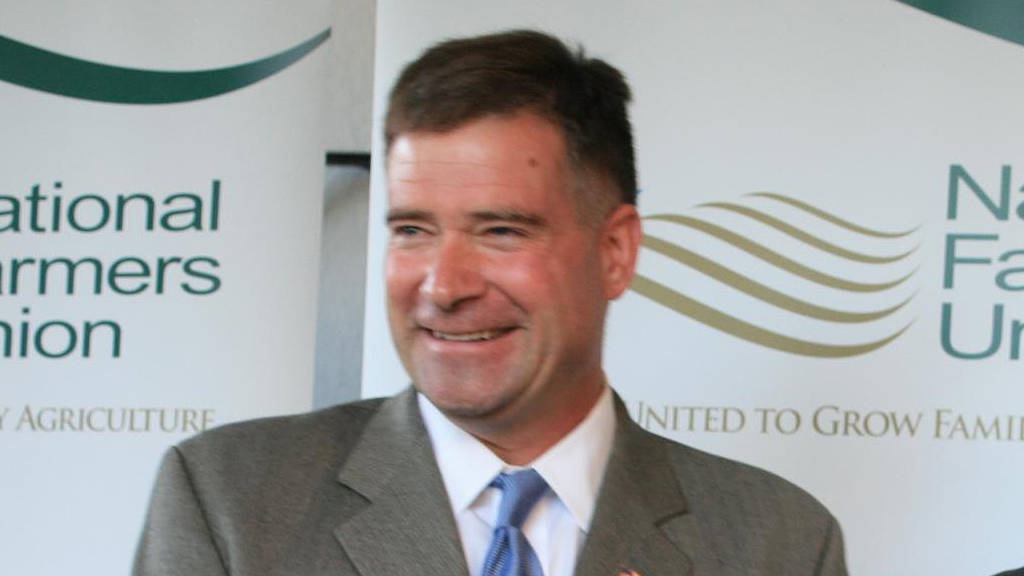 One lonely House Republican is taking a stand, saying his party needs to get its head out of the sand and “recognize the reality” of climate change. National Journal reports that Chris Gibson was moved to encourage his peers to “operate in the realm of knowledge and science” after witnessing severe weather in his own district in upstate New York:

“My district has been hit with three 500-year floods in the last several years, so either you believe that we had a one in over 100 million probability that occurred, or you believe as I do that there’s a new normal, and we have changing weather patterns, and we have climate change. This is the science,” said the two-term lawmaker who was reelected in November.

“I hope that my party—that we will come to be comfortable with this, because we have to operate in the realm of knowledge and science, and I still think we can bring forward conservative solutions to this, absolutely, but we have to recognize the reality,” Gibson said. “So I will be bringing forward a bill, a resolution that states as such, with really the intent of rallying us, to harken us to our best sense, our ability to overcome hard challenges.”

Gibson spoke at an event hosted by Citizens for Responsible Energy Solutions, which is a pro-Republican advocacy group; a PAC that supports Republicans called Concord 51; and the Conservation Leadership Council, a group of conservatives that includes Gale Norton, who was Interior Secretary under George W. Bush. The Environmental Defense Fund helped create the CLC.

Gibson is not your standard House Republican. He’s what, by today’s standards, would be considered a “moderate” conservative from a pretty liberal state. During his most recent campaign, the Environmental Defense Fund supported Gibson over his unlikely-to-win Democratic opponent. As Grist’s Ben Adler noted at the time, that opponent, Sean Eldridge, would have been better for the environment, but in supporting Gibson, EDF was being pragmatic. R.L. Miller, who founded the Climate Hawks Vote super PAC, told Adler, “The polarization in Congress [on climate change] is mostly because Republicans don’t admit the reality of climate science. If you find one [Republican who does], you treat them like rare birds.” To EDF, Gibson was one such rare bird. (Neither Adler nor Miller thought this approach by EDF entirely sound.)

But if we’re going to be a tiny bit optimistic, maybe Gibson will kick off a trend. He explains that he was moved to speak out by the increasingly destructive weather in his district. As climate change picks up steam, other Republicans are going to find it harder and harder to ignore those same extremes. One day, even the stubbornest denier might have to acknowledge that, Al Gore–sponsored hoax or no, something is going on and something has to be done about it. (Is that optimism? Maybe that’s not optimism.)

What Gibson’s calling for right now — “a resolution … with really the intent of rallying us, to harken us to our best sense” — is too little, too late. But what the hell, it’s something.