At U.N. climate talks in Warsaw, hunger games get serious 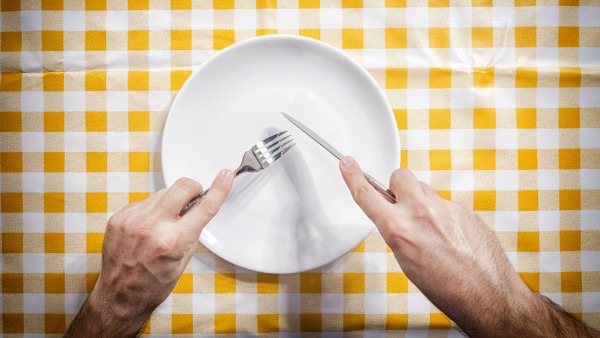 At U.N. climate talks in Warsaw, hunger games get serious

It started like this: On the first day of the U.N.’s climate change talks (a.k.a. COP19) in Warsaw, Philippines delegate Naderev (a.k.a. Yeb) Saño made an announcement. Barring any concrete agreement on how the Annex 1 countries (basically the U.S., Australia, the E.U., and Japan) would help countries currently being hammered by climate change, he would be going on hunger strike.

Among people who actually want to stop climate change, the talks have a reputation of being kind of like the icing on a giant cake of powerlessness.  In his speech, Saño was a bit less harsh, but he added:

20 years hence we continue to fall short of the ultimate objective: which is to prevent dangerous trophogenic interference with a climate system. By failing to meet the objective of the convention, we may have ratified our own doom.

Saño was fasting, he said, out of solidarity with the victims of Typhoon Haiyan, some of whom were probably friends and family he was waiting to hear word from. He was also, he added, fasting in solidarity with hs brother A.G. Saño, an artist who normally painted cheerful murals of dolphins and whales, but who was now serving as a volunteer gravedigger in the streets of Tacloban.

Then it spread. While Saño’s hunger strike has yet to result in the sort of concrete agreement that he and other delegates from poorer countries were hoping for, what it began to do was inspire other people, first at the conference, and then around the world, to go on strike as well.

Historically, the hunger strike is a tool of the powerless — one of the reasons they’re so often found in prisons. For all that it involved inaction, a hunger strike felt like taking action.

“Yeb told some of us to really strongly consider not fasting because we need to have energy and real capacity at week two,” wrote Adam Greenberg, a recent college grad who was sent to the talks by SustainUS, both to serve as a young person in the Children and Youth Group in the negotiations, and to raise awareness of the existence of things like climate change negotiations among people his age. Greenberg describes the experience of being a youth delegate thus:

“It’s a wonderful experience,” said Hannah Freedman, a former youth delegate turned Tufts student, about the year she attended the U.N.’s climate change talks in Rio. “Though it’s kind of depressing. You know: the inaction.”

Greenberg and Freedman and a group of former and current youth delegates were organizing using the tools of their generation: a Facebook page and a Google doc to register other fasters. By Wednesday, 1,150 people had signed up, though definitions of “fast” varied. Some were fasting from dawn until nightfall. (A religious background, some pointed out, helped out with this one.)

In Warsaw, some of the hunger strikers refused to eat when the negotiations were in session, which was a few hours longer. Nearly all confessed to being grouchy, though they weren’t sure if it was the lack of food or the lack of sleep resulting from the conference’s 19-hour days. Saño reported that he was doing well, but that he was avoiding the smell of the food court.

Meanwhile, the conference went on. Saño’s demand that the Annex 1 countries help the Philippines looked like it would go unanswered. At 3:30 a.m. on Wednesday morning, the G77, a group of the poorest countries in the U.N., walked out of negotiations, along with China, after the U.S., Canada, and Australia refused to discuss the issue to of setting up a separate U.N. committee to handle the issue of loss and damages due to climate change until 2015.

The hunger strike continued. “I am actually doing great,” wrote Wael Hmaidan, international director of the Climate Action Network, late on Wednesday afternoon. Hmaidan hadn’t had any food in 10 days, he said, but he was “full of energy and still going. It is not hard at all to fast completely, when you are driven by passion for a cause.”

He was not, he wrote, under any illusions that the hunger strike, or the negotiations as a whole, would result in much (though he had arrived with a 52-page list of demands [PDF] just in case).

Which is not to imply that anything was wrong with the U.N. negotiations, wrote Hmaidan. “They are capturing all political will that is out there. The problem is that there is no political will. Or little political will.” The talks will work beautifully, he believes, once there is intention behind them.