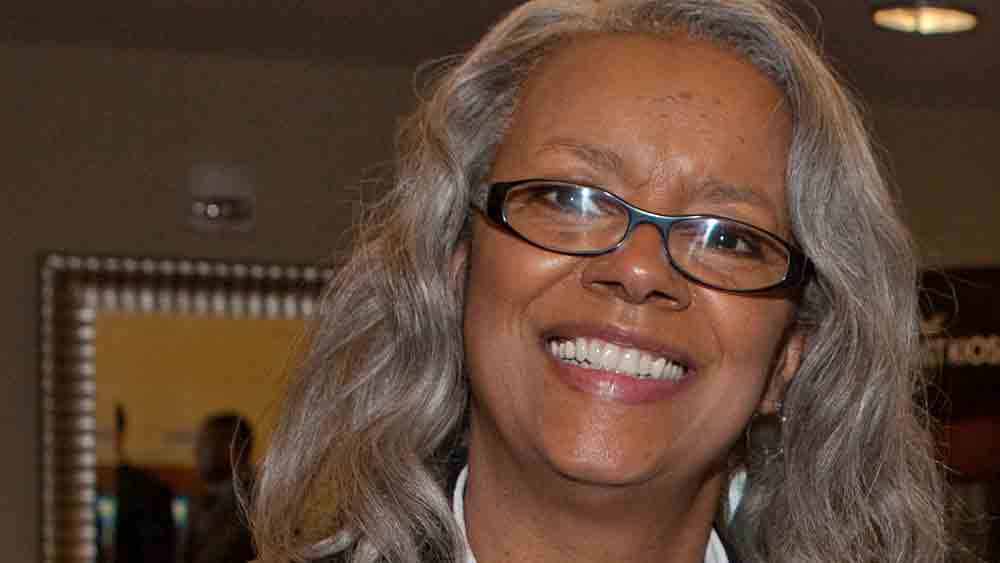 This week, I’ve been writing about the National Policy Alliance’s controversial resolution on “net metering” policies. The resolution states that people who put solar panels on their roofs, and then feed the excess electricity back into the grid, “unfairly profit” and shift extra costs to low-income black households. Both contentions are highly debatable, but this organization’s resolution matters for a few reasons:

With all that at stake, I reached out to NPA’s executive director, Linda Haithcox, to gather more insight on how the group arrived at this resolution. Haithcox is the former executive director of the National Organization of Black County Officials. Edison Electric was a consistent top sponsor for NOBCO’s annual conferences — it was a “platinum sponsor” for this year’s conference; the American Coalition For Clean Coal Electricity was a gold sponsor. Edison has also helped sponsor the Annual Legislative Conferences of the Congressional Black Caucus, a member organization of NPA. Haithcox also participated in the 2010 Business, Labor, and Minority Roundtable put on by CASEnergy, a coalition of nuclear energy supporters.

When I spoke with Haithcox, I had two main questions: Why was a private utility shareholder group like Edison given the privilege to set policies for an organization that’s predominantly made of black elected officials? And why was NPA helping Edison obstruct solar policies that would help make communities healthier? She answered these questions in a phone interview earlier this week before I posted the first two stories in my series on the net-metering controversy. I reached out to her again, after those stories were published, so that she could provide further clarification about NPA’s net-metering position. I’ve received only one response, which arrived around 9:00 p.m. on Oct. 14:

“I do not want my name mentioned in your article please. Please clarify that this is YOUR interpretation of the NPA’s position. I don’t think you have total picture on what our position and/or thinking is on this matter.”

Haithcox’s request to rescind her name came only after she had already consented to our earlier interview. I included a quote from that interview in my first story in the series. Below is the rest of our interview, which is edited only for length and clarity. I felt it was necessary to publish it so that readers could have clarification about the total picture and NPA’s position on net metering from its own leadership.

Q. How are NPA resolutions created?

A. The NPA membership consists of the presidents and chairs of all the major black elected organizations, of which there are [10]. Typically, a resolution occurs when one of our members brings one to the table, though occasionally they’re brought by representatives of some of NPA’s supporting organizations. Whoever is offering it, it has to be motioned by one of our co-chairs and seconded by one of our core members. There are officially 10 votes from our member organizations, but two of them — the Congressional Black Caucus and the National Black Caucus of Local Elected Officials — have foundation arms, and so we sometimes have the presidents or chairs of those foundations vote at the table. At most, there are 12 votes for our resolutions.

Q. How often do you vote on resolutions?

A. Twice a year we have in-person meetings where we vote on the submitted resolutions — one in the spring and the other in September, usually during the annual Congressional Black Caucus Legislative Conference. We also have a biennial conference when we also pass resolutions.

Q. Do you have to be a member organization to submit a resolution?

A. We have partnering organizations, and from time to time we have those organizations come to the table and talk about issues that affect African-American communities. If if we agree with those issues, then sometimes those become proposed resolutions for us to vote on.

Q. I saw that Edison Electric Institute submitted one of the resolutions you passed.

A. Yes, Edison has been a long-time friend of many of our members for years — for some, going back literally 20, 30 years, so they’re not new to any of us. We’ve had two or three resolutions from Edison.

Q. So really anyone can submit a resolution then?

A. No, not just anybody, but definitely people who we know and that we have mutual interests with, those who certainly have the support of our African-American elected officials and who have the larger support of black communities. We don’t let just anyone walk in and present to us, but for those we do allow to the table, the resolution needs to make sense for African-American communities and reflect their needs. They need to have a positive impact on African-American communities and be something that our member organizations have determined important to their constituents.

Q. And so your latest resolution on net metering — the members voted that this was a bad thing for African Americans of low income?

A. On solar panels, the main issue is that those who have the funds to put up solar energy panels feel they do not need to pay for the costs of the grid. They feel they should be able to sell their energy back to the utility companies … but realistically everyone is still on the grid whether they accept it or not. The fact they feel they should not have to pay for the grid puts the burden of the remaining costs on those who need the most assistance.

Q. But are you taking into account the costs that utility companies get to avoid, thanks to those people who are generating solar energy for the grid, not to mention the decrease in carbon pollution due to less energy generated from coal?

A. They’re still on the grid. Everyone today has cellphones and flat screen TVs and all kinds of new appliances that need to be charged. That’s the reality. I don’t care if you live in the Sahara Desert or Detroit. So therefore to charge those flat screens and computers and other equipment, you have to have power. You produce power from the grid. Because we all have these devices and because the demand on electricity is greater now than it ever was in history, everything costs more. Flat screen TVs cost four times more than those 500-pound TV (consoles) everyone had at some point. But there is a price we have to pay for all that — I don’t want to call them luxuries — but for all those new devices we all have gotten comfortable with. So if someone is using solar energy, which I think is great, it is highly unlikely they will never require or need the grid.

So the argument that they should not have to pay for it, and that they in fact should profit from their individual energy production — I’m sure the answer to that question should come from the trade industry to determine, as to whether or not the production of an individual solar system is going to be so great that they should get to profit from it. I would argue — me personally, not speaking for NPA — that the power industry has to improve itself, period. Everybody knows that. Our country is growing with new devices and new demands on electricity, but the grid has not grown to where it has to be to accommodate for all of that. The question then is who’s paying for it in the meanwhile? The struggling waitress in Wichita, Kansas? She can’t afford for her electricity bill to increase.

Q. But again, are you considering the decrease in carbon pollution that helps bring health benefits to those same low-income communities?

A. This country has been functioning on coal forever. I’m not justifying it, I’m just saying: I remember the days when the coal man came to our houses and dumped a bunch of coal in the basement to help heat our homes, and I’m from Chicago. I give credit to whatever industry is out there, whether it’s nuclear, natural gas, coal, solar — I give credit to any entity that recognizes that there is a problem and they need to change and improve things to do better. But everything costs. You think there wasn’t a cost when cars began improving their fuel emissions? At some point things will change in every industry. So if this is the bite that coal has to take in order for us to create cleaner energy, and to help the people in the mountains of Pennsylvania come out of the coal mines, then that’s a good thing. Is it going to cost? Yes. The question becomes how do you pay for it so that disadvantaged, poor people are not overwhelmed?

Q. Were other reports, with information and conclusions that run counter to Edison’s, considered before NPA voted to adopt Edison’s resolution?

A. That was all part of our discussion, but that does not need to be in the resolution or in any other open forum. There’s always questions asked from our members before voting and I’m sure there was other data considered. If another organization opposes [Edison’s resolution], we welcome them to come present to us, especially for an issue that is as critical and as important as energy.

Want more on net metering? Read this next: Clean energy advocates need to speak up if they want black lawmakers to hear them