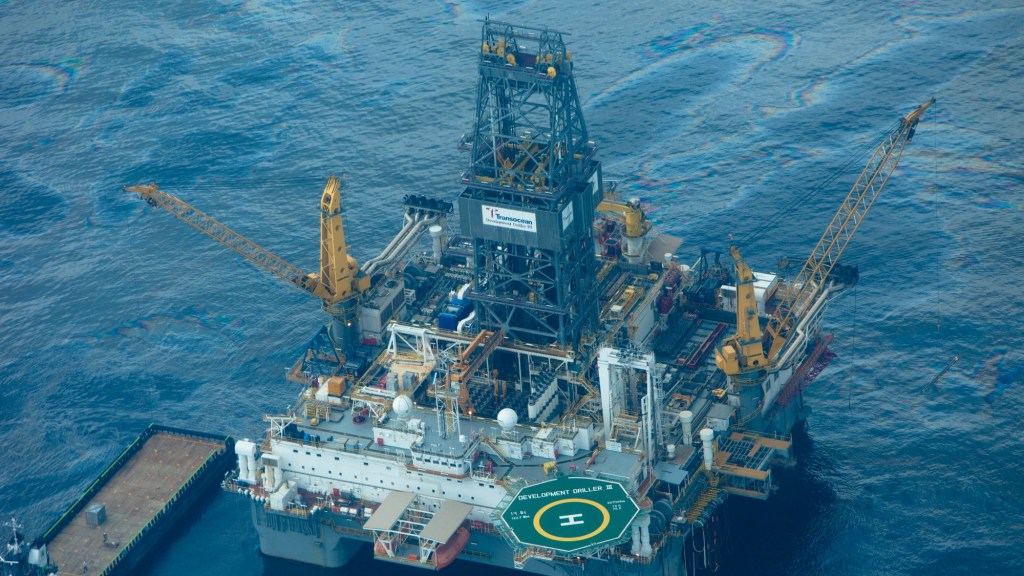 BP isn’t about to let a little worker-killing, ecosystem-wrecking, fisheries-destroying explosion and oil spill slow it down in the Gulf of Mexico.

The company deployed two more oil rigs to the Gulf in recent weeks, boosting its fleet to nine — its largest ever in the area. It brought in the West Auriga rig, known as an ultra-deepwater drillship, and the Mad Dog platform, which was damaged by Hurricane Ike in 2008. Fuel Fix reports:

The two new rigs reflect “the vital importance of the deep-water Gulf of Mexico to the future of BP,” Richard Morrison, the company’s regional president for the Gulf, said in a written statement.

Every year for the next decade, the British oil giant plans to spend about $4 billion on its deep-water fields in the Gulf. And it’s working to ramp up operations in several fields including the Atlantis North and the Na Kika, the company said.

As international oil giants dip back into the Gulf, the region’s daily production could rise by 180,000 barrels to 1.55 million barrels next year. And in three years, the Gulf could beat its 2009 peak production of 1.8 million barrels per day, according to research firm Wood Mackenzie.

In more encouraging news, $113 million from Deepwater Horizon fines has begun dribbling into the Gulf region in the form of environmental grants. The grants will help pay for oyster restoration, bird conservation, and the like. Some money will go to reducing light pollution to help newly hatched sea turtles find the sanctuary of a nearby shoreline. The AP reported last week:

Over the next five years, the [National Fish and Wildlife Foundation]’s Gulf Environmental Benefit Fund will receive about $1.3 billion for barrier island and river diversion projects in Louisiana, $356 million each for natural resource projects in Alabama, Florida, and Mississippi, and $203 million for similar projects in Texas.

That all sounds nice. What would have been really nice, of course, is if the Gulf hadn’t been fucked up by BP, Halliburton, and Transocean in the first place.