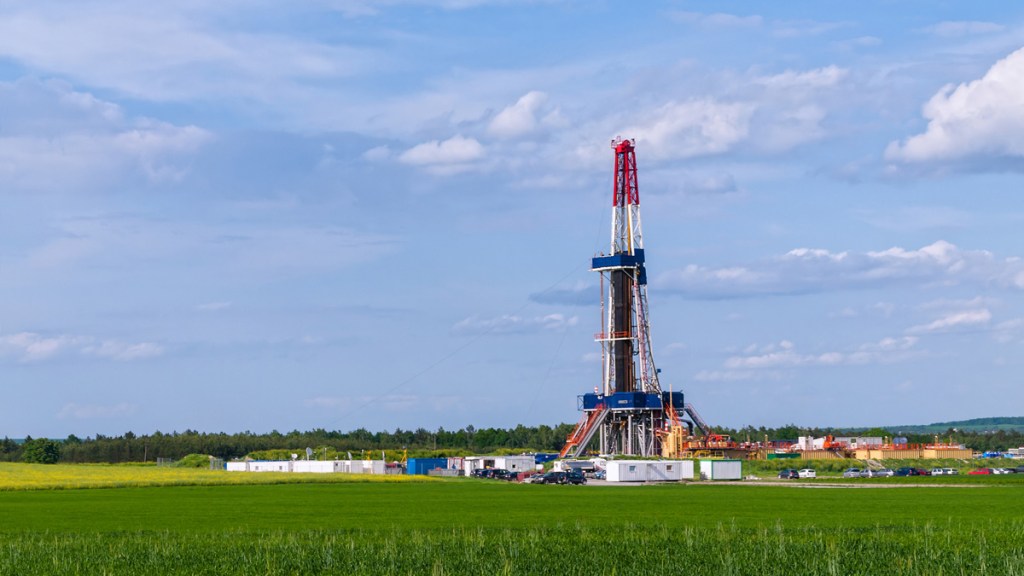 If poring over draft fracking regulations is your cup of tea, then we’ve got a big steaming teapot for you.

California and Illinois both proposed rules governing hydraulic fracturing on Friday, after their governors signed bills requiring them earlier this year. A quick read of the tea leaves suggests that frackers are going to continue plundering Illinois with little thought given to environmental impacts. Frackers operating in California, however, will need to abide by some tough new regulations — but not tough enough to mollify environmentalists, who continue to call for a fracking moratorium in the Golden State.

Let’s look at Illinois first. “The new rules will include requirements that oil and gas companies test water before, during and after drilling, and hold them liable if contamination is found after drilling begins,” the Associated Press reports. But that’s not good enough, greens say.

The Illinois Department of Natural Resources published a first draft of Illinois’ rules for high-volume oil and gas drilling on Friday, and environmental groups quickly criticized them as violating the spirit of regulations that industry, environmentalists and lawmakers crafted together.

The state’s hydraulic fracturing, or “fracking,” regulations were hailed as among the toughest in the nation when they were signed into law by Gov. Pat Quinn earlier this year. The DNR, which will enforce them, must adopt rules to reflect the law, and will seek public feedback until Jan. 3.

But the proposed rules appear to undercut some key protections in the law, said Ann Alexander, a senior attorney with the Natural Resources Defense Council’s Midwest program, who participated in negotiations.

For example, the law requires that wastewater be kept in tanks, rather than open pits used in some other states, but allows emergency overflow into reserve pits. But the proposed rules do not specify how companies should calculate the size of the tanks they’ll need, and allows overflow to be removed seven days after fracking is completed, rather than seven days after it occurs — which Alexander called an “incentive for industry to try to make routine use of the dangerous open-air pits, under the guise of emergency use.”
Illinoisans can submit comments on the rules until Jan. 3.

Now let’s head to California. From the Los Angeles Times:

Hailed by state officials as the toughest in the nation, the draft regulations issued Friday would require those who conduct fracking to get state permits, test groundwater quality and notify neighbors before starting work. …

What’s needed now, [environmentalists] said, is a statewide ban on fracking and related techniques until scientists can provide firm assurances that the practice won’t cause harm.

“We want a timeout,” said Kathryn Phillips, state director of the Sierra Club. “At best, these regulations can be described as a mixed bag,” she said. “At worst, they provide another example of an agency’s continued deference to a regulated entity, even at the expense of public health and the environment.”

Nevertheless, even some opponents conceded that the proposed regulations were better than nothing.

“There are some good provisions from our very preliminary review,” said Bill Allayaud of the Environmental Working Group.

Californians have 60 days to comment on the proposed rules. The state will also be conducting a study of the environmental impacts of fracking, which could take up to 18 months to complete.