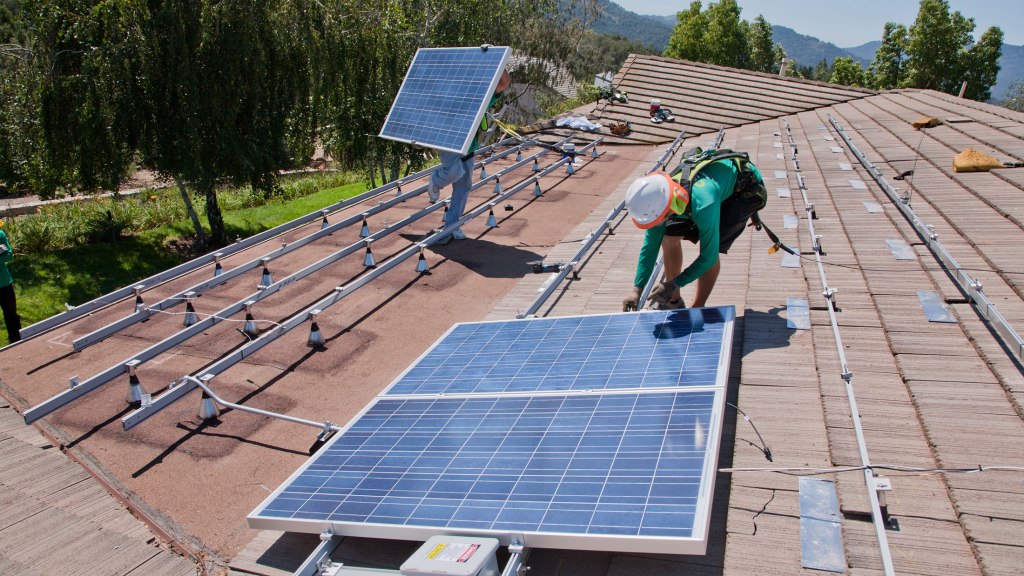 Last year’s decision to close the San Onofre nuclear power plant in Southern California has created a challenge for utilities and utility regulators: How best to replace the facility’s 2,200 megawatts of generating capacity?

The region’s utility is pushing for more fossil fuel power. Environmentalists want a cleaner solution — and the state’s thriving cleantech sector says it could provide just that.

The California Public Utilities Commission is due next month to consider allowing construction of a natural gas–fired plant near the Mexican border. The commission had rejected the plant a year ago, but it’s being reconsidered as part of a mixture of renewable and fossil fuel projects that could help meet the state’s electricity needs in the wake of the San Onofre closure.

Environmentalists and neighbors of proposed new gas plants have been pleading with commissioners for months to reject such proposals. They want more solar, wind, and efficiency to help fill the gap left by lost nuclear power. A clear majority of Southern Californians agree, according to a poll conducted last year.

“There’s all sorts of capacity for clean energy that will be able to take up the slack,” Solana Beach Deputy Mayor Lesa Heebner told La Jolla Patch. “It’s not in [San Diego Gas & Electric’s] financial plan to have solar rooftops in their portfolio as a generator, because they can’t control it.”

And now the state’s cleantech leaders are joining the fight, saying, “We got this.” Here are highlights from a letter that a coalition of renewable energy investors, companies, and industry groups sent to Gov. Jerry Brown (D) this week:

State agencies analyzing how to replace power for the San Onofre Nuclear Generating Station (SONGS), a 100% carbon-free facility, are considering allowing new fossil fuel plants to be built for a large part of that power. We believe this would be a step backwards for climate, clean tech and the California economy.

Replacing SONGS with new natural gas would be a missed opportunity to showcase the clean technologies coming out of California, which are fully capable of solving this decrease in generation capacity without using fossil fuels. Through renewables, energy efficiency, demand response and other smart grid technologies, California can meet all its future energy needs with clean resources.

We say, “Have at it, cleantech.” Here’s hoping that Brown and other officials come to see it the same way.