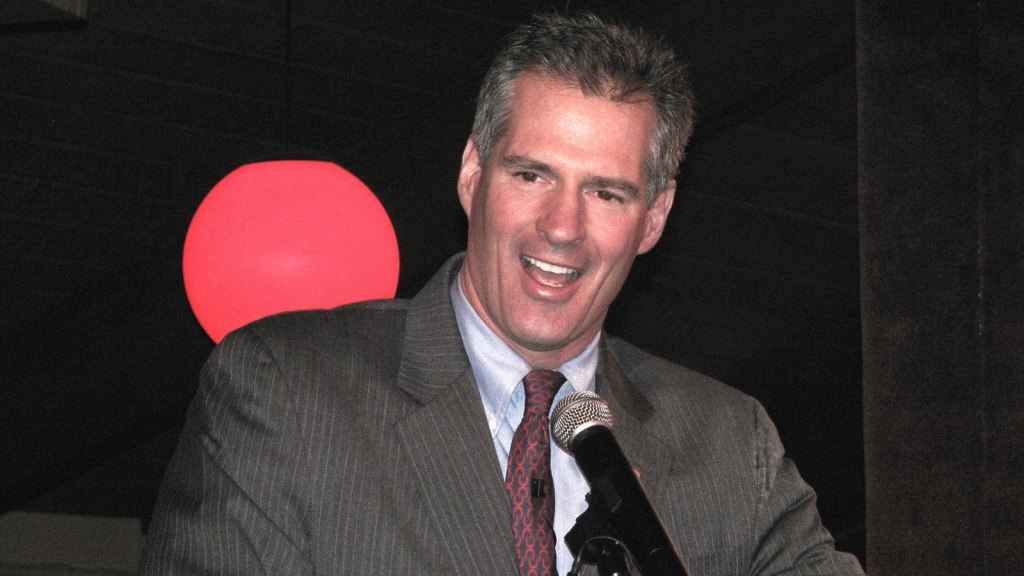 Carpetbagger Scott Brown is discovering that his newfound refusal to accept climate science may hurt him in November’s New Hampshire Senate election. According to a new poll commissioned by the League of Conservation Voters, 48 percent of New Hampshire voters say they would be less likely to support a candidate who does not acknowledge the reality of climate change, versus only 21 percent who say they would be more likely.

The poll was conducted by Public Policy Polling, a Democratic-leaning firm. It found Brown trailing Democratic Sen. Jeanne Shaheen by six points. LCV is running television commercials and robocalls attacking Brown for receiving heavy financial support from out-of-state oil barons like the Koch brothers who approve of his record of protecting tax loopholes for oil companies.

Brown, the former Republican senator from Massachusetts, is a gifted politician. He had to be in order to win the 2010 special Senate election as a Republican in a heavily blue state. He lost his bid for reelection in 2012, to Elizabeth Warren, but even while losing, he outperformed former Massachusetts Gov. Mitt Romney, who was at the top of the Republican ticket.

Brown just didn’t have a future in overwhelmingly Democratic Massachusetts. So he is trying to resurrect his political career by moving up to New Hampshire and challenging Democratic incumbent Shaheen. New Hampshire, with its famously libertarian bent, is the most conservative state in New England.

Brown had positioned himself as a relative moderate when he served in the Massachusetts state legislature and when he first ran for the U.S. Senate. Once in the Senate, he started moving rightward on environmental issues, yet he stood out among Republicans just for accepting the basic science of anthropogenic climate change. But this summer, in order to win the Republican primary in New Hampshire, Brown declared that he no longer accepts the scientific consensus that global warming is caused by greenhouse gas emissions. That may have been a misstep.

While New Hampshire is conservative for New England, that’s a very educated, secular region. New Hampshire is the second least religious state and the ninth most highly educated, according to Gallup and Bloomberg, respectively. The state’s voters may be skeptical of government interventions, but they aren’t a bunch of ignoramuses.

You might expect an electorate’s views on climate policy to reflect its economic philosophy, since it’s largely a matter of economic regulation and not, say, sexual morality. But acceptance of the basic science of climate change also tracks with religiosity. Pew has found that non-religious people are more likely to accept climate science than religious people. Evangelical Christians are less likely to accept climate science than more moderate Christians, like mainline Protestants. Remarkably, 31 percent of Evangelicals not only refuse to accept that greenhouse gases are causing global warming, they deny that the Earth is even warming at all — despite the fact that global temperature increase is a matter of objective fact.

So Scott Brown’s new position might endear him to Evangelicals, but, unfortunately for him, there aren’t very many of those in New Hampshire — particularly not among the state’s swing voters.