Climate deniers are smart enough not to bet against Bill Nye 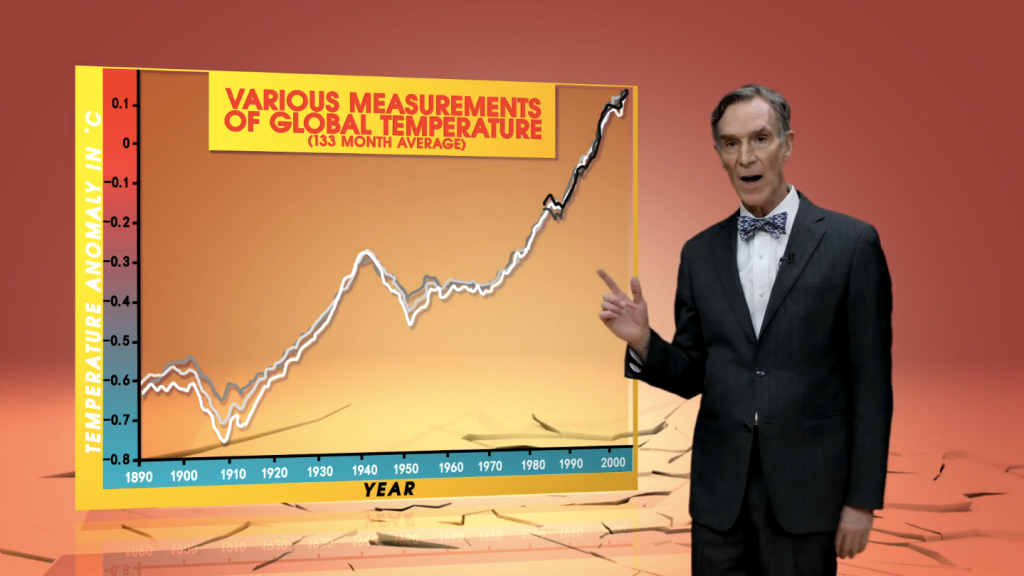 Climate deniers are smart enough not to bet against Bill Nye

No one’s surprised that last month was the hottest April on record. And, it turns out, not even climate change deniers would bet against it.

In April, Bill Nye bet two prominent climate change deniers $20,000 each that this year will be among the top 10 warmest years recorded and our current decade will be the warmest on record. Neither Marc Morano, the director of the denier film Climate Hustle, nor Joe Bastardi, a climate-denying meteorologist, agreed to the bet.

Smart of them, because last month’s heat record is by no means an isolated incident. The Guardian points out that April is the seventh month in a row to break global temperature records, and it’s the third consecutive month to break the monthly heat record by the largest margin ever, according to NASA figures.

Like the rest of us, climate change deniers can recognize the pattern of global temperatures spiraling out of control. Deep down, beneath quibbles about satellite measurements, skewed graphs, and scientific conspiracies, they understand that betting against climate change is looking more and more like a sure loss.

So why do they deny it so often? Oh, right: money. Morano currently serves as executive director of Committee for a Constructive Tomorrow (CFACT), a pro-fossil fuel, anti-regulation lobbying organization. And Nye points out in a video that Bastardi has given many paid speeches for coal and gas companies.

Denying climate change can be lucrative — but betting against it is another story entirely. It looks like climate deniers aren’t comfortable defending their counter-science views by taking a gamble they’re sure to lose.