Climate depression is for real. Just ask a scientist 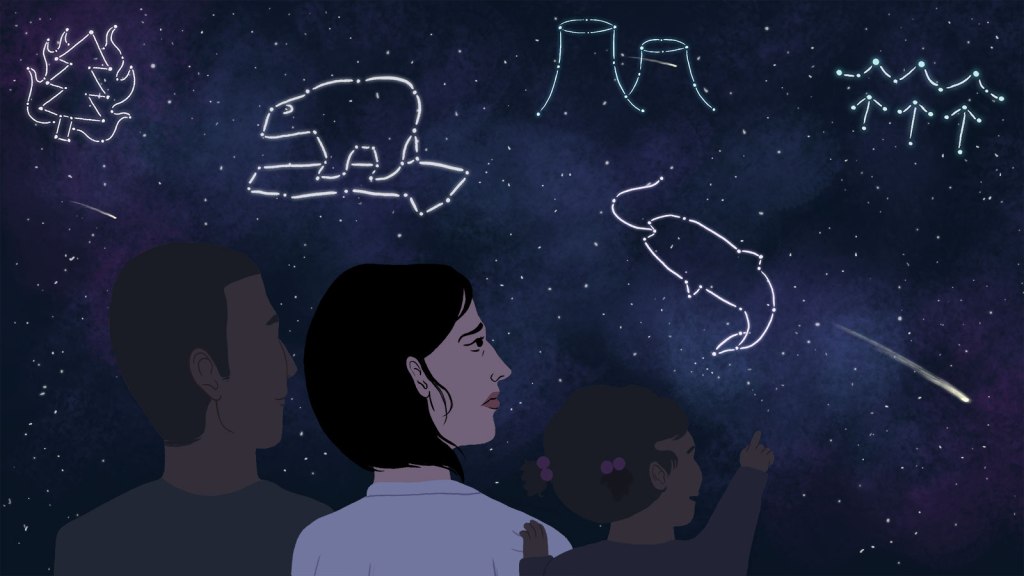 Climate depression is for real. Just ask a scientist

Two years ago, Camille Parmesan, a professor at Plymouth University and the University of Texas at Austin, became so “professionally depressed” that she questioned abandoning her research in climate change entirely.

Parmesan has a pretty serious stake in the field. In 2007, she shared a Nobel Peace Prize with Al Gore for her work as a lead author of the Third Assessment Report of the Intergovernmental Panel on Climate Change (IPCC). In 2009, The Atlantic named her one of 27 “Brave Thinkers” for her work on the impacts of climate change on species around the globe. Barack Obama and Mark Zuckerberg were also on the list.

Despite the accolades, she was fed up. “I felt like here was this huge signal I was finding and no one was paying attention to it,” Parmesan says. “I was really thinking, ‘Why am I doing this?’” She ultimately packed up her life here in the States and moved to her husband’s native United Kingdom.

“In the U.S., [climate change] isn’t well-supported by the funding system, and when I give public talks in the U.S., I have to devote the first half of the talk to [the topic] that climate change is really happening,” says Parmesan, now a professor at Plymouth University in England.

Parmesan certainly isn’t the first to experience some sort of climate-change blues. From depression to substance abuse to suicide and post-traumatic stress disorder, growing bodies of research in the relatively new field of psychology of global warming suggest that climate change will take a pretty heavy toll on the human psyche as storms become more destructive and droughts more prolonged. For your everyday environmentalist, the emotional stress suffered by a rapidly changing Earth can result in some pretty substantial anxieties.

For scientists like Parmesan on the front lines of trying to save the planet, the stakes can be that much higher. The ability to process and understand dense climatic data doesn’t necessarily translate to coping with that data’s emotional ramifications. Turns out scientists are people, too.

Climate scientists not only wade knee-deep through doomsday research day in and day out, but given the importance of their work, many also find themselves thrust into a maelstrom of political, ideological, and social debate with increasing frequency.

As Naomi Klein writes in her most recent book, This Changes Everything: Capitalism vs. The Climate, “We probably shouldn’t be surprised that some climate scientists are a little spooked by the radical implications of their own research. Most of them were quietly measuring ice cores, running global climate models, and studying ocean acidification, only to discover, as Australian climate expert and author Clive Hamilton puts it, that in breaking the news of the depth of our collective climate failure, they were ‘unwittingly destabilizing the political and social order.’” Talk about a lot of pressure.

“I don’t know of a single scientist that’s not having an emotional reaction to what is being lost,” Parmesan is quoted saying in the National Wildlife Federation’s 2012 report, “The Psychological Effects of Global Warming on the United States: And Why the U.S. Mental Health Care System is Not Adequately Prepared.” “It’s gotten to be so depressing that I’m not sure I’m going to go back to this particular site again,” she says, referring to an ocean reef she has studied since 2002, “because I just know I’m going to see more and more of it dead, and bleached, and covered with brown algae.”

Lise Van Susteren, a forensic psychiatrist based in Washington, D.C. — and co-author of the National Wildlife Federation’s report — calls this emotional reaction “pre-traumatic stress disorder,” a term she coined to describe the mental anguish that results from preparing for the worst, before it actually happens.

“It’s an intense preoccupation with thoughts we cannot get out of our minds,” Van Susteren says. And for some, it’s a preoccupation that extends well outside of the office. “Everyday irritations as parents and spouses have their place, they’re legitimate,” she says. “But when you’re talking about thousands of years of impacts and species, giving a shit about whether you’re going to get the right soccer equipment or whether you forgot something at school is pretty tough.”

What’s even more deflating for a climate scientist is when sounding the alarm on climatic catastrophes seems to fall on deaf ears. “How would that make you feel? You take this information to someone and they say they don’t believe you, as if it’s a question of beliefs,” says Jeffrey Kiehl, senior scientist for climate change research at the National Center for Atmospheric Research in Boulder. “I’m not talking about religion here, I’m talking about facts. It’s equivalent to a doctor doing extremely detailed observations on someone and concluding that someone needed to have an operation, and the person looks at the doctor and says, ‘I don’t believe you.’ How would a doctor feel in that moment, not think, but feel in that moment?”

Even if scientists did bring a little emotion to their findings — which raises questions about the importance of objectivity in the sciences — Kiehl worries that such honesty would just provide even more fodder for climate deniers.

It’s only natural then that many climate scientists and activists often feel an extreme pressure to keep their emotions in check, even when out of the spotlight. For activists like Mike Tidwell — founder of the nonprofit Chesapeake Climate Action Network and author of The Ravaging Tide: Strange Weather, Future Katrinas, and the Race to Save America’s Coastal Cities — part of being on the front lines means being outspoken and passionate about the cause. But while activism may be a more forgiving platform to express emotional stresses than within the scientific community, the personal toll of the work goes largely undiscussed.

“You don’t just start talking about unbelievably fast sea-level rise at a cocktail party at a friend’s house,” Tidwell says. “So having to deny the emotional need to talk about what’s on your mind all the time … those are some of the burdens that climate aware scientists and activists have to endure. People talk about climate change, openly talk about activism, and people even talk about how scary it is, and about how screwed we are and unbelievable it is that sea level is rising, and world governments still aren’t doing shit. But nobody talks about how it makes them feel personally.”

So how does a climate scientist handle the stress? Van Susteren offers several “climate trauma survival tips” for those in the field. Meditation and therapy are two, as are taking particular care to reinforce boundaries between work and one’s personal life. But she also says being honest is just as important. “[Don’t] believe that you are invulnerable,” she writes. “In fact, admitting what you are going through makes you more resilient.”

And a dose of honesty may be more than just therapeutic. Some real talk about how we’re all screwed may be just what the climate movement needs. Back in March, Grist’s Brentin Mock wrote that in order to really drive home the urgency of global warming and not just view “climate change only as that thing that happened one year on television to those poor communities in Brooklyn,” maybe it’s OK, when appropriate, to ditch a very limited “just the facts” vocabulary in favor of more emotional language. In other words, he argues that scientists should start dropping F bombs. “Forgive my language here, but if scientists are looking for a clearer language to express the urgency of climate change, there’s no clearer word that expresses that urgency than FUCK,” Mock writes. “We need scientists to speak more of these non-hard science truths, no matter how inconvenient or how dirty.”

Climate deniers aren’t going away anytime soon. But with global organizations like the IPCC reinforcing facts like the 95 percent certainty that humans are driving global warming, the research is sticking. Perhaps it’s time for those deeply involved in climate science to come forward about the emotional struggle, or at the very least, for those in mental health research and support to start exploring climate change psychology with more fervor. And reaching out to scientists in particular could be a huge opportunity to better explore the world of climate psych, says psychosocial researcher and consultant Renee Lertzman.

“There’s a taboo talking about it,” Lertzman says, adding that the tight-lipped culture of the scientific community can be difficult to bridge. “We’re just starting to piece that together. The field of the psychology of climate change is still very, very young … I believe there are profound and not well-recognized or understood psychological implications of what I would call being a frontliner. There needs to be a lot more attention given to frontliners and where they’re given support.”