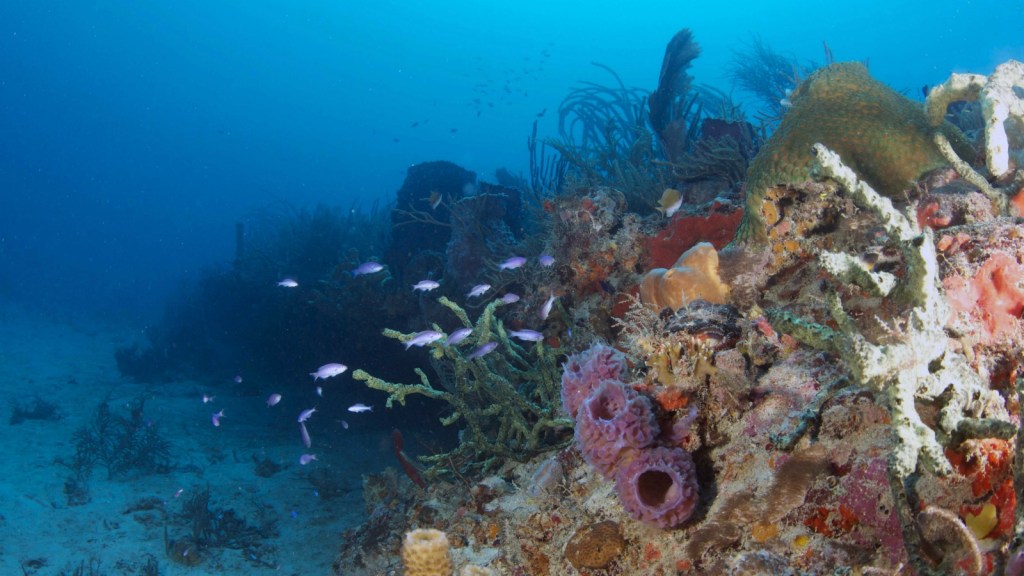 Florida’s coral reefs are disintegrating much faster than expected. And who’s to blame? Oh, you know, just the ENTIRE OCEAN.

Ocean water is growing increasingly acidic as it absorbs the extra CO2 we’re pumping into the atmosphere, and now that water is eating away at the limestone foundations of coral reefs. A new study found that in the northern section of the Florida Keys’ reef — the third largest barrier reef ecosystem in the world — 6 million tons of limestone have disappeared over the past six years.

This wasn’t unexpected. It’s just that scientists had predicted the reef’s “tipping point,” where coral development is so severely limited by ocean acidification that reefs erode, was a good 40 years off — not today.

Ocean acidification is different from coral bleaching, another threat to reefs, though both have a common cause (climate change) and a common effect (dying corals). We’re looking to our most resilient corals to survive the challenges of living in today’s oceans.

We hope we never have to hold a farewell party for Florida’s coral reef, but ocean acidification is spurring along that unsavory outcome. Here’s to hoping we can usher this uninvited guest out of our coral reefs before it’s too late.

Watch our video on ocean acidification to learn more: