Could the Keystone pipeline give you cancer? 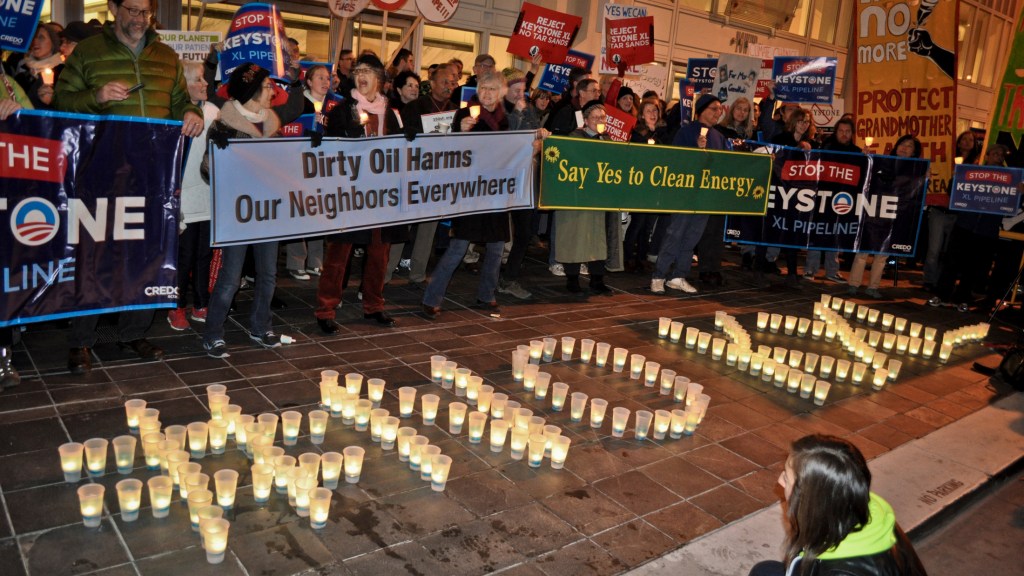 Could the Keystone pipeline give you cancer?

Last week, Sen. Barbara Boxer (D-Calif.), head of the Senate Environment and Public Works Committee, announced that she had some “dramatic new information” to share. The information: Heavy crude from tar sands isn’t just going to bring us back to the hot mess of the Cretaceous, it’s also going to make us sick. Or some of us, anyway.

The information is dramatic, though not new. Every time you’re around crude, heavy or light, it’s not great for you. Anyone who uses the EPA’s website to search for pollution near their zip code is going to find a lot of old gas stations and auto body shops. The health risks Boxer highlighted — asthma, respiratory ailments, increased risks of heart disease and cancer — are ones that community activists near oil refineries, power plants, and drilling operations have been warning about for years. But extraction of heavy crude releases more emissions than extraction of light. And when a pipeline carrying heavy crude ruptures, the resulting spill is much more difficult to clean up, meaning that — so far, at least — more of it stays in the ecosystem it spills in, up to and including the people in that ecosystem. So Boxer is not so much making a new argument as reformulating an old one and, in the process, giving anti-Keystone activists another line of attack: human health.

At her press event on Wednesday, Boxer brought experts to speak on the health risks potentially posed by Keystone. The first, John O’Connor, was profiled in Mother Jones six years ago. A rural physician working in Fort Chipewyan in Alberta, Canada, he became convinced that the community’s residents had much higher rates of lung, colon, bladder, and prostate cancer than residents of other small towns in the region, and suspected there was a connection between those rates and a tar-sands extraction operation upstream. When O’Connor found five cases of a rare cancer of the bile duct in the community, he reported his suspicions to the Canadian government, and then the press. The news didn’t go over well. Canada’s national health agency accused him of exaggerating his numbers and raising “undue alarm” about the dangers of living in Fort Chipewyan and creating “a sense of mistrust” in authorities. O’Connor could have had his medical license suspended or revoked, but the charges were later dropped. Since then, the Alberta Cancer Board has recommended monitoring Fort Chipewyan for the next five to 10 years, but the small size of the community makes it less than ideal for an epidemiological study.

The health effects of environmental pollution are notoriously difficult to quantify. People lead such complicated lives before they get cancer that it’s difficult to pinpoint one huge cancer-causing villain. Humans make poor lab rats — they live longer than rats, for one thing, and they have a way of doing things that complicate experiments, like smoking, or taking new jobs, or moving from house to house and from city to city.

But the research of Isobel Simpson and Stuart Batterman, another team cited by Boxer, also suggests there could be potentially troubling links between tar-sands production and cancer, though they’re more cautious than O’Connor. After searching through a decade’s worth of Canadian medical records, the duo concluded in a paper published in October 2013 that men living in counties downwind of tar-sands extraction operations and refineries in Alberta, Canada, had higher levels of leukemia and non-Hodgkins lymphoma, but they stopped short of saying that the industry had caused the elevated levels of cancer.

Simpson and Batterman uncovered other disturbing information as they tried to figure out which counties in Alberta were most affected by tar-sands extraction and refining. Rather than going by the counties’ own emissions records, they calculated air quality by taking one-minute samples of the air in different counties at random times over a period of several years. Their readings showed that these rural, out-of-the-way counties had air quality as bad as some of America’s largest and most polluted metropolises (Galveston, Texas, was a close match). They also had high levels of carcinogens like 1,3-butadiene that plants in the area had never disclosed they were emitting.

Boxer’s stated goal in holding her press conference was to pressure the State Department to conduct a new study into the human health impacts of the proposed Keystone XL pipeline. The 11-volume doorstop of an environmental impact study that the State Department bestowed upon the nation last month is “woefully inadequate” in examining health risks from the pipeline, Boxer said. She continued:

Children and families in the U.S. have a right to know now — before any decision to approve the Keystone tar sands pipeline — how it would affect their health.

Secretary of State John Kerry is probably not going to call for a health study and add yet another step to this already protracted and controversial process. But if he did, it would give him and President Obama an excuse to stall on the Keystone decision even longer, past November’s midterm elections, bolstering its reputation as the nation’s biggest hot potato.