For years, people have debated a burning question: Are electric vehicles actually better for the environment than their gas-powered rivals — even in the regions where a lot of electricity comes from coal?

We’ve heard from the naysayers and the yeasayers. A new study from the Union of Concerned Scientists, which compared the greenhouse gas emissions of electric and gas vehicles from cradle to grave, offers another vote in the “yes” column.

The average electric car in the U.S. produces pollution similar to that of a gas vehicle that gets 68 miles per gallon, the study showed. That means that EVs cut emissions by 60 percent when compared to an average gas-powered car.

Electric vehicles provided the most pollution reduction in places rich in renewable energy (like upstate New York) and the least in central U.S. states (like Kansas) that still rely heavily on coal to produce electricity: 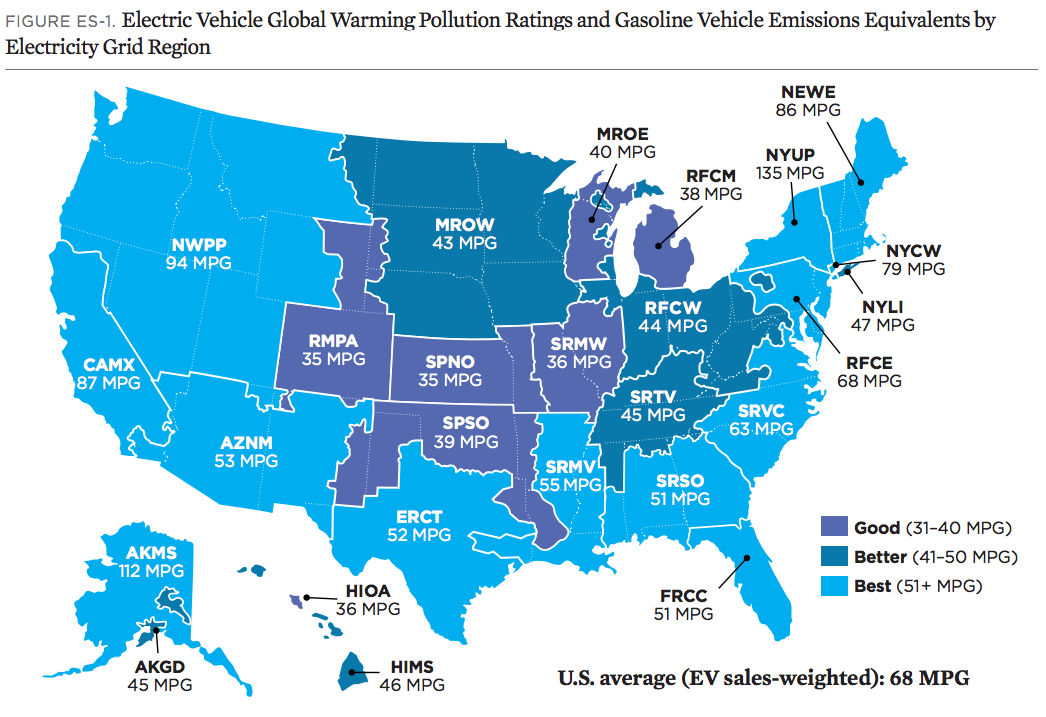 The analysis was based on the Nissan Leaf and Tesla Model S, the two best-selling EVs in the nation. To compare the emissions of electric, hybrid, and gas cars in your area, plug your zip code into this helpful online tool.

At a national level, EVs emit less than half the greenhouse gases that comparable gas vehicles do, even when you take the additional pollution created during EV manufacturing into account, according to the study.

Now, almost a decade after the release of the documentary Who Killed the Electric Car, there are over 1 million electric vehicles on the road around the world — and it looks like EVs aren’t dead after all. And that’s a good thing, since as electricity becomes cleaner, so will electric cars.