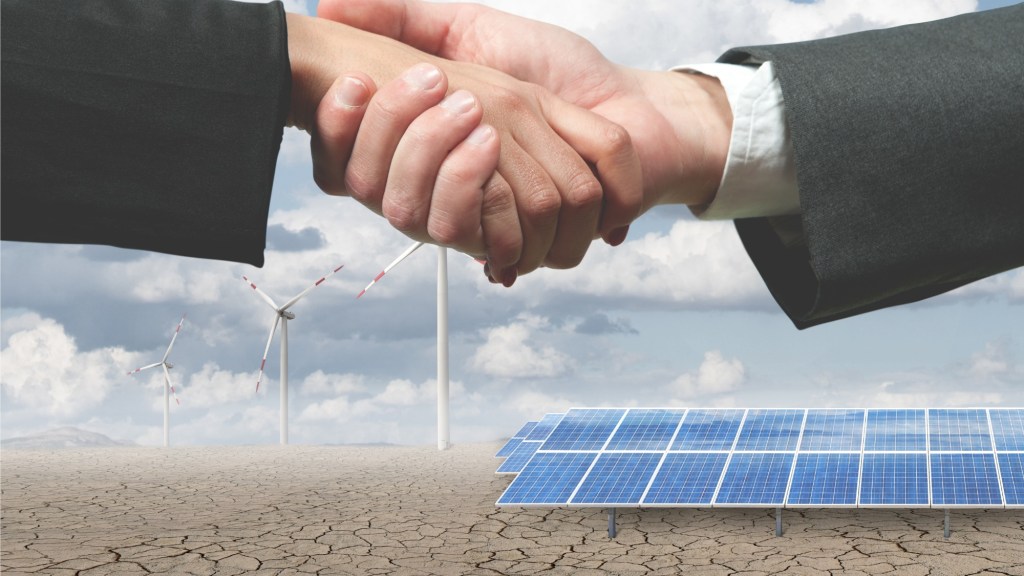 Government leaders huddling with business leaders at the World Economic Forum in Davos agreed on Friday to remove tariffs on so-called “environmental goods.” Unfortunately, that agreement could end up warming the globe and harming the environment.

If a “joint statement regarding trade in environmental goods” that was signed by the U.S. and 13 other countries evolves into a binding World Trade Organization (WTO) agreement, then the container ships and trucks that crisscross the globe could start hauling more solar panels, wind turbines, and other such goodies from factories to consumers across international borders.

“We are convinced that one of the most concrete, immediate contributions that the WTO and its Members can make to protect our planet is to seek agreement to eliminate tariffs for goods that we all need to protect our environment and address climate change,” the joint statement says.

We’re talking about some serious green here. The Office of the U.S. Trade Representative, which describes such an agreement as a high priority for the U.S., says total global trade in environmental goods is worth $955 billion a year — and that 86 percent of that involves the signatories to the joint statement. Some countries apply tariffs of more than a third to such products.

On the face of it, that could seem to make some sense. So why isn’t everybody buying it?

For starters, it’s worth remembering that continuing to limit such trade would help green-collar jobs flourish closer to where the environmental goods are actually used. That would help communities everywhere embrace their own renewables revolutions, while also reducing carbon emissions from shipping and trucking.

But the problems go deeper than that. The protectionist government of India sees the agreement as a straight-up ruse — an effort to boost free trade that’s masquerading as environmental do-goodism. India’s position starts to make sense once you consider the broad list of products that would be included under the agreement. Here’s Ilana Solomon, the Sierra Club’s Responsible Trade program director, with the details in a blog post:

[I]f you dig into the list of products whose tariffs would be reduced or eliminated — the starting point for the WTO negotiations — you’ll see that many would actually harm the environment.

Incinerators, for example, are used to burn waste material and release toxic chemicals and byproducts into the air, water, and ground. Secondly, steam generators are found in equipment used in dirty fuel-production processes such as nuclear and coal-fired power plants that pour harmful toxic chemicals into the air we breathe and emit climate-disrupting carbon pollution. Also, centrifuges, which are used to filter and purify water for a variety of reasons, can also be used in the production of oil and tar sands — dirty fuels which should be on their way out as more clean energy comes online in America.

It’s great that the world’s most powerful people say they want to help the environment. But, as Solomon writes, “the key to unlocking clean energy is developing home-grown approaches to renewable energy production and manufacturing that lift up and protect workers within and outside of the U.S.”