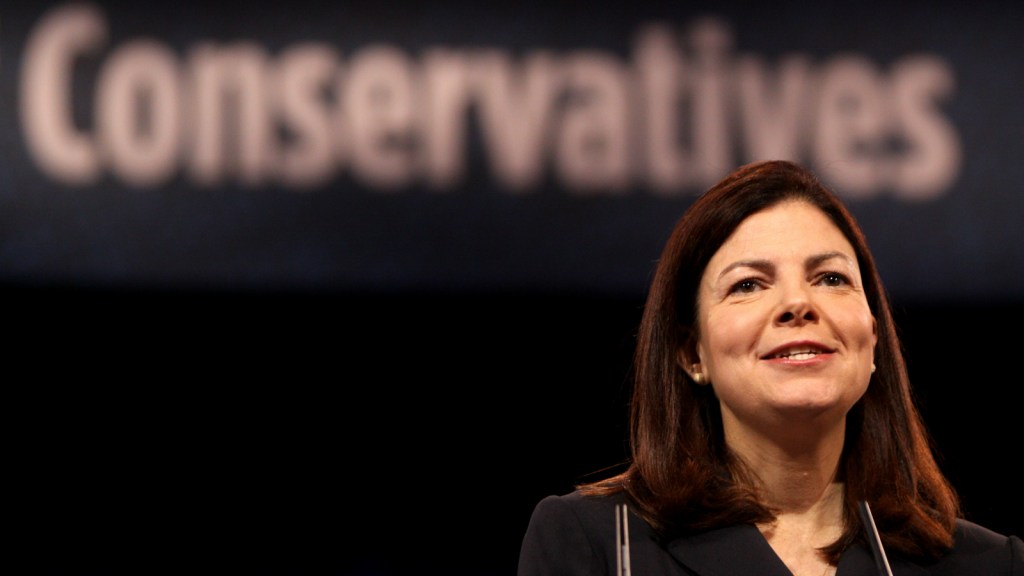 Sen. Kelly Ayotte (N.H.) is angling to turn herself into a Republican leader on climate change — at least in part to fight off a 2016 reelection challenge from a climate-hawk Democrat.

Last Sunday, Ayotte became the first GOP senator to express support for President Obama’s Clean Power Plan, which will rein in CO2 emissions from electric utilities. On Wednesday, she released an ad touting that position and her other efforts to protect the environment. And on Thursday, she announced the formation of a new Senate Energy and Environment Working Group, which a spokesperson said will “talk about ways to build support for protecting the environment and climate and promoting cleaner energy production while also helping the economy.”

The new working group will include three other Republican senators who’ve acknowledged that climate change is a real problem: Lamar Alexander (Tenn.), Lindsey Graham (S.C.), and Mark Kirk (Ill.). Kirk, like Ayotte, is facing a tough reelection race in a moderate state. He appeared to waffle on climate science earlier this year, but has apparently settled on saying it’s a real, human-caused problem and trying to do something about it.

Politico’s Andrew Restuccia writes, “The establishment of the working group shows the shifting political dynamics at play over environmental policy, with some in the GOP worried that Republicans’ skepticism of mainstream climate science and opposition to air and water regulations isn’t sustainable in the long-term.”

We see a similar dynamic at play in the House, where Rep. Chris Gibson (R-N.Y.) is rounding up a handful of Republicans who want to shift the party’s approach on climate change (and inoculate themselves against election-season charges of obstructing climate action). Last month, as noted by Grist’s Ben Adler, Gibson and 10 other House Republicans introduced a resolution affirming their acceptance of climate science and their support for (as-yet-undefined) action to cut greenhouse gas emissions.

And these more climate-friendly congressional Republicans have some big-money backers. Jay Faison, a wealthy North Carolina businessman, has donated to Graham and other GOP candidates, and he plans to spend $175 million to push the GOP to address climate change. Andy Sabin is another wealthy businessman supporting Republicans who want to cut carbon emissions. In an interview with Grist earlier this month, Sabin named Ayotte, Kirk, Graham, and Gibson as Republicans he’s excited about.

Some of those same names cropped up last week at the Conservative Clean Energy Summit in Washington, D.C., a first-of-its-kind gathering of Republicans pushing for “energy reform.” Amanda Little, who’s been interviewing conservative climate leaders for a Grist special series, attended the conference and reported on it for The New Yorker. From her piece:

The summit was organized and hosted by Michele Combs, who heads up the group Young Conservatives for Energy Reform (Y.C.E.R.), and her mother, Roberta Combs, the president and C.E.O. of the Christian Coalition of America. … “Clean energy is not a Democrat issue, it’s a family issue,” [Michele] told me. … The summit was part of an ongoing effort to move the issues of climate change and clean energy from the margins of the Republican Party to its mainstream. Although the Combses scarcely spoke at the event, they chose others to make their case — the executive of a solar-power company, a three-star and a four-star general, two congressman, and six U.S. senators. …

The long-term goal of Y.C.E.R., Michele Combs told me, is to help get “a comprehensive energy-reform bill” passed in the Senate soon after the next administration takes office — a bill that could also, in effect, break the congressional climate-legislation stalemate. … “We’re building grassroots to provide cover — to keep senators politically safe when they support energy reform,” Combs said. “First, we’re establishing common ground and a new terminology. Terms like ‘energy reform’ will bring a lot more conservatives to the table than ‘climate change.’”

No matter what they call it, changing most Republican politicians’ hearts and minds will be a tough slog. The majority of GOP members of Congress still don’t accept the well-established science of climate change, and even those who do are much more likely to criticize Democrats’ proposed solutions than to propose their own.

It’s a good sign that Ayotte feels she needs to support climate protections if she wants to be reelected. We might see more of that from her GOP colleagues in the Senate, all of whom need to be elected by statewide constituencies. But in the House, Gibson and his fellow resolution signers are anomalies — they’re in moderate districts, while most of their Republican colleagues are in dark-red districts and risk being primaried out of office if they call for cutting CO2 emissions.

If Combs and her allies could change that dynamic, it would be huge. It’s highly unlikely to happen anytime soon, but you won’t find anyone better positioned to lead the charge. As Little wrote in the intro to a Grist interview with Combs, she’s “possibly the most impassioned and unexpected messenger on clean energy and climate change the GOP has ever seen.” And with a mom who’s president of the Christian Coalition, she’s certainly got conservative cred.