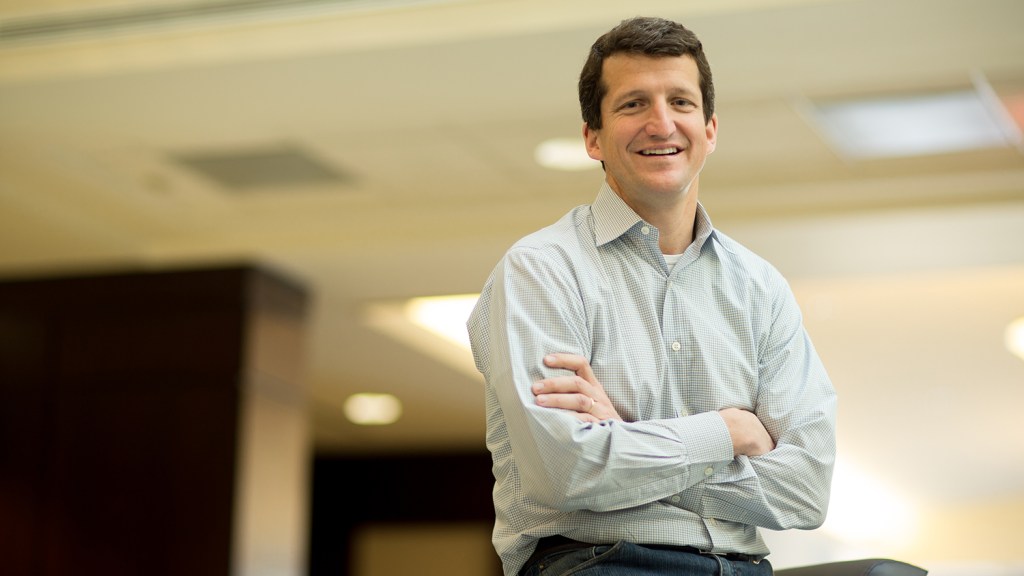 Jay Faison made the rounds during the GOP convention in Cleveland, speaking on panels and being presented as a renegade Republican who cares about climate change. It’s a shtick the media loves. Since the wealthy businessman announced last year that he would be spending $175 million to promote climate action to Republicans and promote Republicans to climate-minded voters, he’s gotten loads of positive press.

Too bad it’s not warranted. Neither Faison nor most of the candidates he backs support real climate action.

Faison has come out against President Obama’s Clean Power Plan, a set of EPA regulations designed to cut carbon pollution from the electricity sector. That’s not shocking: Many conservatives who accept climate science oppose Obama’s plan too. But conservative thinkers who are serious about the issue — such as Greg Mankiw, formerly chief economic advisor to President George W. Bush — tend to favor a carbon tax. Faison doesn’t like that solution either, even if it’s revenue-neutral.

In fact, Faison has not endorsed or proposed any policies specifically designed to reduce greenhouse gas emissions, whether from the electricity system, transportation, agriculture, or any other sector.

The entirety of Faison’s nominal pro-climate platform is ill-defined support for “clean energy.” That’s a serious shortcoming because encouraging clean energy will only get us so far; we also need to discourage dirty energy. But Faison doesn’t even understand the difference between the two. He enthusiastically favors more drilling for natural gas, despite the many studies demonstrating that methane leakage renders natural gas no better for the climate than coal. He calls for expedited approval of liquefied natural gas terminals, despite the fact that liquefying gas and shipping it overseas makes it even worse for the climate. He also talks up the promise of “clean coal,” even though the carbon-capture-and-sequestration technology that could theoretically make coal less dirty has yet to be proven affordable or widely effective.

Wind and solar power, on the other hand, which have been proven affordable and effective, get just a dismissive mention on the ClearPath homepage. The site gives much more attention to natural gas, coal, hydro, and nuclear. (And the homepage doesn’t mention the word “climate” at all.)

Consider Rob Portman, senator from Ohio. In 2015 alone, Portman voted to undermine the landmark U.S.-China joint climate agreement, to increase oil and gas drilling on public land, to force approval of the Keystone XL pipeline, and to block the Clean Power Plan. The League of Conservation Voters recently added Portman to its “Dirty Dozen” list of candidates it wants to defeat. Portman did cosponsor a modest, bipartisan energy-efficiency bill, which was signed into law last year, but that’s about the extent of his climate-friendly efforts.

The three representatives Faison is backing — Carlos Curbelo of Florida and Tom Reed and Elise Stefanik of New York — are no better. Faison’s apparent reason for supporting them is that they signed a House resolution recognizing the existence of climate change and making a vague call for unnamed solutions. But none have proposed or endorsed specific plans for cutting carbon emissions, and all three voted in 2015 to overturn carbon pollution regulations, for Keystone XL, and against rules governing fracking on public land.

Sen. Kelly Ayotte of New Hampshire, whom Faison is also backing, has the greenest record of his chosen candidates. She has taken many pro–oil and gas votes, but at least she supports the Clean Power Plan.

Other GOP candidates Faison has backed previously aren’t serious about fighting climate change either. In fact, he supported one of the biggest opponents of climate action: Senate Majority Leader Mitch McConnell of Kentucky, a dogged defender of Big Coal. During the Republican primaries, Faison gave $50,000 to a PAC supporting Jeb Bush, despite the fact that Bush has waffled on whether climate change is a real problem and has never supported any serious climate solutions. Faison also donated $120,000 to the super PAC supporting South Carolina Sen. Lindsey Graham, who used to be active in pushing climate solutions but has done virtually nothing since yanking his support away from a bipartisan climate bill in 2010.

Faison is deluded about Republican politicians’ views on pollution

Faison asserts that Republican candidates can be convinced to support clean energy because they care about clean air. “If you believe in air pollution, then perhaps we could get to the same place,” Faison told The New York Times in June, regarding his outreach to Donald Trump and other climate science deniers in his party. “If we have cleaner energy solutions and it brings more energy independence, more jobs, and lower air pollution, then we would do these things even if we don’t agree with scientists on climate change.”

Where did Faison get the idea that Republicans in Congress want lower air pollution? Certainly not from any honest appraisal of their voting records. Even the candidates he supports vote against regulating conventional pollutants. Just last week, Curbelo and Reed joined most other House Republicans in voting to gut numerous protections for clean air and water. GOP politicians routinely blast Obama’s “war on coal” and promise to bring coal back, even though that “war” consists mainly of stricter regulations of conventional air and water pollutants such as coal ash and mercury.

Faison cares more about the Republican Party than the climate

As The Wall Street Journal reported in February, “For Mr. Faison, the argument on behalf of forming a clean energy platform for the GOP is a political one. ‘We know the left is going to use this as a wedge issue in this election,’ he said in an interview. ‘I’m dedicated to helping conservatives and the GOP go on the offense on this issue.’ He said offering a conservative clean-energy platform would strengthen the party among key demographics, such as young voters.”

When Faison launched ClearPath a year ago, Politico’s Darren Goode, who has since joined ClearPath as a spokesman, wrote, “the trend among Faison and other green Republicans is to showcase ideas that are or should be pretty well established within the GOP policy framework.” But the policies already within the GOP framework will not avert catastrophic climate change. They won’t even reduce emissions, much less cut them 80 percent from 1990 levels by 2050, as climate scientists say is needed. (Faison declined, via Goode, to be interviewed by Grist, and Goode said he could not answer emailed questions in time for publication.)

So, other than helping to elect Republicans, what is the point of Faison’s endeavor?