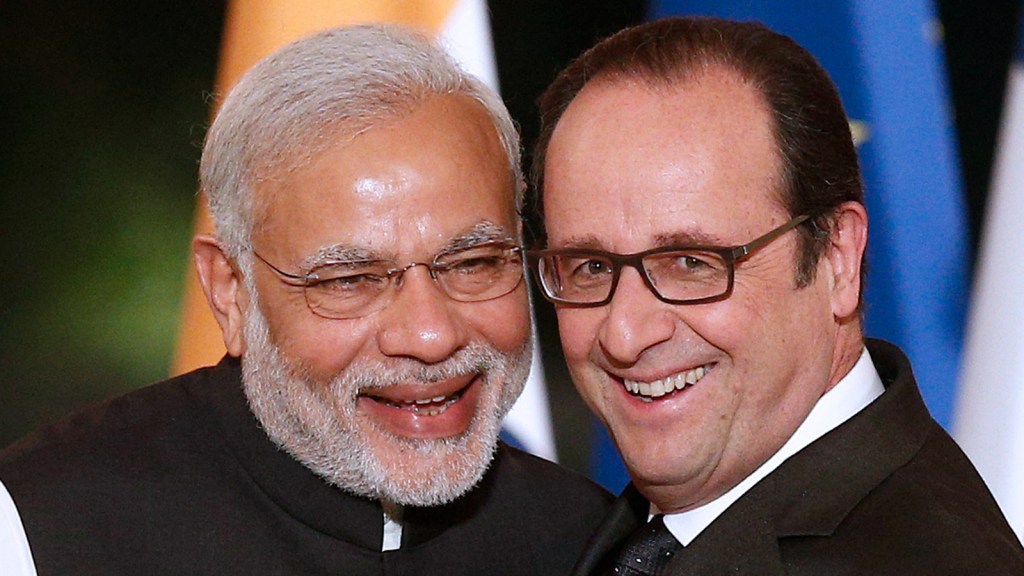 PARIS, France — On the first day of the Paris Climate Conference, Indian Prime Minister Narendra Modi and French President François Hollande made a big joint announcement: They have cowritten the preface to a 175-page collection of inspirational green quotes. Entitled Ecology of Our Worlds: Views on Climate and the Environment, the book contains meditative nuggets from the likes of Tolstoy, Confucius, and the Egyptian Book of the Dead. The leaders also launched Grammy winner Ricky Kej’s new album of “world music for environmental consciousness.”

But forget inspirational quotes and Ricky Kej for a moment. At the same press conference, the duo announced a related, multimillion-dollar solar alliance intended to spur investment in solar energy in 121 countries in the tropics.

The so-dubbed International Solar Alliance, described by Hollande as climate justice in action, aims to reduce “the cost of finance and cost of technology for immediate deployment of competitive solar generation.” India will commit $27 million to seeding the alliance over a five-year period beginning in 2016, according to a working paper.

The announcements come at a time of high pressure for India with respect to the climate. The country finds itself between two great forces: a national hunger for development and an international (read: Western, developed country) call for less CO2 pollution.

India has an exceptionally wide electricity gap: About a fourth of its citizens, some 300 million people, lack access to electricity. That’s almost the size of the entire population of the United States. India hasn’t been a big climate polluter yet, but as it connects its fast-growing population to the grid, it’s poised to become one.

India’s pledge for the Paris talks includes adding 175 gigawatts of solar and other clean energy capacity by 2022. But more renewable energy doesn’t necessarily mean fewer emissions. India is also expected to build nearly 200 gigawatts of coal power capacity in less than a decade. “The dream of universal access to clean energy is becoming more real,” said Modi. He suggested the solar initiative will leverage “the glory of the sun.” And, by definition, it will. But his country is still expected to triple its greenhouse gas emissions by 2030.

The $27 million India pledged to the new solar alliance is symbolic but exceptionally tiny in the scheme of things. Real money to take the world solar, or even just to take India solar, will have to come from richer countries. Modi’s government said in October that it would need $2.5 trillion by 2030 to make good on its Paris pledge — and that doesn’t even have India cutting emissions, but rather reducing the amount of pollution per unit of economic growth.

At Monday’s press conference, Modi and Hollande exchanged identical copies of the book they had prefaced. I turn to the “Balance” section of Ecology of Our Worlds and find a quote by Victor Hugo: “Nothing is solitary, everything is in solidarity.” I am not inspired.