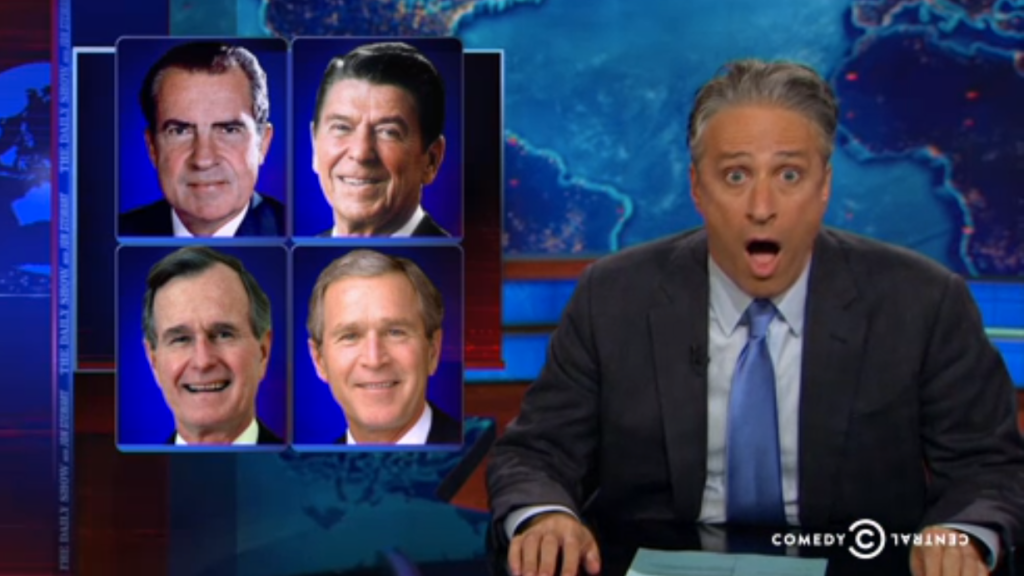 There’s no better evidence of how much the Republican Party has changed on the environment than this: The fact that Environmental Protection Agency administrators who served under Richard Nixon, Ronald Reagan, George H.W. Bush, and George W. Bush all think global warming is real and we should do something about it.

The whole spectacle was enough to inspire a Jon Stewart rant, one that is truly priceless. Watch: