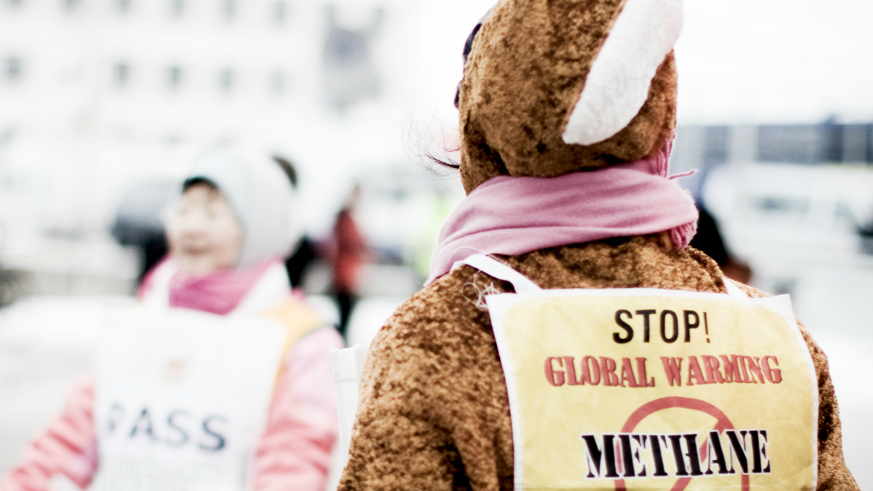 Methane, the second most common greenhouse gas emitted by the U.S., is a scary, scary thing. Thanks to two new studies, we just found out a bit more about how, through drilling for oil and gas, it leaks into the air.

Compared with CO2, methane is frighteningly potent — it’s 86 times more effective at trapping heat than CO2 over a 20-year time period. Even though the EPA estimates that methane is only 9 percent of the greenhouse gas cocktail the U.S. is tossing into the sky, the Environmental Defense Fund estimates that methane is responsible for around 25 percent of the human-made global warming we’re experiencing. The biggest source of methane emissions? The oil and gas industry, of course.

The first new study, put out by Princeton University and published in Proceedings of the National Academy of Sciences, found that millions of unused oil and gas wells across America could be leaking significant amounts of unreported methane. Researchers measured methane leaks from 19 abandoned wells in northwestern Pennsylvania. From a Princeton announcement:

Only one of the wells was on the state’s list of abandoned wells. Some of the wells, which can look like a pipe emerging from the ground, are located in forests and others in people’s yards. [Researcher Mary] Kang said the lack of documentation made it hard to tell when the wells were originally drilled or whether any attempt had been made to plug them.

All of the 19 wells that the researchers looked at were leaking methane. All of them! But three of them were spitting out methane at thousands of times the levels that the others were. From an earlier study conducted by Stanford University, we know that there are around 3 million abandoned wells like the ones Princeton studied scattered across the U.S. That means abandoned wells like these that are just sitting out in the woods, not doing anything for anybody, could be making a notable contribution to climate change. Pennsylvania makes an attempt to plug those wells, but the Department of Environmental Protection, which is tasked with that work, is, predictably, understaffed.

The second study, by the University of Texas at Austin with funding from both the EDF and natural gas companies, found that among those wells that are operating, only a few are responsible for the vast majority of emissions. Around 20 percent of sites researchers looked at were emitting far more than the rest. “To put this in perspective, over the past several decades, 10 percent of the cars on the road have been responsible for the majority of automotive exhaust pollution,” said David Allen, chemical engineering professor at the Cockrell School and principal investigator for the study, which was published in Environmental Science & Technology. With natural gas wells, he said, it appears to be the same situation.

To sum up: Emissions from oil and gas wells — both those that are currently operating and those that have been abandoned — are a major issue that has been going largely unnoticed.

Unfortunately, America doesn’t have a system set up to monitor the wells and determine which are the major emitters. And, even if we did, there’s no standard policy on what to do with methane-leaking wells when we find them. The White House announced back in March that it intended to fill this policy gap with some regulations by the fall of 2014. But the regulations aren’t out yet, and environmental groups are becoming frustrated.

“The last we heard was the same. EPA is expected to decide on whether to issue methane standards this fall,” said Kate Kiely, a spokesperson for the Natural Resources Defense Council, which, along with Clean Air Task Force and the Sierra Club, issued a report showing how the EPA could cut methane leaks from oil and gas drilling in half. But winter’s drawing closer by the day. “The clock for that timeline is ticking, and we’re hopeful they’ll stick to it and release strong standards for reducing this waste.”