No, you actually haven't found a way to reach conservatives on climate change 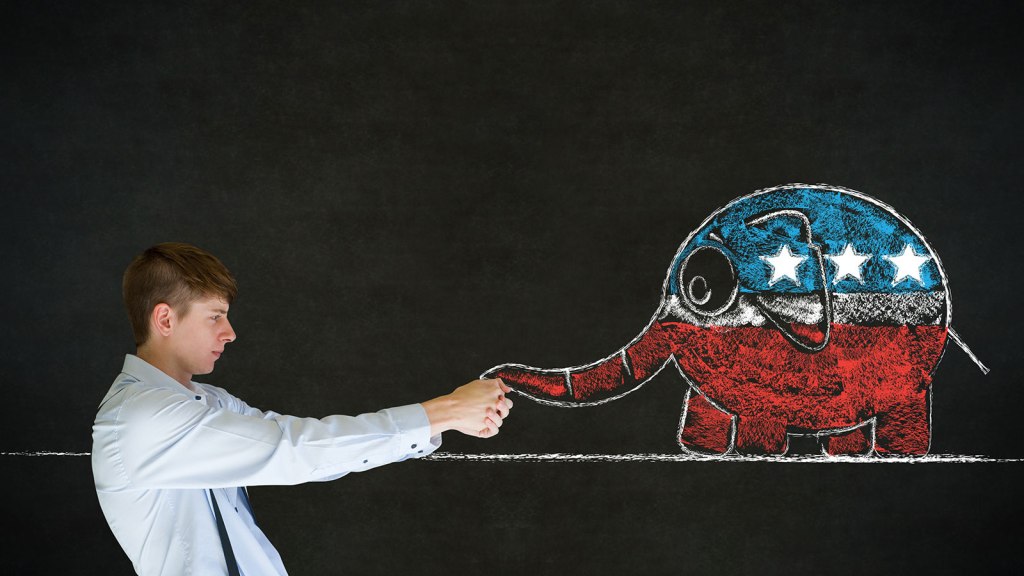 No, you actually haven’t found a way to reach conservatives on climate change

The polarized state of U.S. politics is an ongoing obsession of mine, particularly the state of the conservative movement and its implications for the climate change fight. Long story short, I argue that the contemporary U.S. right is too far gone to reach on climate change.

A few posts on the subject:

A couple of pieces have appeared on other sites recently that push back against my conclusion. They provide a good opportunity to clarify and reinforce a few things.

Over at Science of Us, Jesse Singal writes about new psychological research on how to appeal to conservatives on climate change. And on Huffington Post, Bill Becker — head of the Presidential Climate Action Project — argues that it’s still possible to find common ground on the issue.

Singal says that reaching conservatives “has more to do with psychology than politics.” And Becker turns to poll results to bolster his case. In both cases, I am skeptical.

For example: Becker cites the fact that party identification is on the decline. More and more people are identifying themselves as “independent,” mainly because they are disgusted by Congress and politics generally. Many people take this to mean that voters are rejecting extremes, moving to the middle, up for grabs, open to fresh ideas. But as political scientists will tell you, independents are almost always undercover partisans; they overwhelmingly vote with one party. True swing voters have been, and still are, on the decline. Party identification may be on the wane, but polarization is proceeding as fast as ever.

Similarly, Becker cites a whole raft of polls (many of which I’ve cited myself!) showing majorities of Americans in favor of action on climate change, clean air regulations, energy efficiency, and clean energy. Polls show striking unity on these subjects, at least relative to more divisive issues like taxes or defense. But the fact that those polls rarely translate into political unity, to action, ought to give us pause.

Put a conservative in a room with a poll and ask him whether he supports cleaner air. Why of course he does! More efficient energy use? Sure! More solar energy? Yes, please! People like cleaner, more, and better, generally speaking.

The same is true of psychological experiments. Isolating a person in a lab and testing their response to a message delivered in isolation will tell you something. But it won’t tell you much about how the same person will respond in a blooming, buzzing real-world context, surrounded by an ideologically supportive set of peers and influencers, exposed to multiple media streams intent on delivering opposing messages.

Singal knows all this, of course. “It’s not as though shifts in framing can undo decades of culture-war battles,” he admits. The fact is, in politics, finding a message that appeals is only the first step, and a small one. What makes a message stick is not its inherent appeal but its delivery. We trust messages from peers and leaders in our tribe and messages that fit comfortably within our worldview. And we remember messages that are frequently repeated. What the right has achieved, partly through polarization itself and partly through organized effort, is a situation in which most conservatives are mostly surrounded by other conservatives and are exposed mostly to conservative media.

Epistemic closure means that signals from outside have a hard time getting in. Clever messages that work on polls and in labs will only do their work if they can penetrate the bubble. Until you solve that dilemma, you can’t say you’ve found a way to appeal to conservatives, not in the real world, anyway.

Climate change is not endlessly malleable

People who devote their time and attention to communications tend have great faith in its power. They believe climate change can be communicated to anyone, if you just proceed from the right values and frames. I think this is wrong, that climate change, by its nature, is hostile to some values and amenable to others (a point Naomi Klein makes powerfully in her new book).

Put simply, system justification arises from the deep-seated psychological need for humans to feel like the broad systems they are a part of are working correctly. …

People tend to deal with major threats to their systems in one of two ways: taking a threat so seriously that they seek out ways to neutralize it, or “finding ways to justify away problems in order to maintain the sense of legitimacy and well-being of the system,” explained Irina Feygina, a social psychologist at New York University. This latter route is system justification.

Conservatives’ propensity to system justification is tied up with the rest of the conservative psychological profile — the greater value they place on hierarchy, in-group membership, and familiarity (liberals rate higher on openness to new experience).

So how would one craft a climate message to appeal to those prone to system justification?

“What you need to do is put the system first,” said Feygina. “Instead of saying, ‘Let’s deal with climate change, let’s be pro-environmental, let’s protect the oceans,’ what you need to do is come in and say, ‘If we want to preserve our system, if we want to be patriotic, if we want our children to have the life that we have, then we have to take these actions that allow us to maintain those things that we care about.’” The starting point can’t be about averting catastrophe, in other words — it has to be about pride in the current system and the need to maintain it.

I agree: That message, if used deftly, would avoid triggering system justification. Problem is, it would also be deeply misleading.

The current system is not going to survive. There is simply no prospect of it, no honest promise that can be made. We may take no strong action to reduce emissions. But if so, in 20 or 30 years we will be experiencing regular upheavals that will leave no country or people unscathed. Or we may do in earnest what we all claim to agree is necessary, putting ourselves on a course to limit temperature rise to 2 degrees C or less. But if we do that, it will involve something like wartime mobilization, a radical reshaping of economic and political power dynamics. Either way, or whatever mix of the two, the current energy-profligate, hyperconsumerist, hyperwasteful, cheap-global-trading, happy-motoring suburban dream is over. Conservatives will have to wake up like everybody else.

Dealing with climate change will also involve big government. It will involve international cooperation, maybe even muscular international governance. It will involve redistribution of wealth to address historic responsibility, long-term planning, and large-scale public investment (with concomitant higher taxes). All of that is going to trample on the rigid, narrow set of catechisms that define today’s conservative movement.

Rather than climate hawks twisting themselves in knots trying package things in the least threatening way for conservatives, perhaps it is conservatives who ought to change, to open their eyes, to let go of a world they think they’re defending but which is, in reality, already gone.