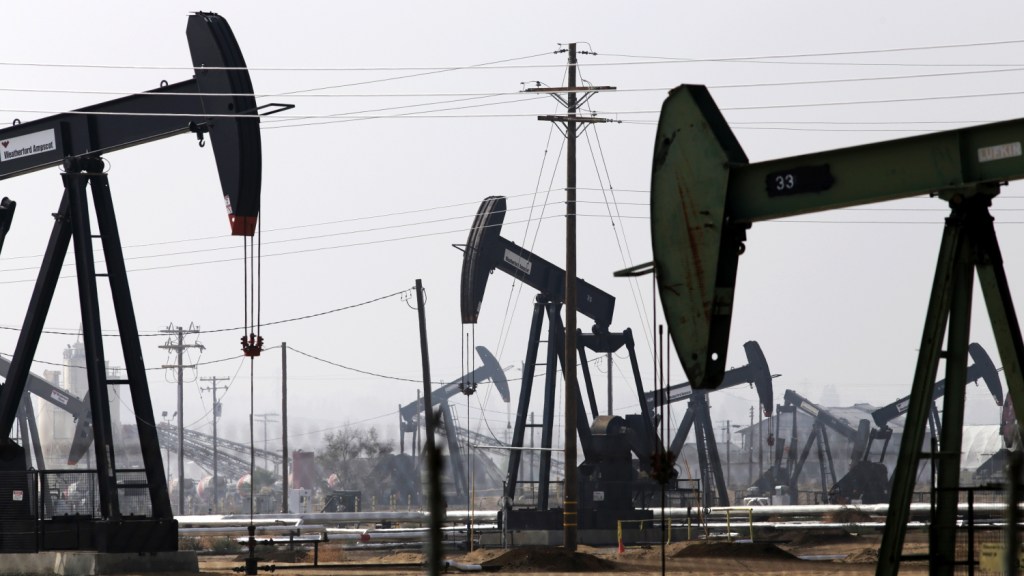 In what is either a sign of the apocalypse or of par-for-the-course PR witchcraft, 10 of the largest oil and gas companies on Earth have voiced their support for a global climate deal. The Oil and Gas Climate Initiative — a coalition including giants like BP, Shell, and Statoil — announced Friday that it recognized “the general ambition to limit global average temperature rise to 2 degrees centigrade” and that it will “collectively strengthen [its] actions and investments to contribute to reducing the GHG intensity of the global energy mix.”

In its statement, the member companies also declared “collective support for an effective climate change agreement to be reached at next month’s 21st session of the United Nations (U.N.) Conference of Parties to the U.N. Framework on Climate Change (COP21).”

The elephant on the oil field, of course, is that the companies aren’t actually committing to doing anything. It’s one thing to voice support for a 2C goal and quite another to follow through on the goal’s implications, which include leaving up to 80 percent of the world’s fossil fuel reserves unburned.

Notably absent from the statement were U.S. oil and gas giants Chevron and ExxonMobil. The New York Times reports:

The American companies appear to disapprove of the European-led initiative, partly because the potential remedies — like carbon taxes or the trading of carbon-emission permits — that many experts say are necessary to successfully curb greenhouse gases would almost inevitably raise the price of their fuels.

“I’ve never had a customer come to me and ask to pay a higher price for oil, gas or other products,” John S. Watson, the chief executive of Chevron, told a meeting hosted in Vienna in June by the Organization of the Petroleum Exporting Countries.

Rex W. Tillerson, ExxonMobil’s chief executive, has repeatedly said that he would support putting a price on carbon as long as it was “revenue neutral.”

Ah, the reliable platitude of revenue neutrality. Or as one might phrase it in the common tongue, “passing a tax onto customers so my shareholders don’t take a hit.”

The problem with Tillerson’s support of carbon pricing is that he can apply the revenue neutrality argument to anything, because it’s the same thing as saying he’ll uphold his fiduciary duties as chief executive. Get into coal instead of petroleum? Tobacco? Open up some bowling lanes? As long as it’s revenue neutral (or profitable), it’s fair game. Case in point: Shell recently halted its Arctic oil exploration efforts, but you’d be hard-pressed to demonstrate that its logic was environmental and not economic.

It’s also probably worth highlighting that the coalition is composed of oil and gas — not coal — companies, and it’s a lot easier to get behind climate action if you’re a coal competitor, since coal is our dirtiest energy source.

One thing is certain: We’ll see plenty more statements like this one emerge in the run-up to the Paris negotiations at the end of this year. Several energy analysts have recently argued that the fossil fuel industry is becoming an increasingly risky sector in which to operate, and a good handful of dirty energy producers and investors have already started to edge their way toward progressive energy alternatives.