Church threatens to sue D.C. over bike lane -- because of religious freedom 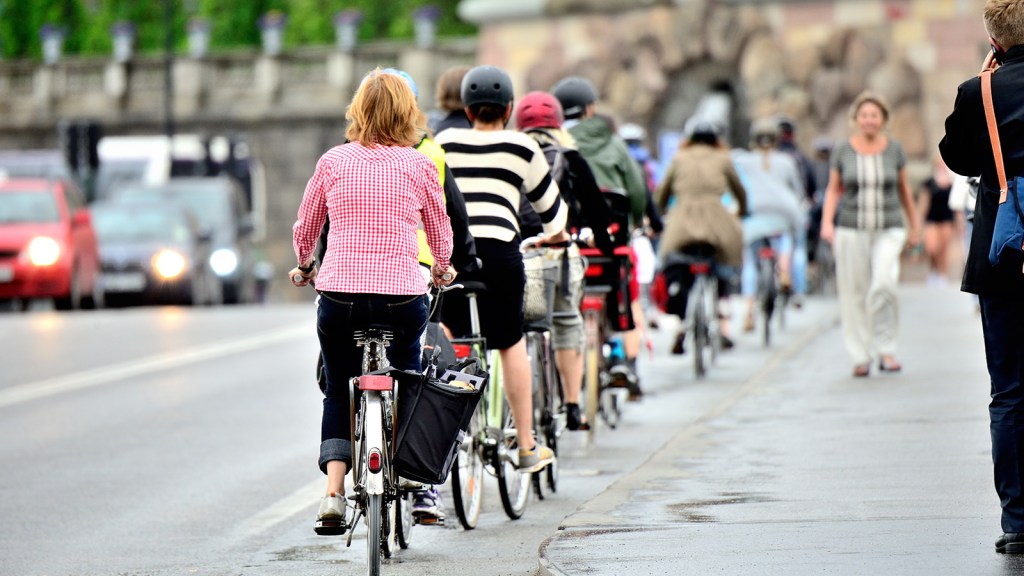 Church threatens to sue D.C. over bike lane — because of religious freedom

Christianity is well-known for denouncing things like gay marriage, divorce, and dancing, and now, one Washington, D.C. church is adding something new to the ban list: bike lanes.

D.C.’s United House of Prayer has objected to the construction of a bike lane in front of its property based on the church’s “constitutionally protected rights of religious freedom and equal protection of the laws.” That’s from a letter sent to the city’s Department of Transportation, which continues:

If any of these design options are implemented, it would severely restrict the already limited parking for United House of Prayer members adjacent to the church, leaving them with nowhere to park to attend services and other Church functions. As such, the planned bike lane will create a permanent and untenable burden on members’ ability to attend services at the Church. Any plan by DDOT to eliminate all 6th and “M” Street parking by installing a bike lane/track along those thoroughfares would represent a substantial and egregious encroachment on the United House of Prayer’s rights.

The “substantial and egregious encroachment,” naturally, refers to the free parking that the church can offer its members — and which the bike lane would replace. The church notes that neighboring houses of worship have already fled the D.C. area because of parking problems. Guess that’s one way to get rid of a church.

Now, the Bible is largely silent on the matter of free parking, so it’s hard to speculate what Jesus would do in this situation. Instead, we can turn to one of his followers, the Archbishop Desmond Tutu, who (allegedly) said, “Give a man a fish and feed him for a day. Teach a man to fish and feed him for a lifetime. Teach a man to cycle and he will realize fishing is stupid and boring.”