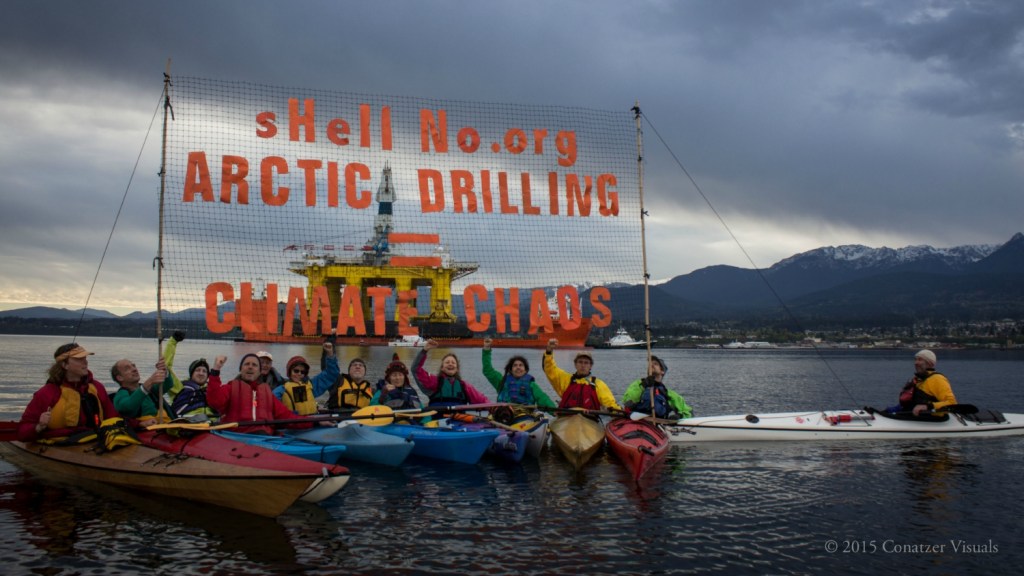 After years of botched attempts, mountains of red tape, billions of dollars, and countless face-offs with protestors, Royal Dutch Shell announced today that it is pulling the plug on all oil and gas exploration in the Arctic Ocean “for the foreseeable future.” From the press release:

Shell has found indications of oil and gas in the Burger J well, but these are not sufficient to warrant further exploration in the Burger prospect. The well will be sealed and abandoned in accordance with U.S. regulations.

“The Shell Alaska team has operated safely and exceptionally well in every aspect of this year’s exploration program,” said Marvin Odum, Director, Shell Upstream Americas. “Shell continues to see important exploration potential in the basin, and the area is likely to ultimately be of strategic importance to Alaska and the US. However, this is a clearly disappointing exploration outcome for this part of the basin.”

There was always a chance this could happen. Given the sky-high costs of drilling and transporting oil in the Arctic, making the venture profitable required a complex soup of numbers to all fall in Shell’s favor, particularly how much oil there really was down there and how much Shell could expect to sell it for. (No amount of gas would likely be profitable.) The press release skimps on details, but it blames “the Burger J well result, the high costs associated with the project, and the challenging and unpredictable federal regulatory environment in offshore Alaska.” It also says that Shell is locked into paying $1.1 billion in existing contracts.

Thanks to climate change and the loss of Arctic sea ice, many energy experts have been increasingly bullish on the prospects for Arctic oil exploration. The area could theoretically have the potential to outstrip the Middle East, but as of now it’s largely untapped. The decision today is a heavy blow to future offshore drilling projects in the Arctic, said Robert Dillon, spokesperson for Sen. Lisa Murkowski (R-Alaska), who has been one of the biggest congressional proponents of offshore oil drilling.

“It’s certainly a disappointment,” he said. “It’s now becoming more and more questionable whether there’s going to be offshore activity at all. A lot of uncertainty of how we go forward in Alaska.”

The decision was a major win for environmental groups, many of whom have made Shell’s Arctic exploration a central focus of their campaigns over the last year.

“It’s proof positive that it’s time to stop going to the ends of the Earth to search for dangerous, costly fossil fuels,” said Franz Matzner, director the Beyond Oil initiative at the Natural Resources Defense Council. “It’s not safe, it’s not what the science demands if we’re serious about climate change, and Shell just proved that it doesn’t make any sense.”