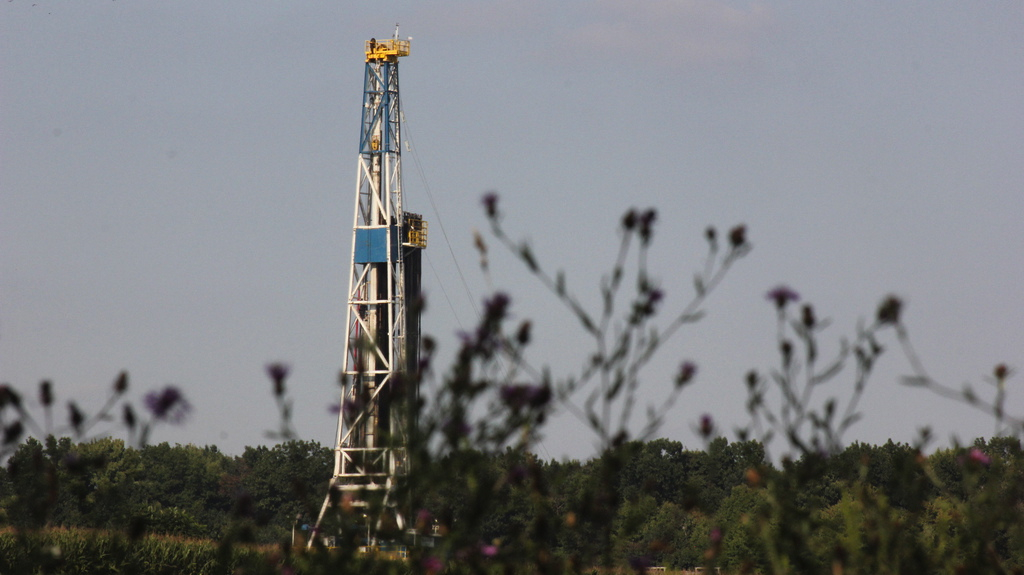 Could it be that frackers are die-hard Ravens fans? That might explain their cavalier attitude about the health of citizens in Steeler Country.

Kidding! Money is the motive, yinz — and if Pennsylvanians are exposed to dangerous levels of toxic chemicals in the making of it, who cares?

An alarming new study by the Southwest Pennsylvania Environmental Health Project, published in the journal Reviews on Environmental Health, finds that current methods and tools used to measure harmful emissions from fracking wells don’t accurately assess health threats — not even close, in fact.

Federal and state officials tend to measure and report emissions in big-picture terms — tons of methane released per year, for example. Another method is to track hourly emissions over a given day or week. These might not capture rapid and brief increases in chemical exposure, which can cause real harm to bodily systems. SPEHP reports that emissions near drilling sites can fluctuate wildly, and toxic chemical particles can reach high levels of concentration in the air in a very short period of time — as little as a minute or two — and then drop back down. This can occur repeatedly throughout drilling, but might not be captured by the tools or methods customarily used to measure emissions.

SPEHP researchers collected data on levels of four toxic chemicals in 14 households near fracking sites in southwestern Pennsylvania, and found that contamination was concentrated at peak levels — three times the median level of concentration — about 30 percent of the time, but in spurts. These short blasts of contamination can go undetected by tools customarily used to measure emissions.

Benzene, toluene, ethylbenzene, and xylene are all toxic substances released into the air from shale drilling. So, what can go wrong if one is exposed to peak levels of these chemicals? Glad you asked! The health effects can include “respiratory, neurologic, and dermal responses as well as vascular bleeding, abdominal pain, nausea, and vomiting.”

If that weren’t bad enough, the Pennsylvania Department of Environmental Protection (DEP) has a flawed system for responding to citizen complaints about emissions, as ProPublica reports:

[T]he agency’s own manual for dealing with complaints is explicit about what to do if someone reports concerns about a noxious odor, but is not at that very moment experiencing the smell: “DO NOT REGISTER THE COMPLAINT.”

When a resident does report a real-time alarm about the air quality in or around their home, the agency typically has two weeks to conduct an investigation. If no odor is detected when investigators arrive on the scene, the case is closed.

In light of the SPEHP findings, this response falls very much short of what would be needed to accurately determine whether there’s a health threat, as it not only fails to address the issue immediately, but also doesn’t account for the intermittency of spikes in exposure.

ProPublica reports that the DEP has been criticized for bowing to energy company interests rather than serving Pennsylvania citizens.

Activists and environmental groups have accused the agency of being overly deferential to the gas industry, and defensive and slow moving in its dealings with the public.

“It was very top down, very secretive and paranoid about who the enemies were,” said [George] Jugovic, [a] former agency official, who left the department when Corbett succeeded Rendell as governor. “The control on information was significant.”

Gov. Tom Corbett (R) has an impressive history of wooing gas companies to Pennsylvania. Now, these companies have made themselves at home enough to dump all their shit in the air without so much as a “whoops!”, and sure enough, it’s making some of those unlucky enough to live near fracking sites sick. Maybe in between bouts of vomiting, Pennsylvanians can try to enjoy some complimentary pizza.