A firm plan for potentially easing the shipping industry’s impact on the climate will be delayed for seven years under a roadmap drafted by a United Nations agency on Friday.

The lackluster outcome at the end of a week of environmental talks in London deepened the disparity between ship and plane operators and much of the rest of the world when it comes to tackling global warming. The shipping industry participated in the negotiations on behalf of some nations. 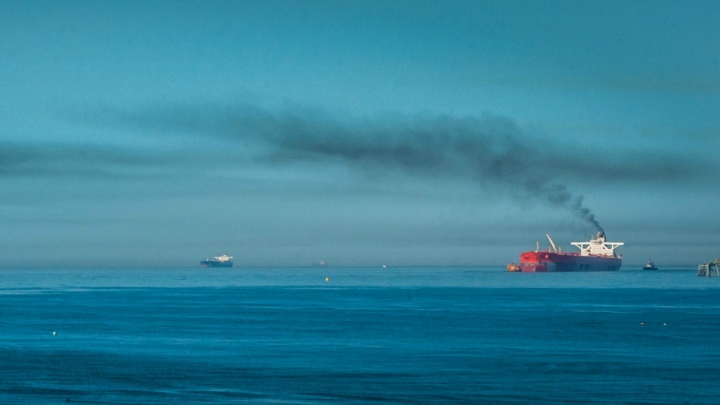 The U.N. agency, the International Maritime Organization (IMO), described Friday’s agreement as “another good news story for the #environment” on Twitter — even as it was being broadly criticized by others.

“The fact that there’s a roadmap is good,” said John Maggs, a policy advisor at the nonprofit Seas At Risk who attended the talks. But he criticized it for lacking targets or meaningful timelines and for lacking ambition. “There’s nothing in the roadmap.”

Climate-changing pollution escapes from ships as they burn some of the most polluting types of fuel available. Ships are blamed for 2 to 3 percent of the heat-trapping carbon dioxide released each year and their emissions may grow by 50 to 250 percent by 2050.

Temperatures have risen about 1 degree C or nearly 2 degrees F since the Industrial Revolution, causing seas to rise and amplifying heatwaves, droughts, wildfires, and storms. A global climate pact will take effect next week following talks in Paris last year, but it largely ignores ships and airplanes, which traverse national borders and are overseen by industry-specific U.N. agencies.

Under the agreement reached Friday, an interim strategy for addressing greenhouse gas pollution from ships will be released in 2018. That will be followed five years later by the potential publication of a timeline describing climate-protection measures that could be imposed on ship operators and owners. Owners of large ships will provide confidential information about fuel consumption to the U.N. beginning in 2019.

The roadmap did not set any targets for greenhouse gas reductions, such as those that have underpinned national climate protection strategies and pledges under the Paris climate agreement. Nor does the roadmap commit the sector to setting such targets in 2023.

“Not being prepared to agree to a reasonable short-term framework for developing a target is a bad signal,” Maggs said. “Having an objective is important.”

The European Union is considering expanding its cap-and-trade system, which limits greenhouse gas pollution and imposes fees to reduce fossil fuel demand, to cover ships docking at its ports. Maggs said that may have helped force the shipping industry to take global warming a little more seriously.

“Individual countries and regions making an effort builds pressure at the IMO,” Maggs said. “The view at the IMO is that it’s the only place where you can regulate the shipping industry. When others come along and start regulating regionally, the IMO doesn’t like it.” 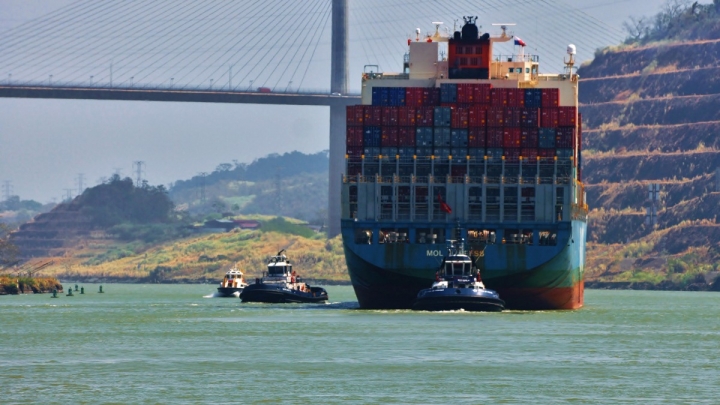 The IMO also resolved on Friday to postpone any potential decisions that could force shipbuilders to produce more fuel-efficient vessels. Bill Hemmings, a clean energy campaigner with European group Transport and Environment who attended the talks, described that decision as “very disappointing.”

“There’s no logic behind that,” Hemmings said. “Making new ships more efficient is a no-brainer.”

The shipping industry was largely silent on Friday afternoon about the outcome of the talks, while the IMO issued a press release describing what it called an “important milestone on the road to controlling greenhouse gas emissions from international shipping.” The International Chamber of Shipping said it planned to issue a statement on Monday.

The IMO in 2004 imposed far-reaching restrictions on journalists covering its meetings. That made it difficult for reporters gathered in London this week to describe how countries and organizations were obstructing or supporting efforts to ease climate impacts.

Unusually for United Nations agencies, corporations have seats at IMO negotiations. The influence of individual countries at the IMO is based partly on the number of ships that fly under their flags. Countries such as Liberia were represented at the talks by groups that operate those ships.

The Marshall Islands, which is highly vulnerable to the effects of rising seas and under whose flag a large number of ships fly, led a push for more stringent rules on greenhouse gas pollution from ships. It was joined by a coalition of small island states and some European countries.

Opposition to stringent climate measures was led by large developing countries, such as India and China, and by countries at the ends of long trade routes — for whom importing and exporting goods by ship requires large amounts of fuel.

Unlike power plants and motor vehicles, which operate according to national rules, international ships and airlines often operate outside the direct regulation of any nations.

“The international nature of shipping and commercial aviation means that some, even most emissions take place outside of the legal jurisdictions of countries,” said Robert Stavins, an economics professor at Harvard who researches and tracks environmental diplomacy.

Stavins said nations and regions could reduce the climate impacts of ships and planes by including them in the growing number of carbon tax and cap-and-trade systems when they reach their ports.

While a U.N. agreement to reduce the use of climate-changing chemicals called HFCs this month was heralded as a sign that world leaders are ready to take the warming crisis seriously, an earlier International Civil Aviation Organization agreement to address global warming was broadly criticized for its weakness. It directs airlines to begin buying carbon credits in 2021 instead of reducing emissions from their aircraft.

“The costs of phasing out HFCs are trivial, as are the political challenges, compared with carbon dioxide,” Stavins said. “The number of countries involved is small, the cost of abatement is relatively low, and substitutes already exist.”

The outcome of this week’s talks shows that the shipping industry, like the aviation industry, remains reluctant to address its role in warming the planet, and it suggests global support for easy climate solutions hasn’t yet translated into strong support for tougher measures.