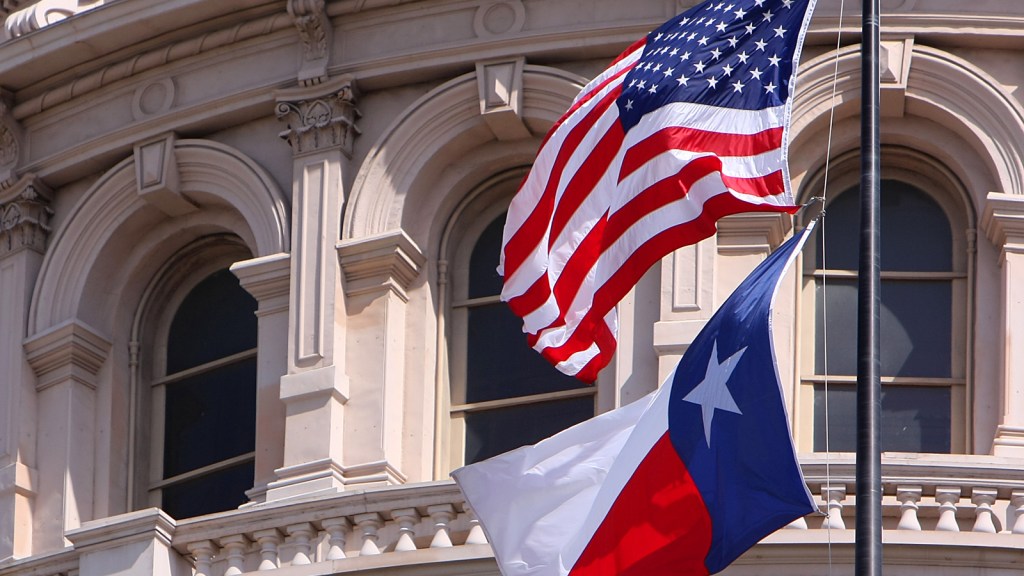 Texas has a complicated relationship with oil. On the one hand, it’s a state that’s really into private property. More than 95 percent of land in the Lone Star State is privately owned. On the other hand, Texas is really into oil — both digging it up and moving it around.

Basic physics suggests that, eventually, someone would want to move their oil through a space that belonged to someone who didn’t want it there. Lo, when the Keystone pipeline came on the scene, that came to pass in Texas. And how. Now, a new set of regulations under works at an obscure state commission could have big implications for eminent domain and future pipeline battles in the Lone Star State.

Today, it’s easier to build a pipeline through Texas than it is to build just about anything else. If you want to use eminent domain to string power lines through someone’s property, you have to give them prior notification and hold public hearings about it. If you want to build a pipeline, the process is a lot simpler: You fill out a one-page form. If you put an “x” in the box that says that you’ll be building a “common carrier” pipeline — one that will pipe crude for anyone who has the money, without discriminating between clients — then you are automatically granted power of eminent domain.

There is no notice of public hearing, and no advance notice given that you’re trying to get eminent domain to the people whose property you’ll be cutting across. There’s no need even to prove that you’re a common carrier — a 2011 Texas Supreme Court decision noted that the Texas Railroad Commission did not appear to have ever denied anyone a permit.

If a property owner does sue to stop your pipeline, you can start building it while the case works its way through the courts. KXL South (a.k.a. the Gulf Coast Pipeline) began pumping crude earlier this year, even as the cases challenging its right to make off with private property were still in court.

Eminent domain has been a key issue in every state with pipeline drama. In Nebraska, the struggle against Keystone XL led to a new law: the Major Oil Pipeline Siting Act (a.k.a. LB1, or MOPSA), which added public hearings and the requirement that a company prove that its pipeline will serve the public interest to the approval process. It’s taken judicial support to keep MOPSA relevant, though — a legislative power grab back in 2103 could have done the whole thing in.

Texas hasn’t been so lucky. On the judicial side, lawsuits have raised the amount of compensation that landowners are given, but they haven’t blocked the eminent domain principle itself. On the legislative side, bills that would have changed things keep getting scuttled — partly due to power struggles between the pipeline-owning Koch brothers and the landowning, property-rights obsessed Bass brothers.

As the NPR project StateImpact wrote:

By session’s end, none of the bills had bridged the divide. And the reason goes back to the role of the courts. As James Mann pointed out, pipelines want to ensure they can’t be sued by every landowner along a route. They want one determination to take land and then to carry on building pipelines.

But many landowner groups say the right to challenge pipelines at the county courthouse, a right that landowners have always had, was exactly the thing they would not give up.

“They never came up with anything at the Railroad Commission that was better than the local courthouse for the affected landowners.”

Under the new rules being developed in Texas by the Railroad Commission, pipeline operators will need to submit a sworn statement that they are common carriers — just checking a box will no longer do. They’ll need to have documents on hand to back that up, if the commission requests them during the 45-day review period.

Is this better than nothing? Sure. Is it pretty weak?  Looks that way. Under the new rules, property owners still won’t get any notification of an impending eminent domain move. Even if they do, there’s no built-in process that would allow them to introduce any relevant information (such as: this pipeline is going over my water supply) during the approval process. Odds are good that those affected landowners are still going to be headed for the federal courthouse.

These changes aren’t yet set in stone. The Railroad Commission is accepting public comment on them until Aug. 25. Since the only reason the changes are being considered at all is that Texans like Julia Trigg Crawford put up a fight against the Keystone XL pipeline, those same Texans just might get those rules changed into something more sensible.