Thanks to the fracking boom, we're wasting more money than ever on fossil fuel subsidies 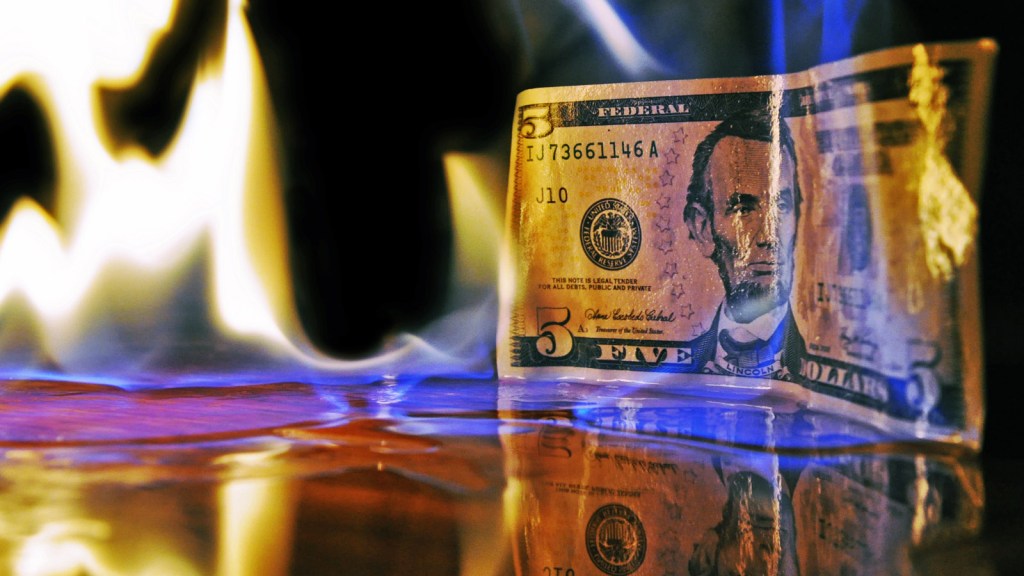 Thanks to the fracking boom, we’re wasting more money than ever on fossil fuel subsidies

You probably know that the U.S. government subsidizes fossil fuel production. But here’s something you probably don’t know: Those subsidies have recently increased dramatically. According to a report released last week by Oil Change International, “Federal fossil fuel production and exploration subsidies in the United States have risen by 45 percent since President Obama took office in 2009, from $12.7 billion to a current total of $18.5 billion.” We are, as the report observes, “essentially rewarding companies for accelerating climate change.”

At first glance, this seems strange. Why would there be such a big increase under a Democratic president who has committed his administration to combatting climate change, and who has even repeatedly called for eliminating exactly these kinds of dirty energy subsidies?

The short answer: fracking. The fracking boom has led to a surge in oil and natural gas production in recent years: Oil production is up by 35 percent since 2009, and natural gas production is up by 18 percent. With more revenues, expenditures, and profits in the oil and gas industries, the value of the various tax deductions for the oil industry has soared. So, for example, the deduction for “intangible drilling costs” cost taxpayers $1.6 billion in 2009, and $3.5 billion in 2013.

Oil Change argues that the increase in the size of subsidies is Obama’s fault. The report is even titled “Cashing in on All of the Above: U.S. Fossil Fuel Production Subsidies under Obama.” And it’s true that Obama endorses the farce of “energy independence” and pushes an “all of the above” energy strategy, which includes making public lands and offshore areas available for fossil fuel extraction.

But it’s a bit unfair to blame Obama, as the recent growth of subsidies has been largely beyond his control. First, that’s because many tax breaks for fossil fuel companies have been on the books for decades and Obama doesn’t have the power to unilaterally do away with them. Second, and more notably, it’s because the fracking boom has primarily been driven by technological advances, not by policy decisions. In fact, the amount of drilling happening on federal lands, where the president has some control over activities, is actually down over the past decade; most of the new drilling is happening on private land, according to a new report from the U.S. Energy Information Administration.

Still, the federal government continues to lose lots of money by selling fossil fuel extraction rights on public lands for less than they are worth, as the Government Accountability Office has reported. Here again, more extraction means more lost government revenue. This is true for coal as well as oil and gas. In Wyoming and Montana’s Powder River Basin, where coal mining is booming, Oil Change notes that below-market lease rates are costing the Treasury $1 billion per year.

One of the biggest ways we continue to subsidize fossil fuels is by making society bear the brunt of the local pollution and climate change caused by fossil fuel extraction, transport, and burning. Calculating that cost is obviously difficult, although the Oil Change report estimates that it’s between $350 million and $501 billion annually. Some would also argue — as Oil Change does — that tens, or even hundreds, of billions of dollars in U.S. military spending in the Middle East each year is a fossil fuel subsidy, essentially spent to secure our oil supply.

David Turnbull, Oil Change’s campaigns director, says Obama’s pro-oil and -gas rhetoric has helped to encourage the recent boom, as well as decisions made by his Cabinet agencies. The Obama administration has expedited processes for leasing of public land and permitting of drilling and mining, he points out. Also, Turnbull says, “The administration stopping investigations of the impact of fracking on communities is allowing [fracking] to continue. It’s the administration saying, ‘We’re going to let fracking continue without diving into details.’”

Still, the biggest impediment to reform, by far, is the sway that dirty energy interests hold over Congress. As Oil Change points out, in the 2012 campaign cycle, fossil fuel companies spent $329 million on campaign contributions and lobbying.

Only a constitutional amendment enabling more aggressive campaign finance reform could begin to fix that problem. As it happens, the Senate Judiciary Committee passed exactly that on Thursday on a party-line 10-8 vote. But it would need two-thirds majorities to pass the full Senate and House of Representatives, even before it went to the states for ratification, and it won’t get support from anywhere near enough Republicans.

In the meantime, Obama can try to do more to properly regulate fossil fuels through his Cabinet agencies. The EPA, for example, should be regulating methane emissions from natural gas drilling. And he can reject proposals for the Keystone XL pipeline and the exportation of crude oil and natural gas. It would hardly be enough, but it would be a start.