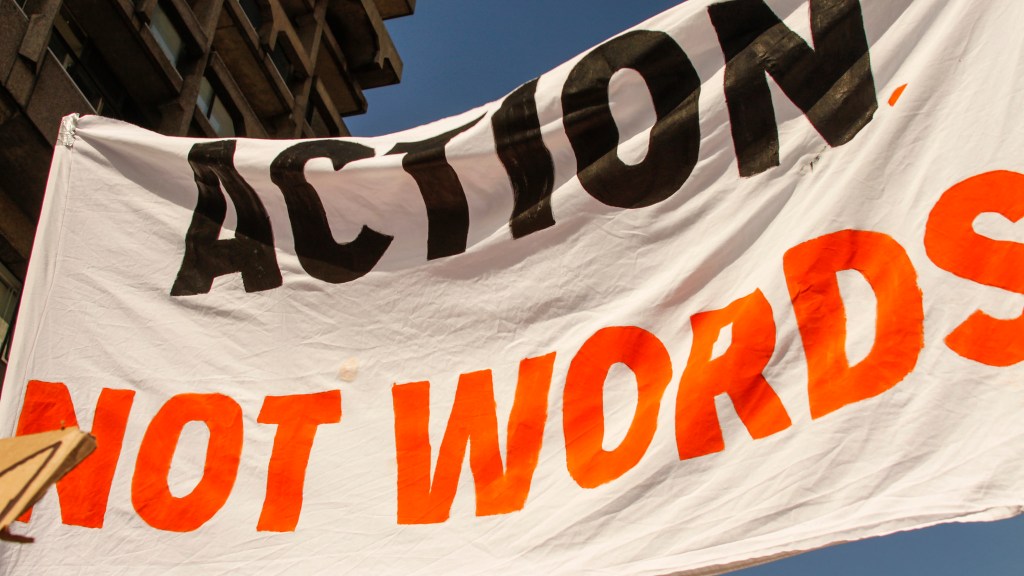 Besides the horror of the terrorist attacks on Paris and the ensuing backlash against refugees, the timing is bad for those of us in the climate-saving business: The attacks came just weeks before the Paris climate talks, in which leaders of more than 190 nations will gather together to figure out what we’re going to do about climate change. At least, that’s the plan.

Massive protests in Paris were also part of the plan, but those are off due to concerns about further violence. However, those of us who can’t make it to Paris can protest in our own cities. As Mark Hertsgaard points out in The Nation, “The sister marches planned in Washington, D.C., Los Angeles, London, Berlin, Tokyo, New Delhi and scores of other major cities will proceed, with activists saying that attendance there will now be even more important.”

Here’s a note from 350’s Bill McKibben encouraging people to join in sister marches on Nov. 28-29:

Next weekend, when we would have been marching in Paris, we need everyone who is not there marching everywhere else. It’s going to be a test of our nimbleness. Already there are more than 2,000 rallies scheduled around the world. Check here to see if there’s one near you to get to — and if there isn’t, it’s not too late to make one happen yourself.

It doesn’t need to be huge — it just needs to be inspired by the hope that our leaders might actually do something in Paris, and by the certain knowledge that they won’t if we don’t push them.

If you have wondered what you could do for the people of Paris — well, there are 400,000 or so of them who wanted to march for climate action next weekend. You can march on their behalf, and in the process help build some kind of hope. The world needs that now more than ever.