Up to a quarter of the permafrost that lies just under the ground surface in Alaska could thaw by the end of the century, releasing long-trapped carbon that could make its way into the atmosphere and exacerbate global warming, a new study finds. 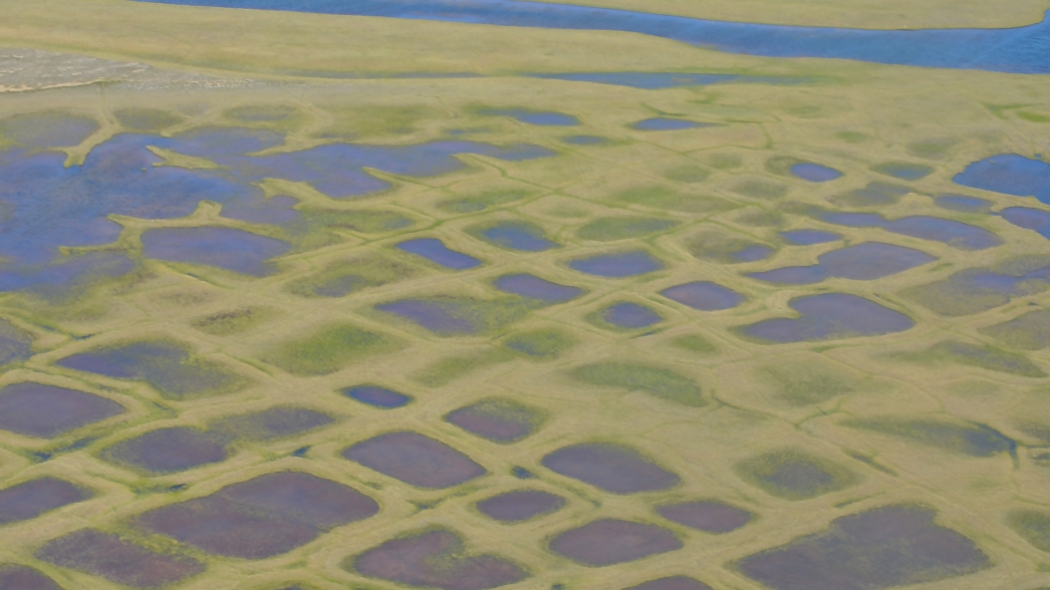 The study, detailed in the journal Remote Sensing of Environment, maps where that near-surface permafrost lies across Alaska in more detail than previous efforts. That detail could help determine where to focus future work and what areas are at risk of other effects of permafrost melt, such as changes to local ecosystems and threats to infrastructure, the study’s authors say.

About one-quarter of the land in the Northern Hemisphere is permafrost, or ground that stays frozen for at least two years. Some of it has been in that frozen state for thousands of years, locking up an amount of carbon that is more than double what is currently in the Earth’s atmosphere. But with temperatures in the Arctic rising at twice the rate of the planet as a whole, permafrost across the region is beginning to thaw, releasing that carbon from its icy confines.

If that carbon makes its way into the atmosphere it could help further drive up global temperatures — already 1 degree C (nearly 2 degrees F) above pre-industrial temperatures — and intensify the impacts of that warming, such as sea-level rise and more prolonged and intense heatwaves. It could also ramp up the feedback cycle of warming in the Arctic, leading to more and more permafrost melt and still more warming. The additional greenhouse gas contribution from melting permafrost could have a $43 trillion economic impact by 2200, another recent study found.

The permafrost closest to the surface is a big concern because it is particularly susceptible to thaw from rising air temperatures, as well as other factors like flowing water and wildfires. But scientists don’t even know where all of the permafrost is located.

By its nature, permafrost is below ground where “you can’t see it and you can have really abrupt boundaries,” Wylie said. It is also found across large expanses of remote territory — not the easiest areas to study. 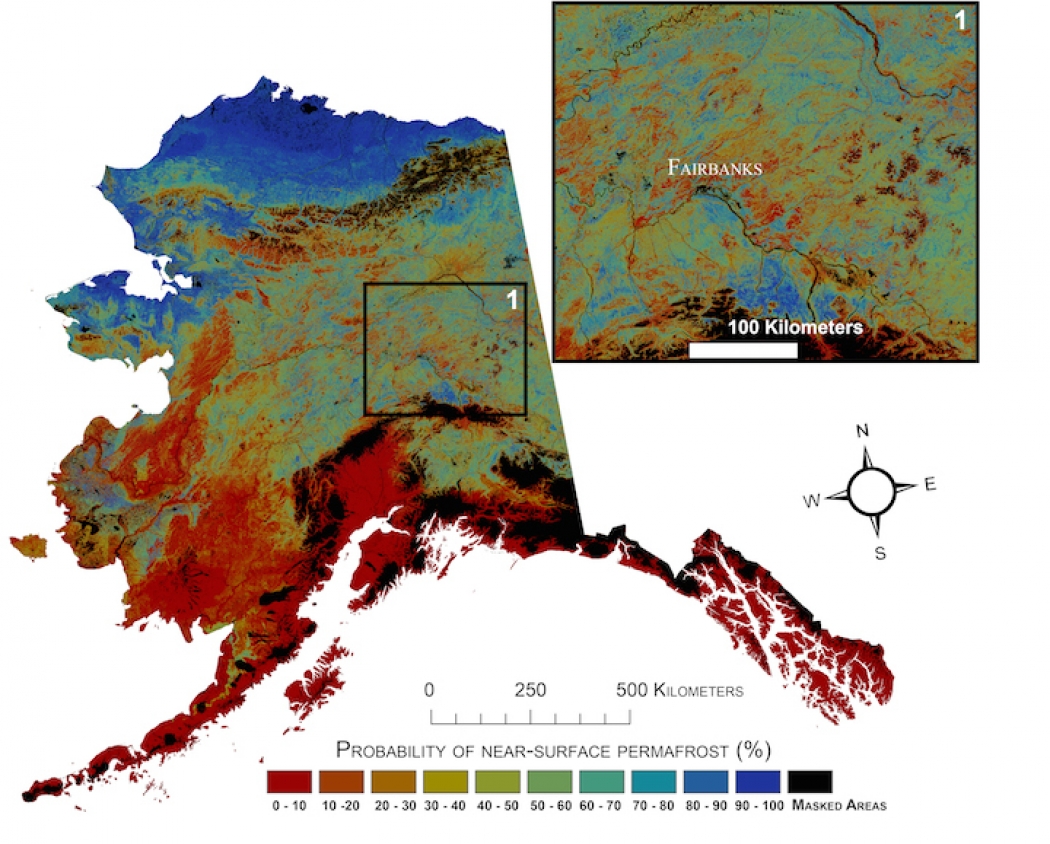 To get around these problems, the study team used data from 17,000 spots where permafrost was directly measured in Alaska. They matched those measurements to environmental data like air temperature, precipitation, elevation, and other factors, and let a computer algorithm learn those associations and then fill in the rest of the map with a resolution down to about 30 meters, higher than previous efforts.

They found that 38 percent of Alaska has near-surface permafrost. But they didn’t stop there.

Using the relationships they established between permafrost and climate factors, the team used their model to fast-forward and see what would happen in the future as overall temperatures rise. (They kept other factors like vegetation and wildfire activity the same as today to isolate the impacts from climate.)

They estimate that between 16 and 24 percent of near-surface permafrost in Alaska would disappear by the end of the century due to climate change alone. Most susceptible was the permafrost of the central portions of Alaska, “the warmer boreal permafrost where the entire thickness of the permafrost can thaw out within a few decades,” coauthor Torre Jorgenson of Alaska Ecoscience in Fairbanks said in an email.

Warmer temperatures on short timescales can even have a noticeable impact on permafrost, Jorgenson said, “particularly warm winters with deep snow early in the winter, such as this year.”

Alaska has had a spate of warm years recently, with 2014 ranking as its hottest year on record, bleeding into this past winter. The cold season of October 2014 to March 2015 was the third warmest on record, according to the National Centers for Environmental Information. This cold season has started out on the toasty side as well, with much of the state having temperatures well above average for October.

“This year will be bad for permafrost stability,” Jorgenson said.

The actual amount of near-surface permafrost loss over the century will likely be higher than the study estimates because of other factors like increased wildfire activity and ecosystem feedbacks that could amplify the effects of warming, the scientists say.

For some locations on the new map, the authors are less certain about whether there is permafrost there than they are for others. They hope the map will spur further study where this uncertainty is high to get a clearer picture of the permafrost. It could also help to focus research on the areas where permafrost is considered most vulnerable, for example, because of a particularly thin layer of soil overlying them that is more likely to burn off in a wildfire.

“We are soon reaching a climate warming threshold [where] fires will eliminate permafrost beyond recovery in the boreal region,” Jorgenson said.