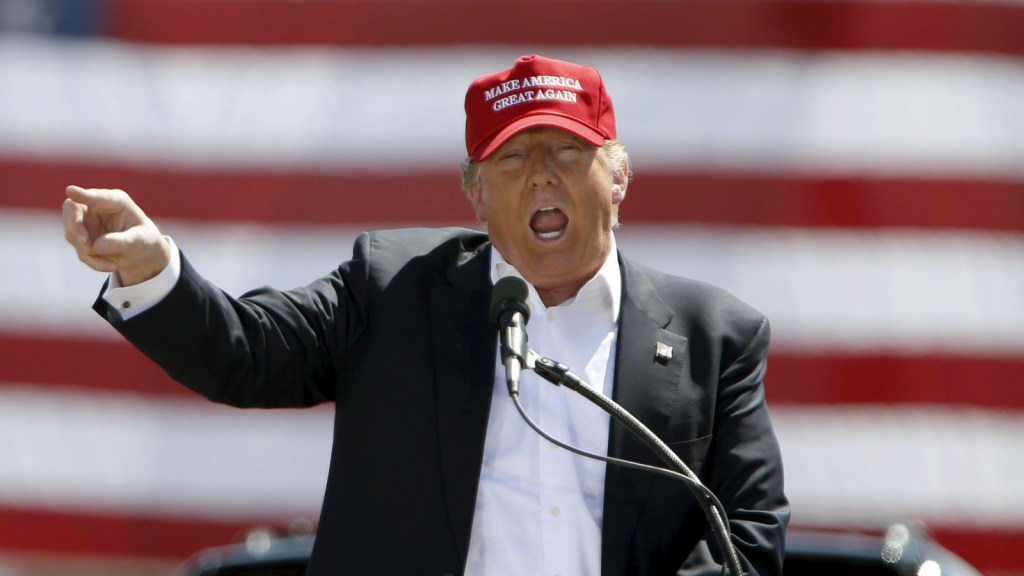 Just over a week ago, I argued that Donald Trump might not actually be the worst possible Republican candidate on climate change. Relative to Ted Cruz — who is a committed anti-environment, pro–fossil fuel right-winger — Trump’s ideological opacity leaves a little more room for hope. Admittedly, I was going out on a limb, since Trump is still a brainless climate science denier with a far-right economic program and a desire to eviscerate the Environmental Protection Agency. He’s also a lying racist who is completely unserious about policymaking.

Now there’s a new sign that I might be onto something. Politico reports that the oil industry may not actively back Trump as it has previous Republican nominees. Elana Schor writes:

For oil and gas supporters, the industry’s traditional allegiance to the Republican Party is bumping up against the GOP front-runner’s support for ethanol, his puzzling remarks about grabbing “a chunk” of the Keystone XL pipeline and his attacks on oil as just another “special interest.” …

Traditionally, the oil industry could hardly be more allied with the GOP …

But Trump’s comments about energy policy have largely avoided detailed proposals, and his rhetoric on the trail has often raised huge eyebrows among petroleum backers. …

[W]hile Trump has dismissed the idea that the government should take action on climate, for example, that does little to reassure the industry that he would have its back when decision time arrives.

Cruz has almost swept the oil-state vote so far. Six of the top 10 oil-producing states have voted in the Republican primary race to date, and Cruz won five of them: Texas, Alaska, Oklahoma, Kansas, and Wyoming. He tied Trump in the sixth, Louisiana.

But the Politico story also highlights a reason that Trump probably won’t be much different from most Republicans on energy policy: because it will be in his interest to try to hold the GOP’s political coalition together. Right now, Trump is distinguishing himself from Cruz. If he becomes the GOP nominee, he will be distinguishing himself from Clinton and probably wooing traditional Republican supporters. Trump’s ideological flexibility and transparent lack of interest in policy details means the path of least resistance will be for him to just sign up energy policy advisors from the fossil fuel industry and adopt the typical Republican policy platform. Already many of the views he’s expressed on energy demonstrate a tendency to pander. While trying to win Iowa, he got right on board with traditional support for ethanol mandates, for example, in contrast to Cruz, who bucked convention and opposed them.

Still, the fact that Trump has no proven record of carrying water for the fossil fuel industry worries some of its mandarins. Trump isn’t embedded in Republican and conservative politics, so he hasn’t proven his reliability to all the different members of the coalition. In time, he probably will, but until then no one knows exactly what he’ll do.