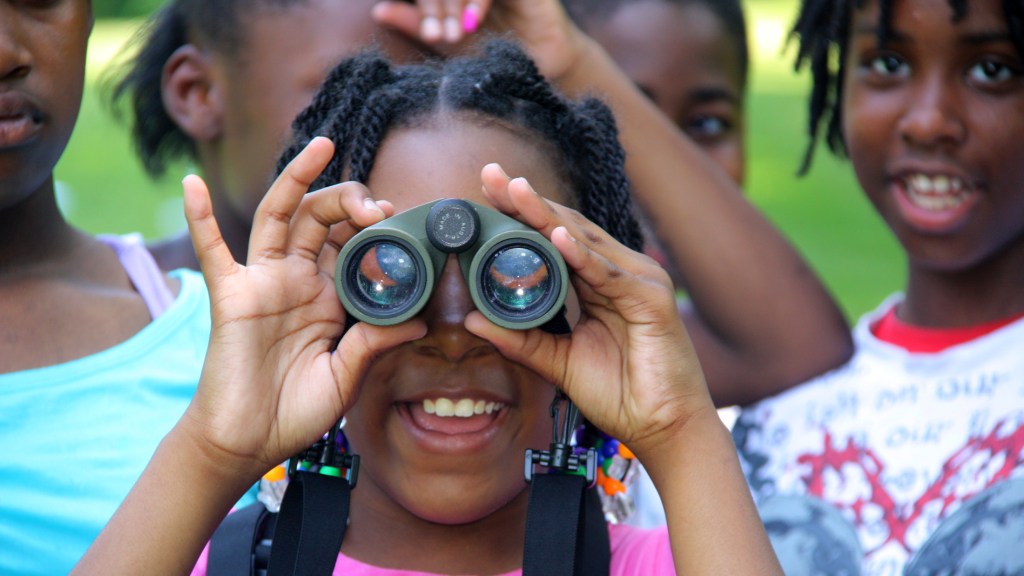 Come 2016, the National Park Service will turn 100 years old. In anticipation of the centennial milestone, the agency announced this week a new public engagement campaign to “reintroduce the national parks … to a new generation of Americans.”

This is the federal agency responsible for not just Yellowstone and the Grand Canyon, but also the National Mall in Washington, D.C., and Governor’s Island in New York City, which holds the Statue of Liberty. Still, it is having a hell of a time attracting young people to the parks, particularly people of color.

Shelton Johnson, an African American ranger at Yosemite National Park in California, talked about the challenge of getting black youth into the great outdoors in Ken Burns’ 2009 PBS documentary, The National Parks: America’s Best Idea. “How do I get them here?” Johnson asked. “How do I let them know about the buffalo soldier history, to let them know that we, too, have a place here? How do I make that bridge, and make it shorter and stronger? Every time I go to work and put the uniform on, I think about them.”

Part of the problem is that, despite the mosaic of nationalities of people who’ve frequented the parks, there’s not a lot of people like Johnson putting that uniform on. The staffing at the Park Service has remained perpetually and overbearingly white throughout its century-long history.

The National Park Service is among the worst on diversity of all federal agencies. For a read on how the agency’s own employees feel about it, check out the 2013 “The Best Places to Work” report, which scores departments based on the yearly Federal Employee Viewpoint Survey. According to the report, NPS has one of the lowest scores for diversity, ranked number 258 out of 300 agencies scored. For African Americans, it’s ranked 150 out of 195.

Numbers I obtained directly from the National Park Service on its staff’s racial composition show why its rankings are so pitiful. Last year’s third quarter statistics show a roughly 82 percent white workforce, with black workers making up just above 6 percent of the staff. For Latino Americans, it’s less than 5 percent; Native American, less than 3 percent.

Some might argue that Park Service employees are mostly white because they’re pulled from rural communities that tend to surround national parks. OK, that works for Yosemite. But not for D.C., New York, and the many other urban areas where NPS is represented. A Powerpoint I obtained on the workforce for the National Parks of New York Harbor shows that 87 percent of their seasonal staff and 80 percent of their permanent staff are white. For black and Latino staff, it’s 4 and 8 percent respectively.

“We recognize that if our desire is to reflect the face of America, then that face is becoming [less white] so we have our work cut out for us,” says David Vela, an associate director for NPS who handles workforce diversity. “Clearly the agency is very committed to making sure that at every level — from entry-level positions to mid-range to senior management — it has that diversity. Our numbers don’t reflect that. We know that. We own that and we are developing strategies to deal with it.”

Vela mentions strategies in place for pipelining college graduates into the fold, for bringing inner-city kids out to NPS’ locations in the wilderness, and even for bringing NPS into the urban wilderness — the agency just wrapped up a pilot academy program in New York City last week. But the numbers certainly don’t show any marked improvement, and I didn’t hear much about how the agency deals with the kind of racism, both explicit and implicit, that keeps people of color in a perpetual status of “minority.”

Looking at NPS’ centennial celebration website, under the “visionary leaders” history page, you read about people like President Teddy Roosevelt and Stephen T. Mather, the NPS’ first director. What’s not mentioned is that both men were close friends with — and closely influenced by — Charles M. Goethe and Madison Grant, leaders of both the conservation movement and the eugenics movement. ICYMI, the eugenics movement was a brand of scientific racism that held that people of color were an innately inferior species. These men saw the national parks as refuges for white people.

This is the kind of white supremacist history that has to be reconciled before diversity is appropriately addressed in the NPS workforce. That, and the fact that many if not all of these parks were originally the homes of Native Americans.

Asked about this, Vela said, “I would say that park superintendents are more empowered today to connect all of the dots, from Civil War to civil rights.”

There are some hints of progress. The New York Times ran a fascinating story last month focusing on Park Ranger Jerry Bransford, a tour guide at Mammoth Cave National Park in Kentucky. Throughout the early 1800s, Mammoth served as a labor camp for enslaved African Americans, including Bransford’s great-great-grandfathers and uncles. A few of his ancestors became popular cave tour guides in the 1830s, a professional tradition that was passed down through the Bransford family until 1939, when the federal government nationalized the land for a park.

Willie Bransford, who not only ran the cave tours, but also a bed and breakfast above ground, was the last in that succession of Bransfords to run the property. A local news article describes the end of the Bransford era like this, “When the government took over his land and business in 1939, Willie was forced to sell out, ‘Cheap,’ … and was not hired back as a park guide as most white guides were.”

Jerry, Willie’s grandson, was able to restore the Bransford line when in, the 1990s, the National Park Service invited him back to work there. It’s the least the NPS could do to make amends for what it took from the black family who served as stewards and shepherds of the Mammoth Cave grounds for so long.

But as an African American, Jerry Bransford is more of the exception at NPS than the rule. And much work remains if the agency is going to address its problems around welcoming people of color, both as visitors and as workers.

“Sometimes I come here, and I can hear the moans and groans of these Americans,” Bransford told the New York Times, referring to his enslaved ancestors. “And they were Americans, these slaves, fighting for the cause of freedom, something they themselves would not possess for another 60 years.”

This is true of many of our national parks, and the least the Park Service can do is have a workforce that reflects this.