Why aren’t Clinton and Sanders talking about international climate justice? 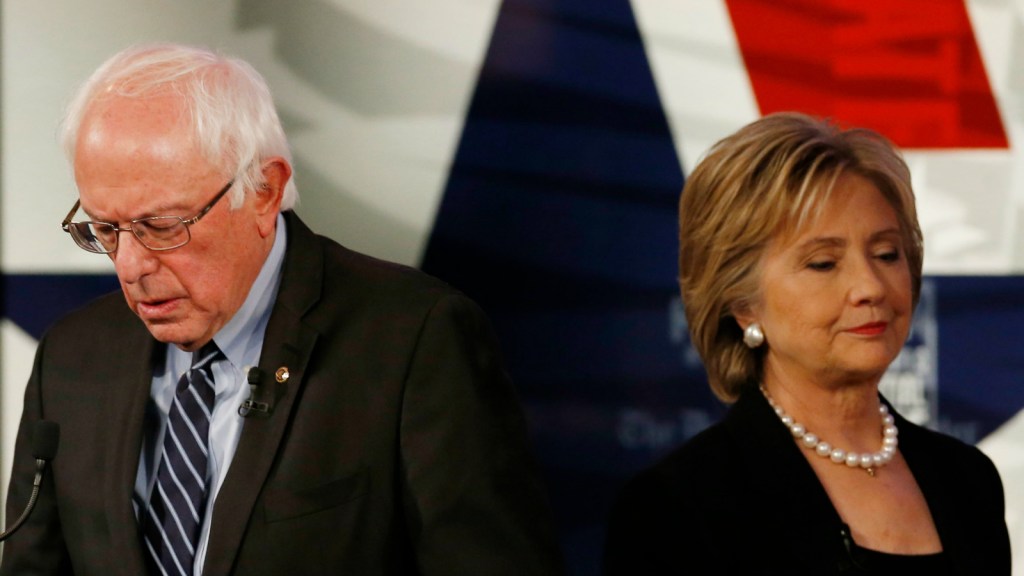 Why aren’t Clinton and Sanders talking about international climate justice?

If you think U.S. climate policy has been given short shrift during this presidential election season, you’re right. It has rarely been raised by debate moderators, and the GOP field ignores the subject entirely in their campaign platforms and speeches.

But international climate policy has been given even shorter shrift. When climate has been discussed, it’s been only in terms of what the U.S. can and should do about its own carbon emissions. As Marco Rubio has correctly, if absurdly, noted, “America is not a planet.” Rubio’s argument was that therefore the U.S. shouldn’t bother reducing its emissions. A more intelligent conclusion would be that the U.S. needs to work with the rest of the world to address this global challenge. A key part of that is inducing large developing nations such as India to rely on expanded clean energy capacity instead of coal power as their economies grow.

This is where climate finance should come in. But in the presidential campaign, it never does.

Countries that got rich from fossil fuel–based development have a moral obligation to assist poorer countries that are hard-hit by climate change, as a matter of climate justice. Wealthy nations should help developing nations adapt to the changing environment, help them invest in low-carbon infrastructure such as clean energy, efficient homes, and mass transit, and compensate them for hardships caused by climate change. The wonky terms of art for each of these aims are climate adaptation, climate mitigation, and loss and damage, respectively. Collectively, they all fall under the rubric of climate finance.

And climate finance is sorely lacking. Developed countries pledged in Copenhagen in 2009 to contribute $100 billion a year by 2020 to help poorer countries deal with climate change, but so far they haven’t come up with a road map for getting there or come anywhere close to that level of annual contributions. And even that goal is far below what would actually be needed to make sure the world simultaneously fights climate change and prepares for the changes that are already on the way.

Helping poor countries is also in the self-interest of wealthy ones. As last December’s Paris climate negotiations demonstrated, without a bump in climate finance, it won’t be possible to achieve the emissions reductions needed to stave off climate crisis. Coming in to the talks, many developing countries had offered to increase the ambition of their pledges in exchange for more climate finance. Developed countries did pledge to increase their annual contributions by a few billion dollars, but it wasn’t enough. As a result, the agreement falls short of what is needed to stay below 2 degrees Celsius of warming over pre-industrial levels. If every country lives up to its commitments from Paris — which is a very optimistic assumption — warming is expected to reach between 2.7 and 3.5 C, a level that scientists warn is likely to bring about catastrophe.

In its post-Paris assessment of the agreement, Oxfam International wrote, “While donor announcements for climate finance were made this year, the base from which this started was so low that the new commitments remain a drop in the ocean. … Total adaptation finance only amounts to $3 a year for each poor farmer in the developing world.”

What are presidential candidates saying about this? Nothing. That’s just what you’d expect from the Republicans, as they don’t accept climate science or support any meaningful climate action. Spending more on helping the global poor adapt to and prevent a problem that many Republican voters don’t even believe exists would go over about as well in the GOP primary as a tax on guns to pay for gender reassignment surgery under Obamacare.

For Hillary Clinton and Bernie Sanders, increasing climate finance would fit with their progressive values and platforms. But their respective climate policy proposals say nothing about it. Clinton’s climate platform is entirely domestically focused, with no meaningful international component at all. Clinton hasn’t even laid out a complete domestic climate policy program yet, or called for any kind of carbon pricing.

Sanders has a much more comprehensive climate agenda with a whole section called  “Lead the International Community to Solve Climate Change.” But the focus is on diplomacy and leading by example. These are important components of any successful international climate policy. President Obama’s leadership and bilateral negotiations with major developing countries such as China and Brazil helped make the Paris agreement possible. But the agreement’s limits show that the U.S. will have to do more than cut emissions and call on others to do the same: it will have to put more money on the table. So far, Sanders hasn’t discussed that and his plan makes no mention of it.

In fairness to Clinton and Sanders, a Congress controlled even partly by Republicans won’t pass a budget with a significant increase in climate finance, so proposing it would be aspirational rather than practical. But practicality hasn’t stopped the Democratic candidates — particularly Sanders — from setting bold aspirational goals in other areas. A Republican Congress probably won’t raise the minimum wage or make college more affordable either, but Clinton and Sanders have proposals to do both.

Neither campaign responded to a request from Grist for comment on climate finance. That may have something to do with the fact that — unlike raising the minimum wage or improving college affordability — this issue is a political loser. What’s the constituency for international climate justice in the U.S., especially among swing voters? How many disengaged young people can be dragged to the polls by the promise of paying for sea walls and solar panels in Bangladesh? A big climate finance proposal would be a ripe target for Republicans to attack, with little political upside. But our political conversation about climate change isn’t really serious unless climate finance is a part of it.