Why Emma Watson's feminist speech is all about climate, too 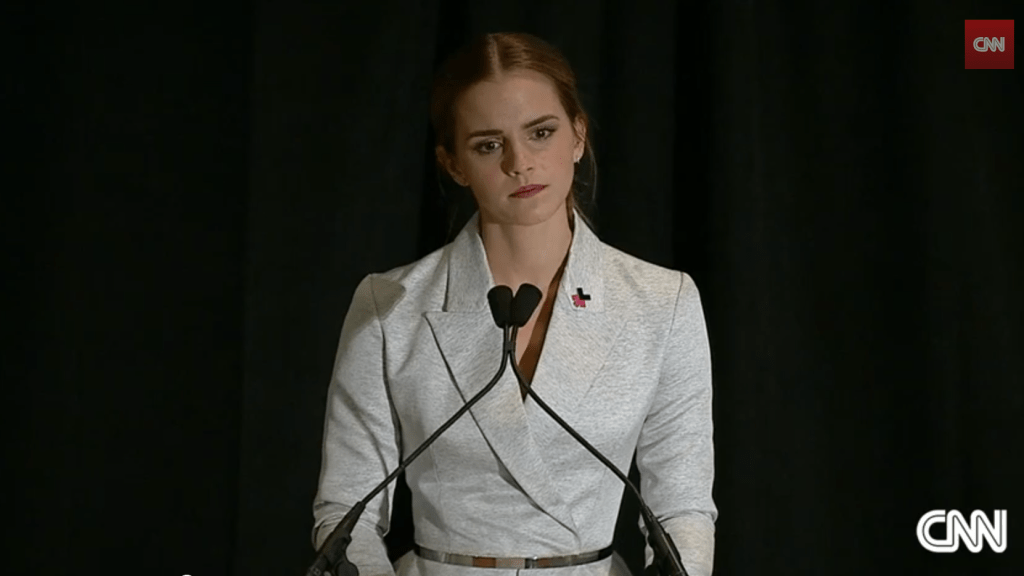 Why Emma Watson’s feminist speech is all about climate, too

On Saturday, Emma Watson gave this speech about feminism at the United Nations Headquarters, and let me tell you, she got me thinking a lot about the connection between climate change and women’s rights.

I’m not going to gush over Watson’s heartfelt delivery, or her seemingly genuine candor, or her eloquence, not to diminish any of those things. I readily admit that I initially scoffed at the idea of Watson addressing the U.N. on gender equality — was [insert name of young, pretty white actress of the moment here] busy? — but when more and more women whose opinions I respect started sharing the link to her speech, I thought, “OK, Hermione, I’ll bite.”

And then I felt like a cynical bitch (I am who I am)! Because, while she didn’t say anything truly revolutionary, I really thought she spoke compellingly about something that seems very obvious but isn’t talked about nearly as much as it should be: That it’s going to be very hard for women to attain equal political, economical, and social rights without the support of men. Watson, a new ambassador for U.N. Women, was speaking to promote the new U.N. campaign, HeforShe.

That is not to say that women can’t accomplish great things without men — but it’s harder to get things done if literally half the world kind of lurks around idly and fails to get actively involved in effecting change. What kinds of things have to be changed, anyway? Oh, gee, I don’t know. Giving women a voice in their healthcare decisions, ensuring that girls have equal access to education, ending wage discrimination — just for starters!

At the exact same time that Watson was addressing U.N. delegates, hundreds of thousands of people were marching literally right outside the building to bring attention to another little issue that will only affect a select few: Our old friend, climate change!

Each of the feminist causes that Watson brought up — education, reproductive health, fair wages — is very much tied to the future of the planet. When girls are educated, they can participate in policy decisions and lead scientific research — and since there’s evidence that women are more likely to take the science behind climate change seriously, we really can’t afford for that not to happen. When combining that education with control over their uteri, they can make decisions around how — and when — they contribute to population growth. And when women are paid fairly, they’re better equipped to deal with the challenges that climate change would throw them. Basically, there’s no such thing as sustainable development without equal participation of both women and men.

And yet there was absolutely no connection drawn between the march and her speech, although both were very highly publicized. That’s kind of weird! I, personally, would have loved for Watson to have brought that message to the climate march in some capacity — not that she necessarily had a lot of say in the matter.

And not to close on an entirely bummer note or anything, but how did a (very small, awful, and unrepresentative, granted) segment of the male population respond to Watson’s speech? By threatening to release nude photos of her — as punishment for demanding equality for women, I guess? I honestly can’t be bothered to explore the idiotic, inane delusions of the quasi-human cesspool that is 4chan.

So: There’s a lot of work to be done yet! And remember — it’s not just for women. It’s for the whole planet.

If you’re still curious (a nice way of saying confused, maybe?) about the link between women’s rights and climate change, BREATHE EASY! I’ll be exploring that relationship in posts to come.