PARIS, France — At last year’s U.N. climate conference in Lima, Peru, only 36 percent of the official delegates were women. The figure was worse for leaders of negotiating parties: 26 percent. That’s according to a report the U.N. released in September. And though the numbers haven’t been tallied yet for this year’s Paris Climate Conference, there’s little reason to think they’ll be much better.

That’s one of the more literal reasons why women’s voices are underrepresented here at the U.N. climate negotiations.

The women’s groups participating in the conference and its side events are largely calling for the same thing as other marginalized groups struggling to be heard in the climate conversation: stronger action and a tougher agreement. Women, like the poor and indigenous groups, tend to be hit harder by climate disruption and disaster.

“The women from the Global South will be the first to suffer,” said Kalyani Raj of All India Women’s Conference at a press conference in Paris. 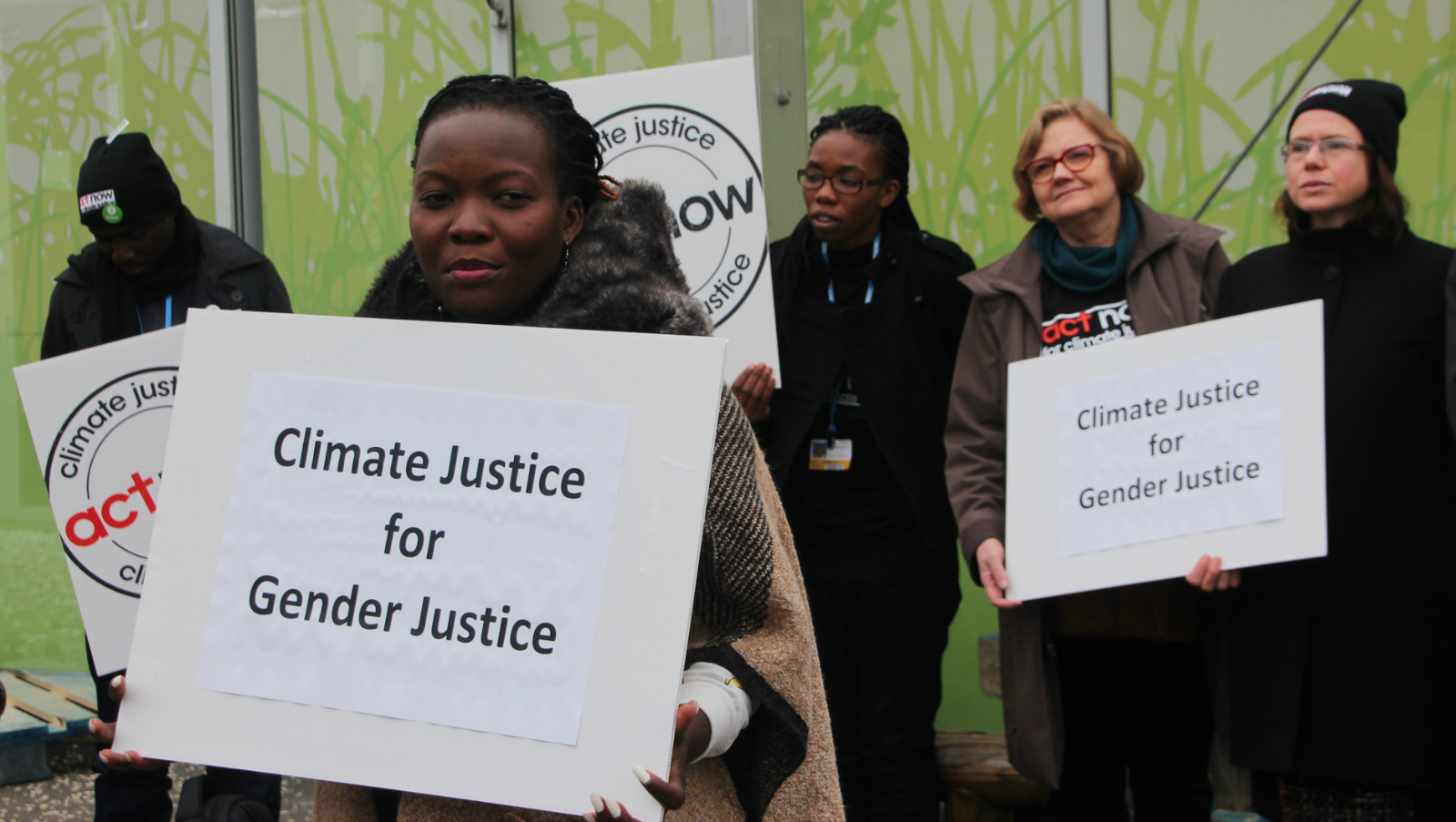 A number of women’s groups are working together under the umbrella of the Women and Gender Constituency (WGC), one of nine official stakeholder groups of the U.N. Framework Convention on Climate Change. Many of their demands are aligned with broad principles of climate justice: a goal to keep global temperature rise below 1.5 degrees C, instead of the 2 C target that some more powerful interests would prefer; protection of human rights and the rights of indigenous peoples; assistance from rich countries to help poor countries cope with loss and damages.

Other asks are more specific. The WGC argues that climate change adaptation plans, technology development, and public finance initiatives should be “gender-responsive.” In essence, that means that because climate change affects women in different ways than it does men, programs to help affected people need to specifically address women’s needs. As a November 2015 report from U.N. Women read, “No policy response to climate change is gender neutral.”

A climate-related disaster may, for example, displace both men and women, but once they become climate refugees, women will often suffer disproportionately — and unnecessarily so. Violence against women spikes after displacement. A 2003 report found, in a survey of displaced households in Sierra Leone, that 94 percent reported incidents of sexual assault. Health care for women in refugee camps and displacement zones is severely lacking. A new study from the U.N. Population Fund found that humanitarian aid programs generally do not provide services to assist with pregnancy, birth, and family planning. Up to 60 percent of all maternal deaths that could have been prevented occur in humanitarian aid zones.

Climate-response programs need to specifically consider gender so as to rectify these kinds of inequalities, women’s advocates argue. As such, the WGC is pushing for the Paris agreement to include language noting gender concerns. There are currently five references to gender in the draft text — no doubt thanks to the work of the WGC — but which ones will remain has yet to be decided. And even if the references remain, they have the feeling of lip service, not justice. Take a look at a section from the draft agreement’s article on adaptation, for example:

Parties acknowledge that adaptation action should follow a country-driven, gender-responsive, participatory and fully transparent approach, taking into consideration vulnerable groups, communities and ecosystems, and should be based on and guided by the best available science and, as appropriate, traditional, knowledge of indigenous peoples and local knowledge systems, with a view to integrating adaptation into relevant socioeconomic and environmental policies and actions, where appropriate.

These are undeniably important guiding principles. The paragraph is also exceptionally vague.

Three climate conferences ago, in Doha, the U.N.’s climate change arm decided to actively promote gender balance and boost the participation of women in the climate negotiations process. Sure, the move came 20 years after its founding, but better late than never.

Camille Risler of the Asia Pacific Forum on Women, Law and Development was encouraged by the Doha decision. She also pointed to last year’s update to the decision, the so-dubbed “Lima work program on gender,” which invites countries to “advance gender balance, promote gender sensitivity in developing and implementing climate policy, and achieve gender-responsive climate policy,” and which set up a working group to help them do so.

Miriam Reindl of Women in Europe for a Common Future is less optimistic. “Still the connection between climate change and gender is not understood,” she said.

Whatever the outcome of the Paris negotiations, more work will be needed to ensure policy makers get it — and more still to make sure they take action to improve women’s lives in a climate-changed world.