You might see fewer oil trains on the tracks, thanks to a new emergency order 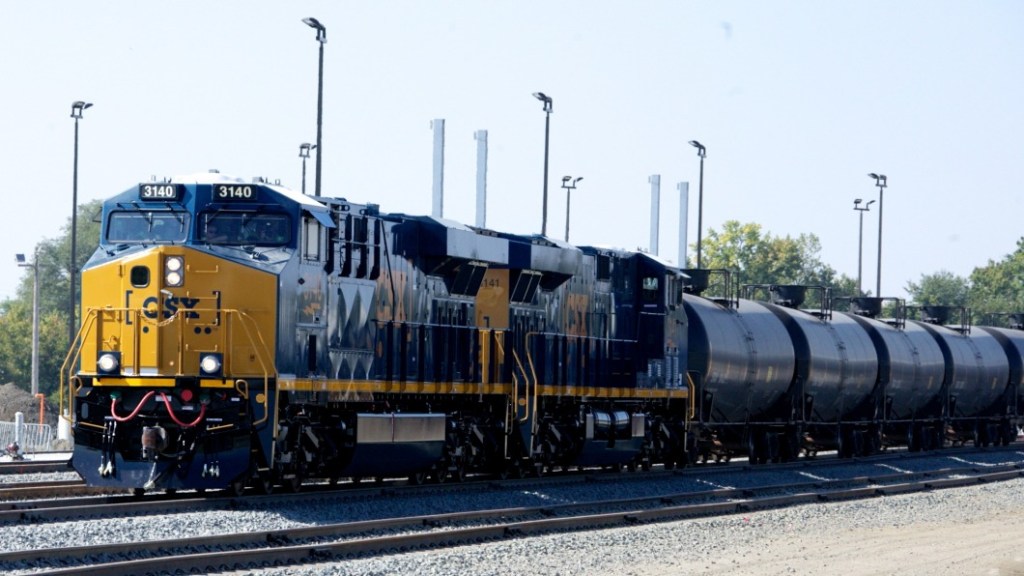 You might see fewer oil trains on the tracks, thanks to a new emergency order

The rash of exploding railcars across North America was treated with a dash of regulatory tonic this week.

Citing an “imminent hazard” of explosion and fire posed by trains hauling crude, the U.S. Department of Transportation issued an emergency order requiring more thorough testing of oil before it’s shipped. The department is especially concerned about oil from the Bakken shale formation in North Dakota and Montana, as it’s been found to be particularly explosive. The order also bars shipping oil in weak railcars designed for less hazardous materials.

The move could slow train shipments of oil from the Bakken shale and from Canada’s tar sands. Bloomberg reports:

The order threatens to worsen a shortage of tanker-cars, forcing U.S. shippers to search for more protective units designed to handle flammable crudes or risk curtailing deliveries, according to Marvin Trimble, the commercial development director at Strobel Starostka Transfer Canada, a rail-services company.

“You’re going to have to shuffle around your entire fleet,” Trimble said at the Crude by Rail 2014 conference [on Monday] … “It may seem like a little bit of an announcement, but it’s going to have far-reaching ramifications, and I don’t know for how long.” …

An investigation by the Federal Railroad Administration found that shippers sometimes misclassified the oil they offered for sale, loading supplies into tankers that weren’t sturdy enough to safely carry materials in the highest hazard category.

The American Petroleum Institute told a congressional hearing that the emergency order “creates confusion,” but other industry players acknowledged that the order made sense.

The New York Times reports that this is “the fourth emergency order or safety advisory issued in the last seven months related to the booming oil-by-rail trade.” And last week, major railroads agreed to eight voluntary steps to make oil shipments safer, including “lowering speed limits for oil trains in some cities, increasing the frequency of track inspections, adding more brakes on trains and improving the training of emergency medical workers,” according to the Times.

New safety rules for tank railcars are in the works (they’re sorely needed, as the most common kind of car used to ship oil, the DOT-111, is way too dangerous), but regulators won’t say how soon the rules will be out.

Independent rail experts and environmentalists are unimpressed by the action taken so far. This week’s emergency order in should have been stronger, said Peter Iwanowicz, executive director of Environmental Advocates of New York. “Merely requiring testing but not having an action plan or a requirement to release the testing data publicly still places our communities at risk,” he said.