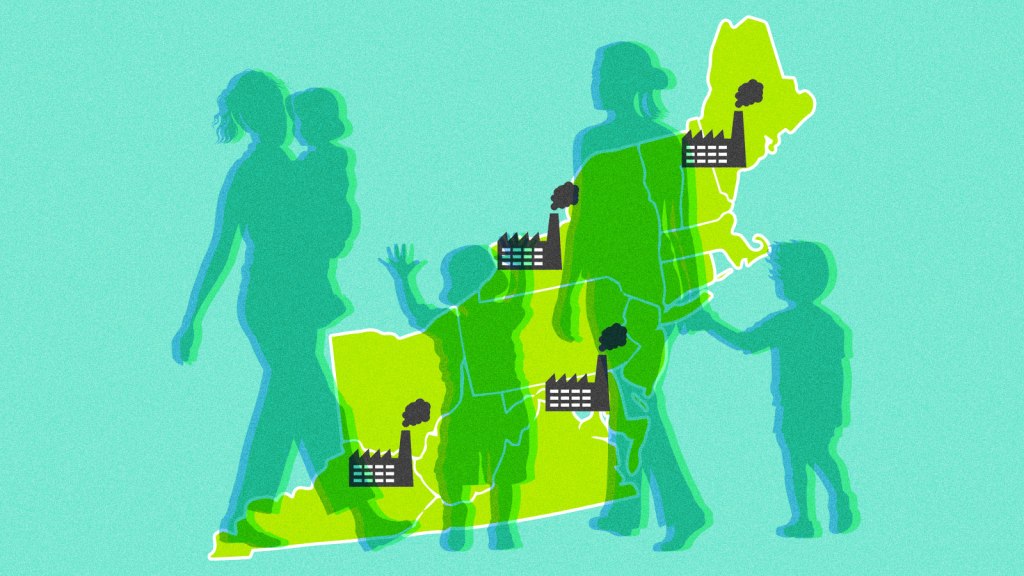 With Virginia and Pennsylvania clamoring to join, the Regional Greenhouse Gas Initiative, affectionately known as RGGI (pronounced “Reggie”), is becoming the coolest climate club on the East Coast. The program, which went into effect in 2009, places a cap on emissions from power plants across its 10 (soon to be 12) member states that tightens over time.

Carbon-wise, it’s proven to be a big success: By 2017, RGGI had already surpassed its 2020 goal of reducing emissions 45 percent below 2005 levels. A new study published in the peer-reviewed journal Environmental Health Perspectives on Wednesday shows the program has been a boon to public health, too.

While RGGI is designed to reduce CO2 emissions, it inevitably leads to reductions in other pollutants from power plants, like nitrogen oxides and sulfur dioxide. These gases react with other compounds in the atmosphere to form tiny, inhalable particles that are dangerous to human health.

For the new study, the researchers looked specifically at the health benefits for children and babies of reducing this “fine particulate matter,” as it’s called. They estimated that from 2009 to 2014, RGGI prevented more than 500 cases of childhood asthma, 112 preterm births, 98 cases of autism spectrum disorder, and 56 incidences of low birthweight. They also found that the amount of money saved by avoiding these and other childhood health impacts amounts to between $191 and $350 million. Even better, these benefits were not limited to participating states but were spread across neighboring states as well.

The new study builds on past research looking at the impact of RGGI primarily on adult health. A 2017 analysis by Abt Associates, a research firm, found that the reduction in particulate matter over the first five years RGGI was in effect prevented 300 to 830 premature deaths and saved between $3 and $8 billion in healthcare costs related to those deaths and a range of illnesses, including heart attacks, bronchitis, asthma, and drops in productivity such as lost work days due to poor air quality. But since 2017, new research on fine particulate matter has linked it to health burdens that were not investigated in the 2017 RGGI study. The new study aims to paint a more comprehensive picture of how RGGI has boosted public health, especially for children.

“As impressive as they are, these estimated benefits for children do not take into account their potential life-long consequences, so they are likely underestimates of the true benefits of this policy,” lead author Frederica Perera, a professor of environmental health sciences at Columbia’s Mailman School of Public Health, said in a statement. On top of that, the study does not take into account the health benefits of mitigating climate change, such as fewer heat-related illnesses. One area the authors identify for further research would be to see how these benefits are distributed across socioeconomic or racial groups, to evaluate whether RGGI is an effective policy response to environmental justice issues.

These benefits could easily be spread across the whole country if the Environmental Protection Agency (EPA) tightened its standards on particulate matter pollution under the Clean Air Act. But right now, the Trump administration is in the process of finalizing new standards that are … exactly the same as the old standards. Under the Clean Air Act, the EPA is supposed to review the science to make sure the standards protect public health, but the scientific advisory council tasked with doing this was fired by EPA administrator Andrew Wheeler. The council decided to meet and review the standards anyway, which were last updated in 2012. The council ultimately issued a letter last fall urging the EPA to enact stricter standards, which the agency ignored. The agency is currently going through 66,000 public comments submitted on the “new” rule, but it’s clearly on the list of items the Trump administration intends to push through by the end of the year.