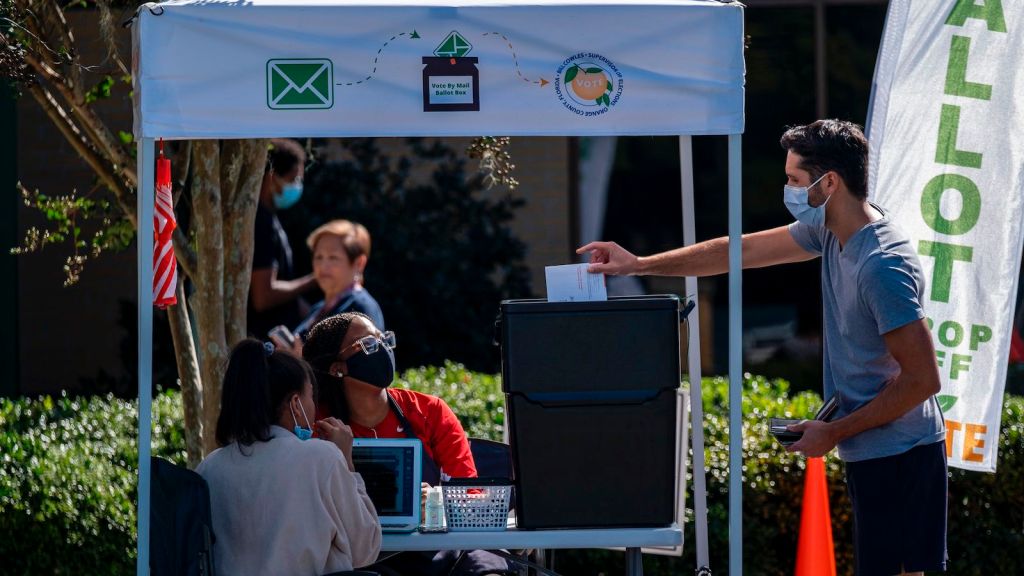 Countless surveys have found that a majority of American voters are concerned about climate change. But in key swing states, 11th-hour polling from the New York Times and Siena College found that the climate-related issues that hit closest to home remain deeply polarizing.

In Arizona, for example, voters were asked how worried they were about rising temperatures from global warming affecting their lives. Home to some of the fastest-warming cities in the United States, average temperatures in Arizona have risen by 3 degrees F since 1970. In Maricopa County, which includes Phoenix, heat-related illnesses and deaths have been trending upward for at least a decade.

But the poll found that these statistics haven’t freaked everyone out to the same degree. While 90 percent of Biden supporters responded that they were at least “somewhat worried” about extreme heat, with 62 percent reporting that they were “very worried,” only 22 percent of Trump voters reported being at least “somewhat worried.” An Arizona Trump supporter interviewed by the Times recognized that it was a hot place to live, but said “that’s why we have air-conditioners.” To the contrary, heat-related illnesses and deaths disproportionately impact poor communities that lack access to, or can’t afford, adequate cooling.

A similar trend was documented in Florida, where likely voters were asked how worried they were about sea-level rise having a significant impact on their lives. Biden, who has made climate change a centerpiece of his campaign strategy in the last few weeks, is banking on voters caring about the issue in Florida. He recently made an appeal to Florida voters with a new ad that focuses on the state’s struggles with rising water.

Climate change isn't a hoax –– it's a threat to millions of Americans like Velma and Amirah.

We have to vote out Donald Trump tomorrow and take urgent action to combat this crisis. pic.twitter.com/Lg9fvFlVg9

In it, two residents of Jacksonville talk about increased flooding in their city, from the horrors of Hurricane Irma to regularly dealing with water pooling in their neighborhoods, rising to their front doors. “We need help out here,” says 22-year-old Amirah Jackson.

But based on the Times/Siena poll, it’s unclear whether that message will resonate with voters who aren’t already all-in for Biden. While 84 percent of Biden supporters were at least somewhat concerned, again only 22 percent of Trump supporters reported some concern. Florida may be one of the first of the swing states to report preliminary results on Tuesday, since counties were able to begin processing early and mail-in ballots weeks in advance, and the race between the candidates is tight. The poll found Biden leading Trump by 3 points; however, that lead was within the margin of error of 3.2 percentage points.

In Pennsylvania, the most prominent climate-related issue isn’t the physical effects of a warming planet, but the implications for a significant economic driver in the state: fracking. And it’s clear that Pennsylvania voters’ feelings about the practice of drilling for oil and gas using hydraulic fracturing techniques are more varied and nebulous, particularly on the left.

In response to the Times/Siena poll, only 27 percent of voters said they opposed fracking entirely, as compared to the 52 percent majority reported in an August poll conducted by CBS News. Among Trump supporters in Pennsylvania, 86 percent were pro-fracking, but those in Biden’s camp were more mixed, with 25 percent pro-fracking and 47 percent opposed to it. That means nearly a third of Biden-supporting respondents said they did not know or declined to answer.

Trump and Vice President Mike Pence have repeatedly lied on the campaign trail about Biden’s position on fracking to win over voters, arguing that the former vice president would ban the practice, despite Biden’s insistence that he would not, and the fact that as president he wouldn’t even have the power to do so. We’ll soon find out whether the issue is as central to the Pennsylvania vote as Trump thinks it is.