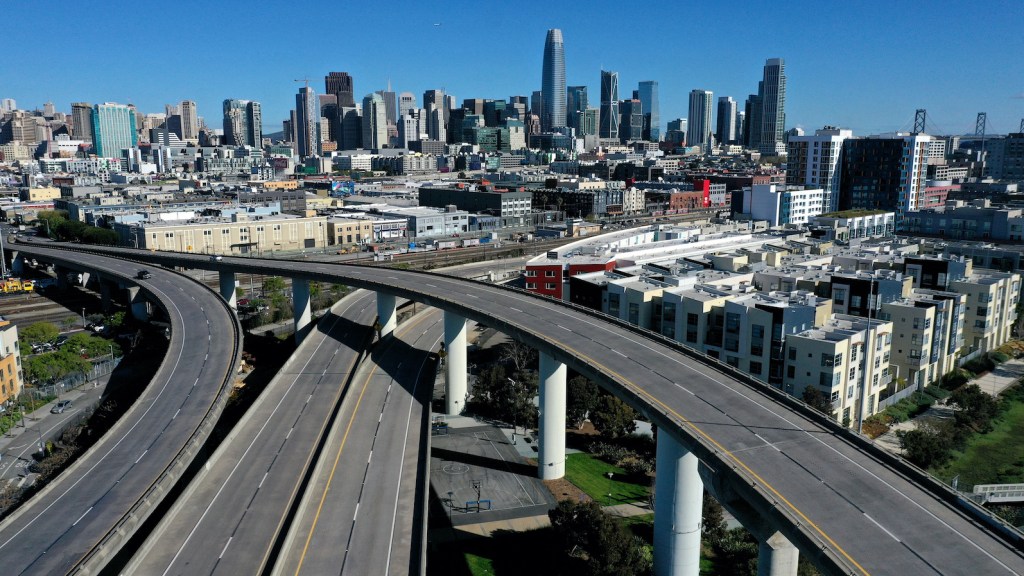 Four billion people worldwide are being told to shelter in their homes, the world economy has stalled, and scientists are anxiously awaiting what could be one of the largest drops in carbon emissions in history.

Climate scientists have spent decades warning the public that fossil fuel use must be curbed significantly to prevent dangerous climate change — but, as world governments drag their feet, emissions have kept climbing. There hasn’t been a serious drop in global emissions since 2009, in the wake of the Great Recession.

Now, a global COVID-19 pandemic might change all that.

“We could see emissions declines of 5 percent or more” in 2020, said Rob Jackson, professor at Stanford University and chair of the Global Carbon Project, an organization that tracks carbon emissions. “We haven’t seen that in my lifetime. We really haven’t seen anything comparable to that until you go back to World War Two.”

With increasing numbers of people confined to their homes, experts say that emissions from transportation — which normally accounts for about 14 percent of global greenhouse gas emissions — are in precipitous decline. With so many people stuck inside, clogged roads and busy airports have emptied out.

Researchers in New York City have found that local emissions of carbon dioxide, methane, and carbon monoxide are in steep decline. By some estimates, traffic in the city has fallen by over 30 percent. Air pollution in Los Angeles and Seattle has also plummeted.

Some scientists are looking for signs of falling emissions outside urban centers. The Mauna Loa Observatory in Hawaii has been tracking atmospheric CO2 levels since 1958. But Ralph Keeling, professor at the Scripps Institute of Oceanography, said that it’s still too early to expect a change.

“We don’t see it yet,” he said. According to Keeling, emissions would have to drop by about 10 percent for at least six months in order to be detected by the remote mountain top observatory. But, given the severity of the pandemic, he thinks that may happen in the next two years.

It’s still unclear what these changes could mean for climate change in the long term. A 5 percent global drop would only reduce emissions to where they were in 2011 — a far cry from the strong reductions needed to meet the goals of the Paris Agreement. The effect could be temporary. Carbon emissions dipped around 1.4 percent during the Great Recession, but in the aftermath the economy resurged and emissions followed.

And that’s not to mention the enormous human and social cost of the coronavirus, which has killed over 70,000 worldwide and left millions in need of financial support.

“I can’t tell you how many people call me and say, ‘Is this good for the climate?’,” said Jackson. “No. Millions of people out of work is not the way we want to reduce emissions.”

There are some ways that changes brought on by the coronavirus could contribute to climate action in the next few years. If governments around the world adopt “green” stimulus plans, they may be able to lock in some of the carbon reductions. The global shift to working-from-home could also lead to decreased travel — as companies and individuals learn that telecommuting can still be productive.

“This time could be different,” Jackson said. “I hope it’s different.”