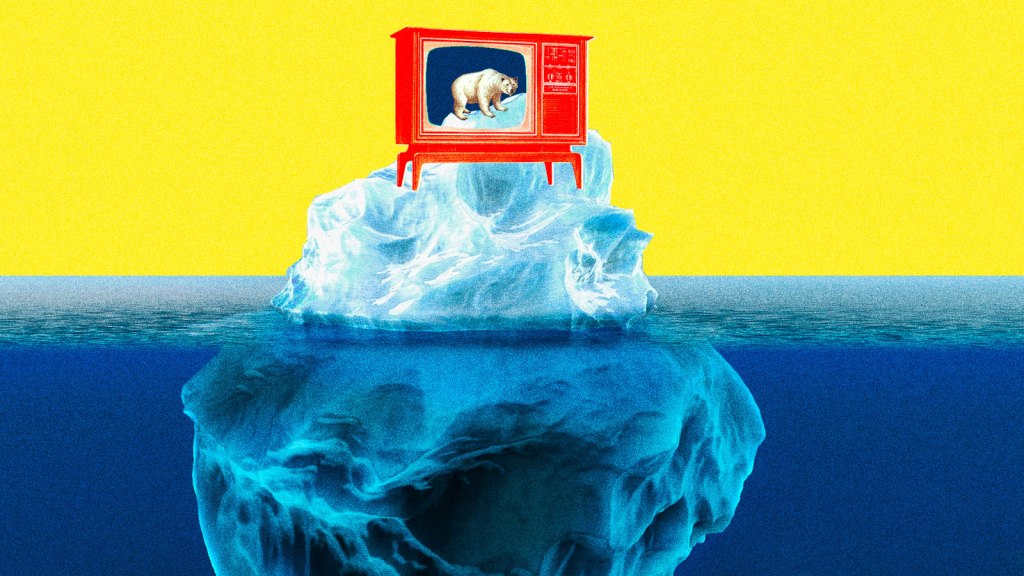 When it comes to climate change, television news is covering little more than the tip of the iceberg.

That’s according to a just-released report from Media Matters for America, which found that global warming garnered a tiny sliver — well under 1 percent — of overall broadcast news coverage. The progressive research nonprofit also found that, while these news outlets did cover climate change more often in 2019 than in the year prior, the quality of coverage was “generally shallow.” And when it came to giving voice to those hit first and worst by extreme weather and other climate-related disasters, the networks fell short: People of color were “massively underrepresented” in coverage.

“In spite of the increase in coverage from 2018 to 2019, climate coverage as a whole still made up only 0.6% of overall corporate broadcast TV nightly news in 2019, showing that these programs’ climate coverage does not adequately reflect the urgency and severity of the climate crisis,” the report found.

The study analyzed four nightly news programs and four Sunday morning political shows, focusing both on segments devoted to climate change as well as substantial mentions of the topic in other segments. Yet even with significant year-to-year increases in coverage — for example, a 180 percent increase in climate coverage on nightly news in 2019 compared to 2018 — corporate broadcasters failed to substantially improve the overall quantity and quality of their climate coverage, according to Media Matters.

Among the report’s key findings for 2019:

Media Matters is hardly alone in its withering analysis of major media coverage of climate change — and news outlets’ failure to link global warming to wildfires and other extreme weather events that are becoming the new normal.

Some of those critics are starting to offer solutions. At the University of California, Santa Barbara, Professor Leah C. Stokes and Ph.D. candidate Emily Williams have compiled a concise fact sheet intended to help journalists and citizens understand the scientific evidence linking climate change to wildfires. They are also working on a project with Climate Signals, a science information project from the nonprofit Climate Nexus, to help journalists more easily access academic journal articles on climate change, which are typically behind paywalls, according to a radio interview Stokes gave in September.

As Grist recently reported in a story about how local journalists are tackling climate coverage, a comprehensive approach to covering climate change should include going beyond analyzing the evidence supporting global warming. John Morales, a meteorologist at NBC6 in Miami, Florida, has been covering climate change for decades. He said that local news needs to cover “how fast things are changing, the links between the observed symptoms and causes of rising temperatures, and move on to ‘what do we do about this?’”

As Media Matters made clear on Wednesday, Morales is way ahead of television’s largest news providers.