No, we can’t blame tornadoes on climate change ... yet. 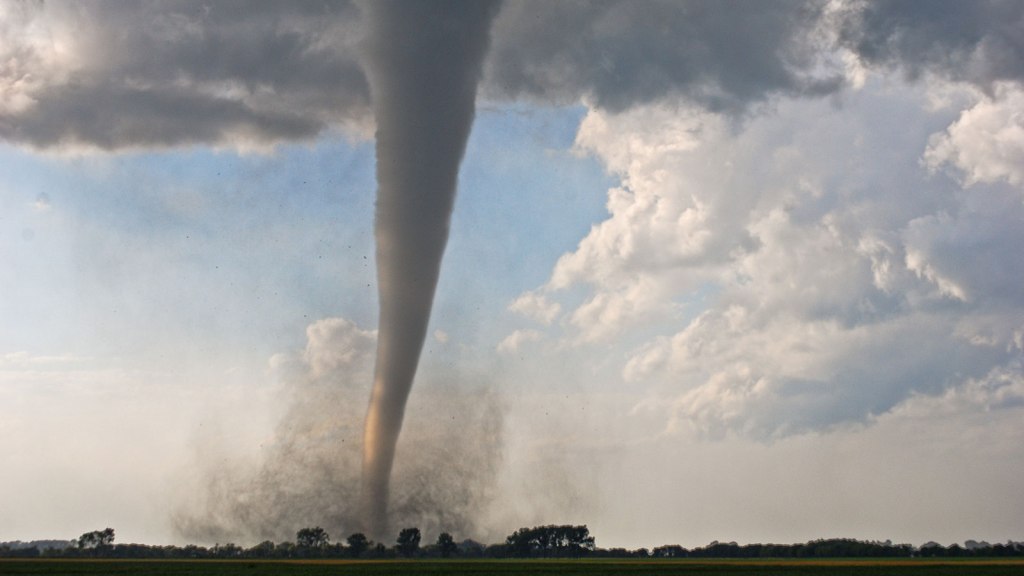 No, we can’t blame tornadoes on climate change … yet.

As tornadoes ripped through Nashville, Tennessee on Tuesday, destroying homes and neighborhoods, some saw a larger, planet-tampering force at work: climate change.

It’s easy to understand why. Researchers have long been able to connect some extreme weather events to climate change, through a technique known as “extreme event attribution.” In recent years, scientists have found robust connections between a warming planet and: heat waves, severe flooding, droughts, and some hurricanes. But there’s no clear connection yet with tornadoes. Though you wouldn’t know it from Twitter.

Tornadoes are getting longer and more destructive thanks to climate change, and "tornado alley" has moved 500 miles east in just 30 years, so disasters that once struck communities in Texas and Oklahoma familiar with the threat are now hitting unprepared places much further east. https://t.co/Wbt4MAcPvR

Research and scientists all agree that tornadoes are getting much worse in the Southeast due to climate change … exactly like recent devastating storms in Tennessee.

Part of the reason is that tornadoes form when warm, moist air collides with cold, dry air. So they require just-right temperatures — not too hot, and not too cold (that’s also why the tornado season arrives in the spring).

“When we start getting further away from things that are directly related to temperature, the attribution problem becomes a lot harder,” said Harold Brooks, a senior research scientist at the National Severe Storms Laboratory in Norman, Oklahoma.

Scientists typically assess the effect of climate change on weather by running simulations that compare how often an event happens in two worlds: one with man-made greenhouse gas emissions and one without. But because a tornado is much smaller than say, a hurricane, it can’t be simulated in typical climate and weather models, and researchers have to rely on observational records.

Observations show that even though the overall number of serious tornadoes has remained fairly stable — around 500 every year in the United States — the volatility of twisters has increased. Compared with the 1970s, there are now more days in the year without a single tornado, as well as more days in which the number of twisters across the country tops a whopping 30 (!).

“This is a strong result,” Brooks said. “But how it relates to the planet warming is an open question.” He thinks that atmospheric changes tied to climate change could play a role, but cautions that there’s no completely satisfactory explanation yet.

It’s true that tornadoes are on the move (see above tweet). Over the past few decades there has been a distinct shift, with more tornadoes occurring to the east of “Tornado Alley,” the broad swath of Great Plains states considered twister territory. Now, more tornadoes are forming in Southeastern states around Tennessee, and fewer are hitting the Texas panhandle.

So far, however, the shift is small: Brooks estimates only a 10 percent increase in twisters around Tennessee and a 10 percent decrease in the Texas panhandle. Some speculate that drier air creeping eastward — an effect previously linked to climate change — could be the culprit. At the moment, though, it’s still too early to tell.

Researchers are working on new ways to model the conditions that lead to tornado formation, and it’s possible that they may be able provide a more solid answer soon. For now, though, there’s no strong evidence that Dorothy’s house is more likely to be spirited away in a warming climate.