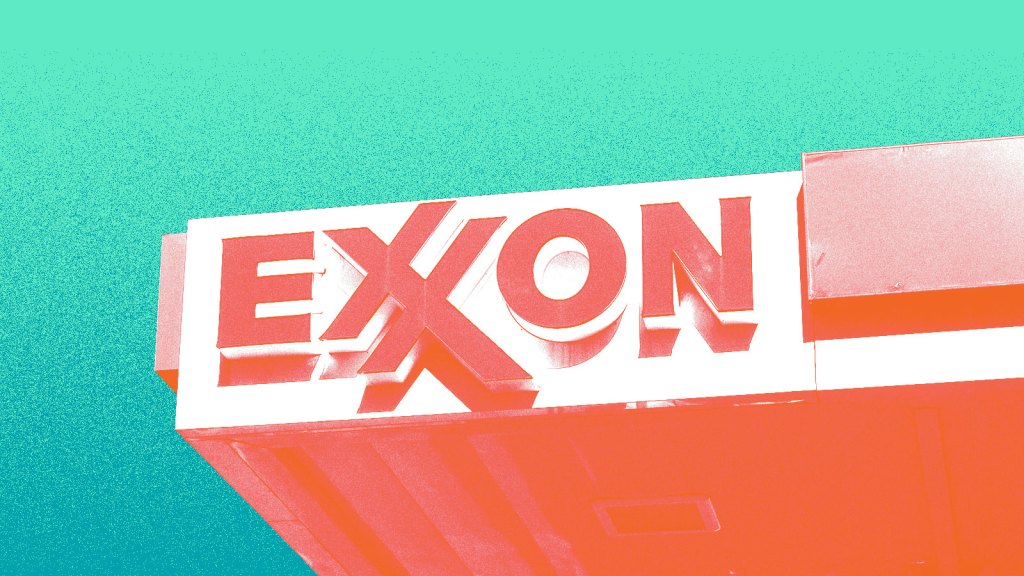 While European oil majors pledge carbon neutrality and write down their oil and gas assets, ExxonMobil is doubling down on fossil fuels.

According to internal documents from the American oil giant that were leaked to Bloomberg Green, ExxonMobil’s $210 billion growth strategy is set to increase the company’s annual carbon emissions by 17 percent between 2017 and 2025. That means that by 2025, Exxon plans to emit an extra 21 million metric tons of carbon dioxide just from its operations every year — an emissions hike that’s bigger than the annual CO2 output of Kenya.

Exxon said in a statement that those emissions projections were only an “early assessment,” and that its calculations had since changed.

The leaked documents make it clear that Exxon has spent considerable effort tracking its future climate impact, though it has declined to disclose its calculations to its investors and the public. Usually, oil majors only release retrospective emissions reports.

Exxon’s plans stand in stark contrast to pledges made by the company’s European competitors. In April, Shell pledged to reduce the emissions of its operations to net-zero by 2050, later announcing that it would slash the value of its oil and gas assets by as much as $22 billion and pursue the “decarbonization of its energy product mix.” Other European oil companies like BP and Total have announced similar decarbonization pledges this year.

Part of the impetus for recent oil and gas write-downs has been financial: Between the effects of the coronavirus pandemic and an oil price war between Russia and Saudi Arabia, oil prices have been struggling since March. But even before the virus, fossil fuel companies were facing pressure from activists, investors, and governments to cut back on the extraction of climate-change-causing fossil fuels. BP’s net-zero announcement, back in February, laid out a “new purpose and ambition” for the company: “reimagining energy for people and our planet.”

Despite feeling the sting of the pandemic, Exxon has made no indication that it will begin a pivot away from fossil fuels anytime soon. The company’s forecasted emissions hike is part of a seven-year plan that the company adopted back in 2018, identifying five key projects it would focus on in the coming years: extracting shale oil in the Permian Basin in Texas and New Mexico, drilling for oil off the coasts of Brazil and Guyana, and procuring liquefied natural gas in Mozambique and Papua New Guinea. Though many projects have been delayed during the pandemic, Bloomberg points out that Exxon has indicated it plans to eventually move forward with them.

The company justified its increase in oil and gas exploration by promising it would “continue to include meaningful emission mitigation efforts” in its ambitious growth plans.

In the leaked documents, the company called these emissions-reducing efforts ”self-help” measures — projects like capturing carbon and storing it in the ground, stanching methane leaks, and using more renewable energy to power its operations. Without these measures, Exxon’s carbon emissions would soar to 154 million metric tons per year by 2025 — a 26 percent increase from 2017 levels.

All these millions of metric tons of carbon only represent Exxon’s operational emissions, not emissions from combusting the fossil fuels that the company plans to extract. The majority of oil and gas’ carbon pollution stems from so-called “Scope 3” emissions — the greenhouse gases that are produced when consumers burn fuel in their vehicles, stoves, or elsewhere. According to a Bloomberg Opinion estimate, Exxon’s Scope 3 emissions amounted to 528 million metric tons of CO2 equivalent in 2019 — more than four times its operational emissions. (Unlike every major European oil company — and even the American gas giant Chevron — Exxon doesn’t disclose its Scope 3 emissions, not even retrospectively, forcing analysts to guess at the company’s full climate impact.)