To get coronavirus bailout money, the government is forcing airlines to fly 'ghost planes' 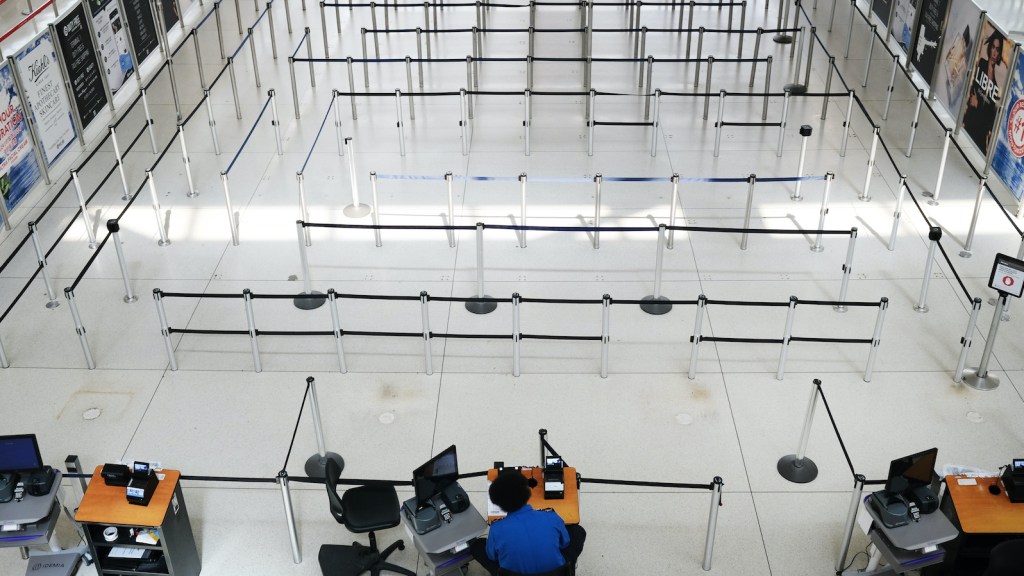 To get coronavirus bailout money, the government is forcing airlines to fly ‘ghost planes’

“Sorry for the long wait,” the TSA agent joked from behind his surgical mask. It was March 28, and I was the only person in the security line at Seattle-Tacoma International Airport. I was trying to get home to San Jose, California, to quarantine with my recently widowed father. Sea-Tac was eerily, frighteningly quiet. When I got on an inter-terminal train, there were only two people on board — me and the pilot of my flight.

The coronavirus pandemic has frozen many Americans in place, and the fallout is hitting airlines hard. On Thursday, only around 95,000 passengers passed through TSA checkpoints, compared to 2.6 million on the same day last year: a drop of more than 96 percent.

But even with most of the country staying home, the federal government is forcing planes to stay in the air. According to the U.S. Department of Transportation, airlines are only eligible for their portion of the $25 billion aviation bailout that the Trump administration recently negotiated if they maintain “minimum service requirements.”

That’s part of why, even though passenger numbers have plummeted, flights are still taking off all across the country. “The number of flights has only dropped something like 50 or 60 percent,” said Daniel Rutherford, program director for marine and aviation at the International Council on Clean Transportation. Flights that were once mostly full are now carrying a few passengers.

Other countries are flying markedly less. The commercial flight-tracking website Flightradar24 shows swarms of flights over the United States, while Europe has dramatically reduced its numbers of planes in the air.

The conditions of the federal bailout stipulate that if an airline flew a route at least once a day, five times a week before March 1, it must continue to do so during the pandemic — or request an exception.

At least nine airlines, including American, United, and Delta, have asked for exceptions so far, arguing that keeping planes in the air is neither “reasonable nor practical” during the current crisis. But the Department of Transportation has refused to grant most of them. On Thursday, the agency ordered Spirit Airlines to reinstate flights to 25 cities or risk losing government aid.

Rutherford believes that the minimum service requirements are only part of the story behind why U.S. planes are still flying. Airlines have been slow to adapt to the drop in demand, and are still figuring out how to adapt to fewer flights and where to park grounded aircraft. “By some analyses, airlines are still flying way more than they’re required to,” he said. “But I’m on the side that we don’t need a lot of these flights — and any government policy standing in the way of canceling them is a bad move.”

Flying is one of the most carbon-intensive actions an individual can take, and aviation currently accounts for about 3 percent of total U.S. greenhouse gas emissions. Democratic lawmakers had previously called for the airline bailout to include provisions for lowering emissions from the aviation industry; in the end, however, the money came with no climate strings attached.

Those policy changes will be all the more important as aviation rebounds post-pandemic. Rutherford thinks that, once the worst of the outbreak has passed, people will be excited to travel again. “History has shown that leisure travel rebounds pretty quickly,” he said.