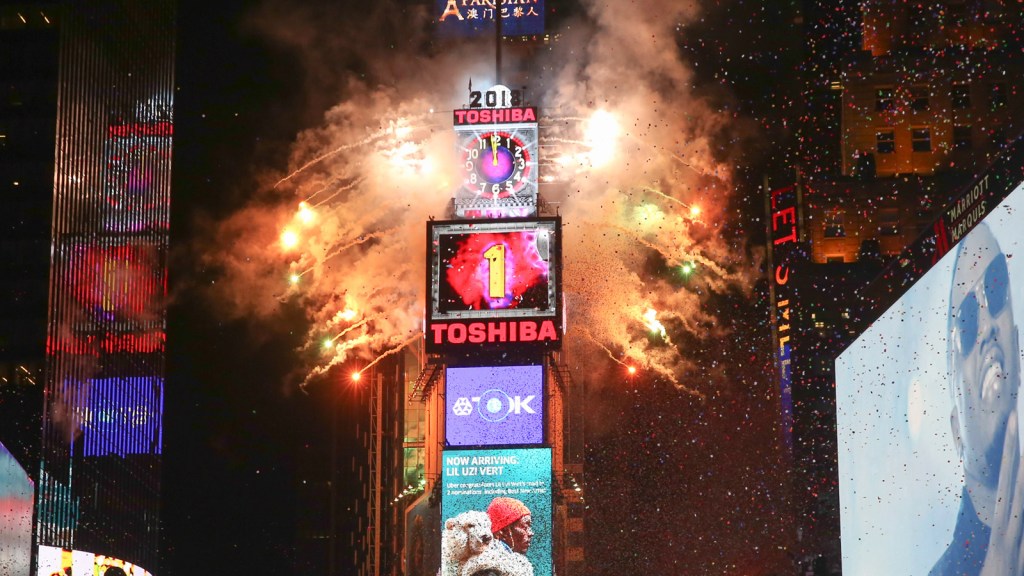 Tens of thousands of people gather in and around Times Square every New Year’s Eve, many braving the winter cold for several hours, just to witness New York City’s world-renowned ball drop to ring in the new year.

Every year, the organizers of the event invite special guests to push a crystal button on the main stage to signal that it’s time to drop the ball. Last year’s special guests were 12 prominent journalists, reflecting the theme of press freedom. Previous guests have ranged from former President Bill Clinton to Lady Gaga, so you can imagine our excitement when we found out that this year’s theme is … drumroll please … climate change!

From ice sheets crumbling and wildfires raging around the globe to kids taking climate matters into their own hands to Time magazine naming Greta Thunberg Person of the Year, 2019 was definitely a breakthrough year for climate change.

That’s why the event’s organizers, Times Square Alliance and Countdown Entertainment, decided that this year’s ball drop will honor New York City science teachers and students who have been working hard to address the climate crisis.

“You’d have to have your head buried in the Saudi Arabian sand to not be alarmed by all of the environmental catastrophes of 2019,” Tim Tompkins, president of the Times Square Alliance, said in a statement. “And you’d also have to have a soul of Styrofoam not to be moved by the passion of young people demanding that we do better, and ‘listen to the science’ to start solving the problem.”

Science teachers Jared Fox and Aida Rosenbaum will be on stage to push the button along with four of their students. Ricardo Herrera and Diane Arevalo, Fox’s students at the Washington Heights Expeditionary Learning School in Manhattan, are working on a clean air project that would build a green space between the school and a nearby park. Daniel Soto and Van Troy Ulloa, Rosenbaum’s students at the Bronx Latin School, led an initiative to raise funds for areas without clean water and also helped organize participation in the local Youth Climate March.

“This year’s special guests may not yet be household names,” Countdown Entertainment President Jeff Straus said in a statement, “but the work they and others like them are doing may well be the key to saving households around the globe from the consequences of global warming in the years to come.”