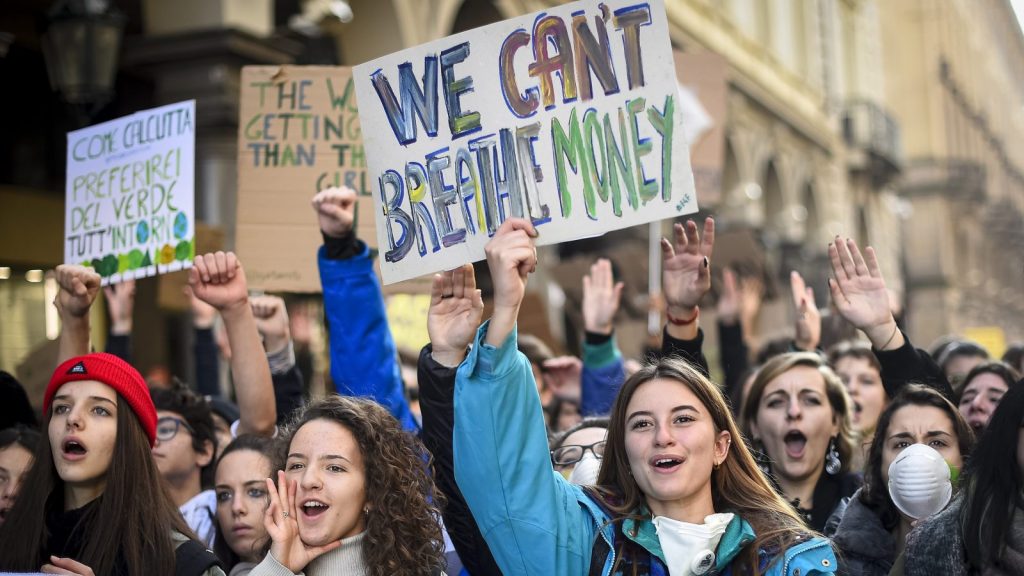 Over the course of the past 12 months, evidence of humanity’s blind hurtle toward climate catastrophe piled up: ice sheets crumbled, wildfires swept the world, and we learned one million species face extinction. But that’s just half of the story.

In a video produced by Time magazine, Greta Thunberg — whose rapid transformation from lone climate striker to Person of the Year is proof on its own that 2019 was a momentous year for climate politics — says not all is lost. “We’re often told about these negative tipping points, things that we can’t change,” she said. “There can also be positive tipping points, like when people decide they have had enough.”

Thunberg is right. This was the year, a moment in time decades in the making, that the scales finally tipped in favor of political action to address climate change. Here’s the proof.

The kids took matters into their own hands. In 2019, millions of youth activists took to the streets to make it known that they vehemently disapprove of the job adults are doing to curtail rising emissions. Following in the footsteps of generation Z, teachers, parents, and employees of some of the world’s biggest companies walked out in protest of government inaction on the crisis. These climate strikes took place on multiple Fridays throughout the fall of 2019, in cities around the world like Islamabad, Seoul, Berlin, New York, and Seattle. They will continue in 2020, as a global movement sparked, in part, by the courage of an autistic Swedish teenager continues to grow.

Presidential candidates stepped up. Climate change has never been a top priority at Democratic debates, but the crisis has never been more pronounced than it is right now, and Democrats have never been more concerned about the looming crisis. Shouldn’t debate moderators be asking the (countless) Democrats running for president a bunch of questions about how they aim to address this global threat?

The Democratic National Committee doesn’t seem to think so — when former candidate and current Washington state Governor Jay Inslee appealed to the committee to host a debate solely focused on climate change this summer, the DNC refused. That hasn’t stopped many of the candidates from unveiling ambitious climate proposals that aim to protect everything from national parks, to coastal communities, to the planet’s oceans. And it hasn’t stopped them from tying other issues like health care and agriculture to the climate crisis during debates and town halls. And all of the Democrats that qualified for the December primary debate have endorsed the Green New Deal. Speaking of which …

The Green New Deal burst onto the national stage. In February, freshman New York Representative Alexandria Ocasio-Cortez and junior Massachusetts Senator Ed Markey co-introduced a resolution “recognizing the duty of the Federal Government to create a Green New Deal.” Such a deal, as its authors see it, would transition the U.S. economy to renewable energy and create millions of jobs in the process. Republicans have called the resolution “self-inflicted economic ruin”, but dozens of Democratic senators and representatives endorsed the deal. Regardless of whether such an ambitious vision actually gets enacted, it’s prompted the Democratic establishment and some members of the GOP to start thinking about their own climate plans. That means that, after decades of relative silence, climate chatter has finally returned to Congress.

Voters and scientists started to align. Individual climate scientists have defined the current state of the environment as an “emergency” before, and so have some governments in places like New York City and the United Kingdom. In November, 11,000 scientists took things up a notch by banding together to declare a climate emergency in the science journal BioScience. As my colleague Miyo McGinn explained, this was no ordinary climate emergency. “For one thing,” she wrote, “it’s peer-reviewed. It’s also the first time so many scientists have directly told the public that the current state of the climate constitutes a crisis, rather than letting their data speak for itself.”

The public seems to be listening to scientists’ repeated warnings. Recent polls show climate change is a top issue for Democratic voters and even some Republicans. A May CNN poll showed that 82 percent of voting Democrats (including left-leaning independents) consider climate change a “top priority.” A Harvard poll showed that likely voters between 18 and 29 are in favor of climate policy even if it negatively affects the economy. A Gallup poll, also from this year, showed most Americans worry about climate change “a great deal” or a “fair amount.” And finally, recent surveys show young Republicans are beginning to sound like Democrats when it comes to the planet. “Republicans and Democrats between 18 and 38,” my colleague Kate Yoder wrote, “might as well be in the same party.”

To be sure, it’s not all roses and sunshine. In mid-December, Greta Thunberg departed Madrid by railroad, after more than two weeks of negotiations at the U.N. Climate Change Conference ended without a consensus. A week before the COP25 dispersed, scientists announced that CO2 emissions had once again risen to a record high. Which is to say things will get worse before they get better. But get better they will. I feel comfortable making that wildly optimistic prediction because I actually do believe that nothing and no one can hold a candle to the burning conviction of millions of angry kids. Here’s to a furious 2020.