Typically, on Memorial Day weekend, outdoor enthusiasts, environmental activists, and film geeks gather for an annual tradition in the mountains of Telluride, Colorado: the Mountainfilm Festival. But amid a pandemic, nothing seems to be happening as planned. This year’s festival is taking place in the virtual mountains — assuming your desktop background looks something like ours — and it starts more than a week early, this weekend actually.

Grist is the media sponsor for this year’s festival, so a few staffers got early access to the environmental documentaries included in 100-plus films that you can screen at home. We combed through them and selected a few titles worth watching.  These movies tell the stories of people who live on vanishing Arctic ice, near Cambodia’s (illegal) fishing grounds, and in the shadow of a petrochemical plant in Louisiana. In a time when so many people are stuck at home, the following films can virtually transport you around the world — and you’ll probably learn a few things along the way.

The Story of Plastic 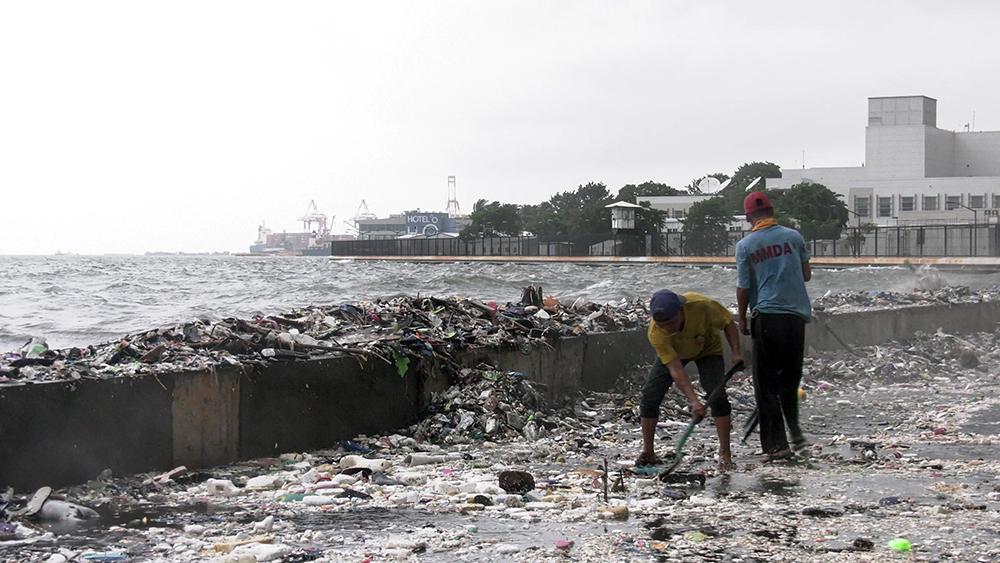 By now, most people know that plastic has permeated the farthest reaches of the world. Plastic bags have been found on the floor of the deep ocean and on remote mountaintops. Microplastics have even infiltrated our drinking water — and by extension, our own bodies.

But where does all that plastic come from in the first place? The Story of Plastic, directed by Deia Schlosberg, flips the script on who’s responsible for the planet’s enormous waste problem. The film circumnavigates the globe, from the plastic-coated banks of the Ci Luwing River in Indonesia to a petrochemical plant in Karnes County, Texas, tracing how corporations developed products wrapped in single-use plastics that can never be recycled, then blamed consumers for the environmental fallout.

The plastics that can be recycled, meanwhile, are exported for other countries to deal with. The United States used to ship its bales of plastic off to China — until China closed its doors to waste from the West in 2018. Now, our plastic bags and take-out containers are sent to Indonesia and Thailand, where impoverished “trash-pickers” separate out the reusable materials and incinerate the rest, spewing toxic chemicals into the air.

Making a profit from it all is the fossil fuel industry, which sees plastic production as an emerging market as the threat of climate change begins to cut off demand for oil and gas.

In 2017, the Trump administration reduced the 2-million-acre Grand Staircase-Escalante National Monument in Utah by more than 860,000 acres in order to open it up to mining and drilling. Desert Mourning shows how that federal decision is playing out on a human level by profiling three people with different ties to the monument: a Paiute elder who fought for monument status for the area starting in the 1980s after seeing tourists carelessly digging up artifacts there, a cattle rancher whose herds graze on the land and who sees environmental stewardship as instrumental to his Mormon faith, and a former park ranger who found solace and companionship on the monument after parting ways with her religious community. Director Henry Kinder manages to pack pathos, existential mystery, and even a few twists into the film’s unhurried 17-minute runtime.

Alexander John Glustrom’s new heart-wrenching documentary masterfully captures history repeating itself. Mossville: When Great Trees Fall is named after one of Maya Angelou’s poems about loss and grief, and it’s an emotional rollercoaster. The film tells a story of racism, corporate power, displacement, family separation, and cultural and historical erasure. Mossville, Louisiana, was founded in 1790 by freed slaves who wanted to leave their past behind and start anew. The small town became their refuge. Streets were named after them. Their trees and gardens blossomed. But all of that vanished when companies started building fossil fuel plants nearby in the 1940s, polluting their land, air, and water.

The hero of the film, Stacey Ryan, refused to leave Mossville when petrochemical giant Sasol set up shop and bought everyone out of the land. “Welcome to Downtown Mossville,” says Ryan, a descendant of one of the town’s founders and whose parents died of cancer, as the camera shows him building fences around his home. “Population? One.”

Glustrom’s masterpiece goes across borders to visit Sasol’s homeland in South Africa, where the company was founded during apartheid. The film highlights the underlying inequities caused by Sasol’s venture and underscores the exploitation of and environmental racism against black people as a global issue. 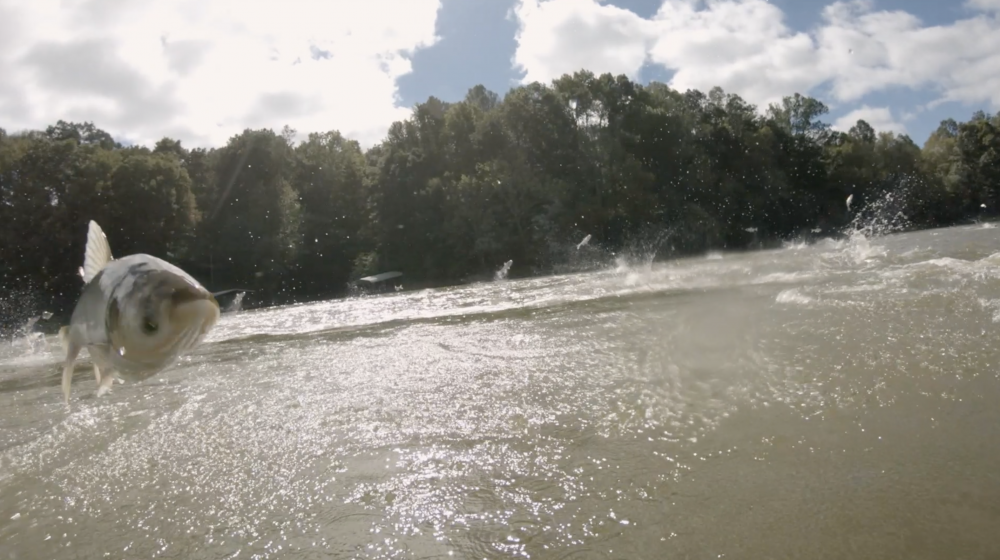 Countless Asian carp flop through the air in the short film Adaptation: Kentucky. (In the first minute alone, I tallied at least 30.) The invasive species has taken over rivers and lakes in the U.S., crowding out native species and putting people in danger. When the carp leap out of the water, they can break bones or cause concussions, explains Alizé Carrère, the environmental anthropologist who directed and narrates the documentary.

Americans don’t like to eat the bony fish, but in some parts of the world, Asian carp are a delicacy. The film follows Angie Yu, a Chinese-American woman who started one of the first large-scale carp-processing businesses in small-town Kentucky in 2013. Now the wild-caught fish are exported to 11 countries including Bangladesh and China, where demand is booming. As for the locals? They’re eating something called “Kentucky whitefish” in the form of carp hot dogs and carp burgers. 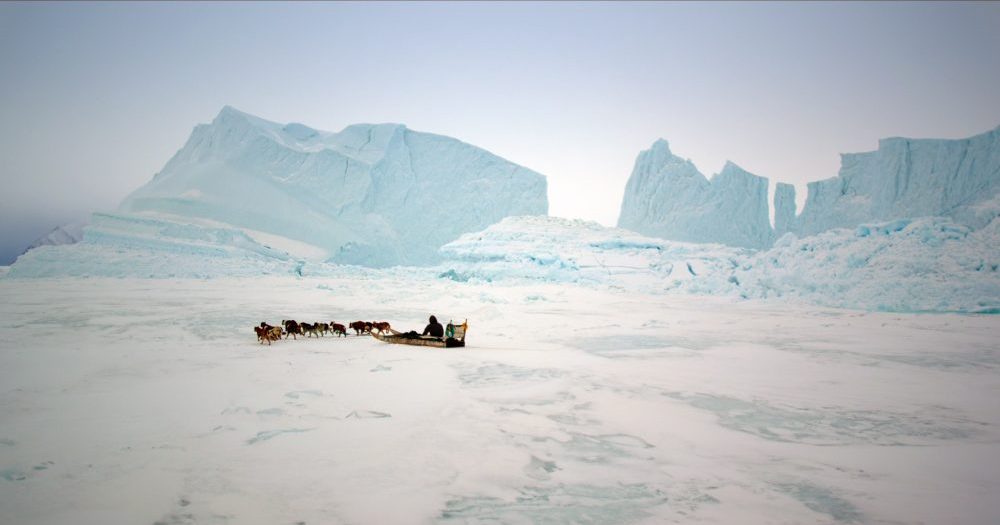 It’s no surprise that there are plenty of stunning aerial shots of Arctic sea ice and closeups of polar bears and seals in Scott Ressler’s The Last Ice — Ressler is a longtime video producer for National Geographic, which practically invented environmental eye candy. But The Last Ice isn’t your standard nature documentary. It’s a moving portrait of two young Inuit trying to find their place as their communities face the twin challenges of colonialism and climate change.

The film centers on the Pikialasorsuaq, an ecologically rich triangle of water between Canada and Greenland that has drawn international interest as a possible site for oil and gas exploration, fishing, shipping, and tourism. Historically, Inuit crossed easily between the two landmasses over sea ice, but the melting ice has severed families and communities. The lack of ice poses a different problem for Aleqatsiaq Peary, a young hunter in northern Greenland learning traditional ways of catching seals and fish from his uncle: Their ancestral hunting grounds are disappearing beneath their feet. Meanwhile, in Canada, Maatalii Okalik, who advocates for Inuit youth, grapples with the aftershocks of the Inuit’s very recent history of forced relocation and family separation at the hands of the Canadian government. “When people talk about colonization, they’re like, ‘Oh, that happened hundreds of years ago,” she says at one point. “But for us, in Inuit homeland, colonization happened to my grandparents.”

The Last Ice is an engrossing chronicle of resilience in the face of injustice — both historical and ongoing.

Along the tropical shores of the Gulf of Thailand, Cambodia’s marine border with Vietnam is a hotspot for environmentally destructive (and sometimes violent) illegal fishing. The film Current Sea hones in on Koh Seh, a small island within trawling-ravaged Cambodian waters, where a ragtag group of vigilantes, scientists, and students are fighting to create a protected area — and taking the task of keeping out Vietnamese trawlers into their own hands.

At times, the film plays out like an action movie, but the story is more emotionally driven than your typical thriller — the interludes of heightened action are just a bonus. Although the director’s decision to star two white men may raise some eyebrows, the documentary offers a compelling display of the danger Cambodians face when taking action against corruption and lawbreakers. In a proverbial sea of bad news about oceans, Current Sea is an unexpected story of hope. 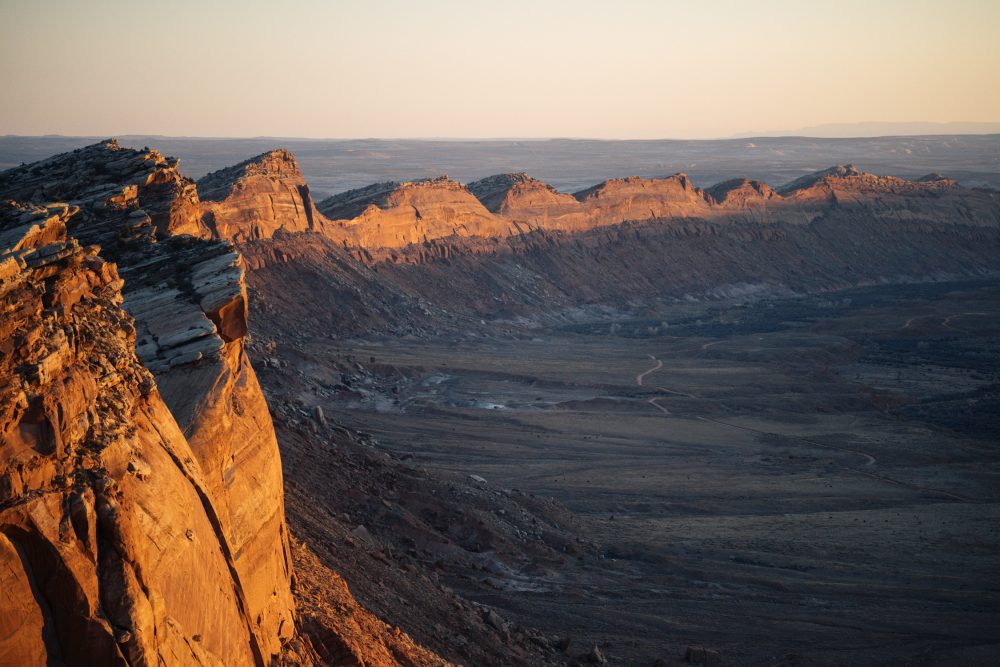 Public Trust is the cure for frazzled nerves we all need right now. At a time when we’d normally be frolicking at a local watering hole or a public park, we’re stuck indoors baking more bread than one can possibly consume and searching for the next show to binge. The 95-minute documentary takes you on a journey through the vast and majestic wildlife refuges, national parks and monuments, and wilderness areas in the country. Public Trust will remind you of the natural beauty that still exists — mesmerizing shots of Minnesota’s Boundary Waters, the vast expanse of red rock in Bears Ears in Utah, and a herd of migrating caribou in the Arctic National Wildlife Refuge — and the ongoing battle to protect all of it.

The documentary follows Hal Herring, a grizzled journalist based in Montana, as he chronicles some of the biggest public lands fights, from the Sagebrush Rebellion of the 1970s and ’80s to the struggle over Bears Ears happening today. It also centers the voices of indigenous advocates who have been critical in pushing back against numerous efforts by Republican lawmakers to allow extractive industries to profit off the vast wealth buried on public lands.

The documentary lacks a strong narrative backbone and is at times repetitive, but it’s a must-watch for anyone seeking to understand the historical, cultural, and political significance of the creation of public lands in the U.S. — a truly unique and grand experiment — and what’s at stake today.

When wildfires devastated California’s wine country in October 2017, burning 200,000 acres and killing 44 people, wealthy homeowners and winemakers were the face of the disaster in most national media coverage. But the fires were even more devastating for the 54,000 undocumented immigrants living in Napa and Sonoma counties, primarily farm and service workers who quite literally keep the local economy running. All That Remains profiles Consuelo Medrano, an outreach ambassador for a local community resource center who is intimately familiar with the problems undocumented people have faced from the fires. One local farmworker lost $40,000 in cash, his life savings, in the fire; others drove their families to a local bay as their surroundings burned because they were afraid of ICE raids at local shelters. “We’re here in plain sight, but sometimes we’re invisible,” Medrano says — an injustice that director Eva Rendle’s short film addresses head-on.

In the midst of a pandemic, ‘home’ takes on new importance