What is up with Uber destroying tens of thousands of perfectly good e-bikes? 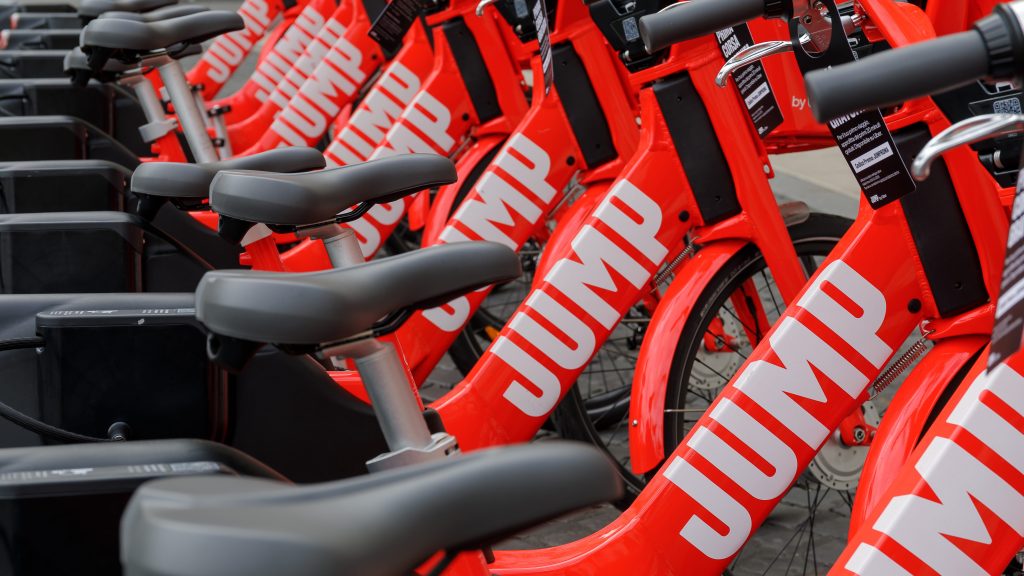 What is up with Uber destroying tens of thousands of perfectly good e-bikes?

Jump, the dockless bike- and scooter-sharing company, has had an eventful few years. In 2018, it rebranded from its original name, Social Bicycles, and then got bought by Uber, which was looking to diversify its transportation offerings. A little over two years later, in the middle of a pandemic, Uber made a deal with Lime — one of Jump’s micromobility competitors —in which Lime would take over Jump operations. Now, as the details of that deal continue to get hammered out, Jump’s two parent companies are under fire for disassembling and recycling tens of thousands of fully functional e-bikes that neither Uber nor Lime wanted to keep.

The decision to destroy the bikes was first reported by Kurt Kaminer on Bike Share Museum, a bike-share enthusiast website. Outrage spread quickly after Cris Moffitt, a Florida entrepreneur, tweeted out photos and videos that he told reporters were taken by a friend who works for the North Carolina recycling company that was hired to reduce the bikes to scrap metal after their batteries were removed. An employee of the company told Vice’s Aaron Gordon that it had received “about 18 trailers” full of e-bikes and scooters for processing.

‼️RT to MAKE A CHANGE‼️
Hey @JUMPbyUber, why is this happening? TEN semi loads of good bikes🚲trashed⁉️ Let's collaborate on a non-profit to repaint & repurpose these. Give kids transportation to their first jobs👧👦@Casey want to help?🙏 pic.twitter.com/N8Uv82tr1B

E-bikes are “among the most energy-efficient motorized mode of transportation out there,” as civil and environmental engineering professor Christopher Cherry told Grist’s Eve Andrews earlier this year. They hold special appeal for people who might not otherwise ride bikes, since their electricity-powered motors make it possible to bike long distances, and up hills, without breaking a sweat.

The decision to destroy the bikes, rather than donate or sell them, elicited bafflement, anger, and disappointment from cycling advocates. Jon Orcutt, communications director of the advocacy nonprofit Bike New York, told Vice, “Even if there isn’t a city government with the chops to convert unwanted Jumps into a new/used e-bike share system, why not at least peel the decals off and sell the bikes to individuals?” Former Jump employee Rudi Riet tweeted, “Sorry, but this is a f*cking gut punch to all of us who put our skin in the game.”

According to Uber, it was simply impractical to extend the lives of the e-bikes by donating them. “We explored donating the remaining, older-model bikes, but given many significant issues — including maintenance, liability, safety concerns, and a lack of consumer-grade charging equipment — we decided the best approach was to responsibly recycle them,” an Uber spokesperson said in a statement sent to multiple reporters.

Meanwhile, Lime floated the possibility that some unused Jump e-bikes may still get a second life after its deal with Uber is finalized. “Once the transaction officially closes, we plan to work with Uber to find sustainable ways to donate and re-use any remaining e-bikes in their inventory,” a Lime spokesperson said in a statement.

With a bicycling boom already underway in major cities due to COVID-19 fears and bicycle manufacturers unable to keep up with demand, Uber’s decision to destroy truckloads of perfectly good e-bikes came at the worst possible time, when, as Kaminer noted, the pandemic has made the bicycle “an object of survival.

“Heavy as they are,” he continued, “these could be transportation for the many who have been brought to financial ruin during COVID-19.”