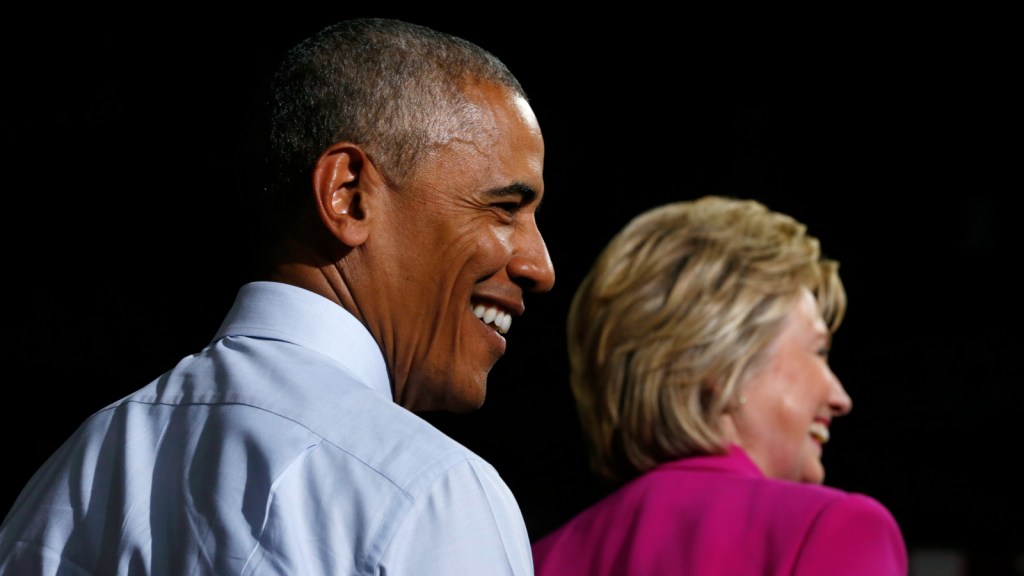 PHILADELPHIA — Can you imagine a Democratic nominee for president who boasts about increasing American oil and gas production and tries to take credit for it? It sounds like a picture from a distant past. But in 2012, during his reelection campaign, President Obama was bragging about the fracking boom, and the Democratic Party platform touted his all-of-the-above energy policy.

This election cycle is very different. The Democratic primary candidates competed over who would be the toughest on fossil fuels and climate change. Hillary Clinton has called for banning offshore drilling in the Arctic and Atlantic, phasing out fossil fuel production on public land, and imposing stricter fracking regulations. She did not get there on her own: Both Martin O’Malley and Bernie Sanders challenged her from the left on climate change with even more ambitious proposals. The Sanders’ camp also pushed the Democratic platform committee with a number of climate-related demands, resulting in a document that calls for carbon pricing and rejecting future infrastructure projects that would increase U.S. carbon emissions.

The party that gathers in Philadelphia for its national convention this week has been transformed on climate change and energy policy since 2012. The shift is not about Obama versus Clinton as individuals. Obama himself has moved toward stronger climate action in his second term. No one would have predicted in 2011 that he would reject Keystone XL and start reforming coal leasing on federal land.

Rather, as cautious, mainstream Democrats, Clinton and Obama are being pulled by the grassroots climate movement, which is more assertive and effective than ever before. In 2011, few could have foreseen how big and powerful the anti-Keystone movement would become, or that a climate march would draw 400,000 people into the streets of New York City just three years later.

But climate hawks aren’t satisfied. There is huge progress to cheer and a clear contrast with Donald Trump and the Republicans. Yet Clinton and the Democrats still stop far short of what is needed to avert catastrophic climate change.

“This is a Democratic Party that has embraced climate science and climate solutions,” Erich Pica, president of the lefty green group Friends of the Earth, told Grist in a recent interview. Still, Pica says the Democrats need to be pushed to go further because their current slate of policies fall well short of those needed to cut greenhouse gas emissions 80 percent below 1990 levels by 2050, which climate scientists say is needed to avert catastrophe. “If you accept the science but you have a slate of solutions that don’t ameliorate the impacts, you could be accused of soft climate denialism,” said Pica.

And as we learn more about climate change, scientists’ projections grow more dire and activists’ demands grow more ambitious. Recent studies have suggested that the crucial tipping point that warming must stop short of crossing may fall closer to 1.5 degrees Celsius above pre-industrial temperatures rather than the 2C previously thought. That, combined with the rapidly escalating severity of warming and its consequences each year, is driving climate activists to keep amping up their goals. “The aspirations of the climate movement are quite a bit larger than they were four years ago,” says Pica. “I think the Democratic platform is getting closer to the movement as the movement gets more radicalized and more aggressive.”

It’s not clear from the convention agenda how prominently climate change will be featured in the speeches. None of the elected officials speaking are identified with climate change or the environment as their primary issue. One environmentalist, League of Conservation Voters President Gene Karpinski, will be speaking on Thursday. Bernie Sanders will surely mention it in his address on Monday night, but he may focus more on economic inequality, as he did during his campaign. And while Clinton’s record on climate change is solidly progressive, she has never shown much personal passion about it in the way that she does for women’s equality or health-care reform. She isn’t Al Gore. Even Al Gore wasn’t Al Gore when he ran for president and needed to worry about winning in West Virginia and Ohio.

And so this week will present two different faces inside and outside the convention hall. Inside the Pennsylvania Convention Center, green-minded Democratic activists will hold a meeting to begin organizing what they hope will become a permanent DNC Climate, Environment and Energy Council, an advisory and advocacy arm of the party similar to the existing councils on issues such as faith, labor, and disability. And speakers at the podium will cite, at least in passing, the party’s environmental policy achievements from the last four years and proposals for the next four. But outside, activists will rail against ongoing fossil fuel dependence and extraction and demand that politicians move faster to stop it.

“Elected officials don’t respond to the data alone, but they do respond to an inflamed public that knows the data,” said Sandra Steingraber, a biologist and anti-fracking activist, at the the Summit for a Clean Energy Revolution, a gathering of clean energy activists in Philadelphia on Saturday.

The work of pushing Clinton and her party to strengthen their resolve to stop climate change has only just begun.