The coronavirus pandemic has mostly yielded bad news for renewable energy. Disruptions to supply chains and slowdowns in permitting and construction have delayed solar and wind projects, endangering their eligibility for the soon-to-expire investment tax credits they rely on. There’s another form of renewable energy, however, that might see a benefit from the recent global economic upheaval and emerge in a better position to help the United States decarbonize its electricity system: geothermal.

Geothermal energy comes from heat beneath the earth’s surface that we can tap into to generate electricity and to heat and cool our buildings. In a report released last year detailing the growth potential of geothermal energy, the Department of Energy called it “America’s untapped energy giant.”

Unlike wind and the sun, subsurface heat is available 24/7, perpetually replenished by the radioactive decay of minerals deeper down. But compared to wind and solar farms, geothermal power plants are expensive to build. The cost can range from $2,000 to $5,000 per installed kilowatt, and even the least expensive geothermal plant in the U.S. costs more than double that of a utility-scale solar farm. Engineers have to drill thousands of feet into the ground to reach reservoirs of water and rock hotter than 300 degrees F in order for the plants to be economical. Plants generate electricity by pumping steam or hot water up from those reservoirs to spin a turbine which powers a generator.

Experts told Grist that drilling can account for anywhere between 25 to 70 percent of the cost of a project, depending on where it is, the method of drilling, and the equipment required. But now, the companies that supply the machinery and services for drilling are starting to slash rates.

That’s because they are the same suppliers the oil industry uses, but oil companies are idling drilling rigs and cutting contracts left and right. They’re getting pummeled by the largest oil price crash in decades, the result of plunging demand due to the pandemic and a glut in supply because of a price war between Saudi Arabia and Russia. On Tuesday, the U.S. Energy Information Administration revised its short-term outlook for crude oil production, predicting a steep decline through 2021. All of the suppliers who are normally digging for oil are now eager for new business.

Tim Latimer, a former drilling engineer for the oil and gas industry and now the cofounder and CEO of Fervo Energy, a geothermal energy company (and a 2020 Grist 50 Fixer) said suppliers have already been willing to knock 10 percent off quotes they gave him a few weeks ago. In a recent Twitter thread, Latimer predicted that drilling costs could drop by as much as 20 to 40 percent. On top of that, interest rates are down, and recovery bills with new funding for clean energy are potentially around the corner.

Lowering the up-front cost of building a geothermal power plant would allow plant operators to bring down electricity prices, which could attract new interest in geothermal from utilities. “If you can bring that price down even a little bit,” Latimer said, utility buyers “get a lot more excited about it because they want to have something in their portfolio that can produce electricity at night.”

In California, which has set a target of 100 percent clean electricity by 2045, energy providers are starting to recognize the benefits of geothermal’s round-the-clock power and have agreed to purchase power from two new plants being built in the state. But in states where there isn’t as much pressure to decarbonize, it’s a tough sell: The cost of electrons from a geothermal plant can be more than three times as high as those from solar and wind.

Part of the problem, according to Susan Petty, the chief technology officer, president, and co-founder of geothermal company AltaRock Energy, is that utilities don’t place extra value on geothermal’s ability to generate electricity all the time. She said bringing drilling costs down will help, but it would help even more if there were parity in the tax incentives for renewables: This year, geothermal electricity projects were eligible for a 10 percent investment tax credit, compared to a 26 percent credit for solar and wind.

Geothermal faces other hurdles, like a lengthy permitting process that stretches out project timelines. It can be challenging to find investors during the early, risky stages of a project, before the viability of developing a given site has been proven. Geothermal also suffers from a PR problem — people just aren’t as familiar with it as they are with wind and solar. The technology has been around in the U.S. since the 1960s, but for these reasons and others, geothermal still only makes up 0.4 percent of the U.S. electricity mix. 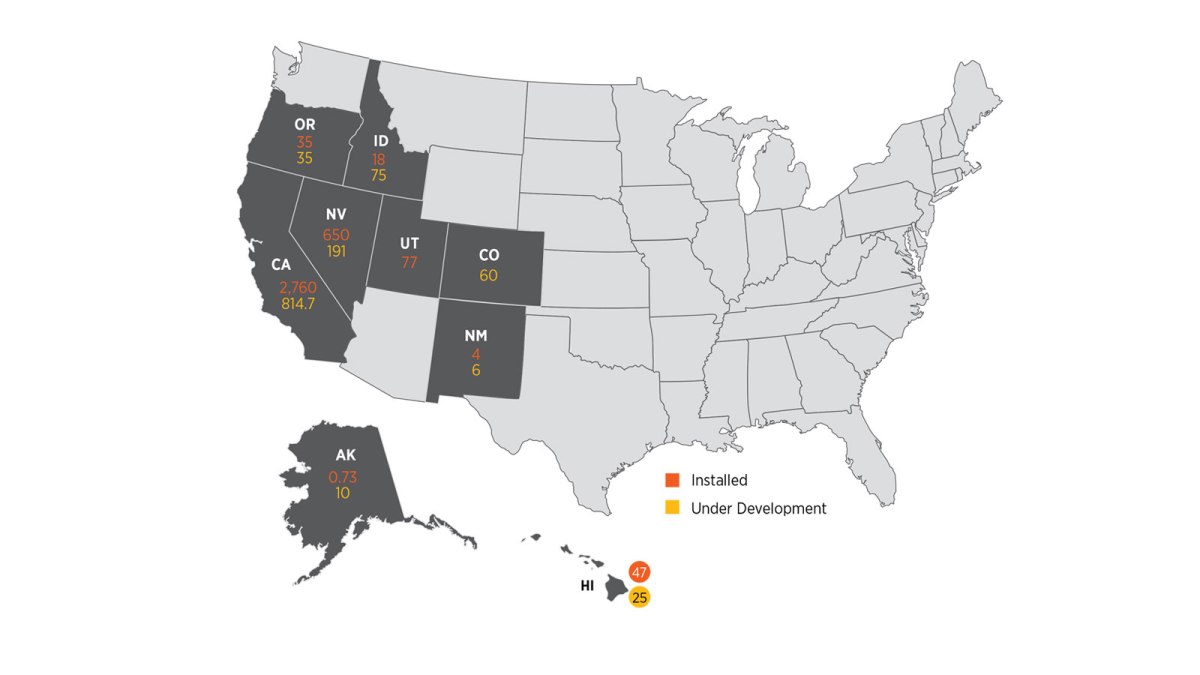 As international climate policy puts more pressure on fossil fuel companies to look for new business models, geothermal offers a way to repurpose what they know best: drilling, extraction, and infrastructure. “Geothermal is their way out,” said Sanjeev Kumar, head of policy at the European Geothermal Energy Council.

Geothermal is an opportunity not just for oil and gas companies, but also for the oil and gas workers losing their jobs because of the price crash, or who may soon lose them due to climate policy. Many of the jobs and skill sets are transferable, from exploration geologists to drillers to power plant operators.

“I do think geothermal can be a huge part of a just transition for the oil and gas workforce into the clean energy world,” said Latimer. “And a downturn like this is exactly the time to make that practical and a reality.”