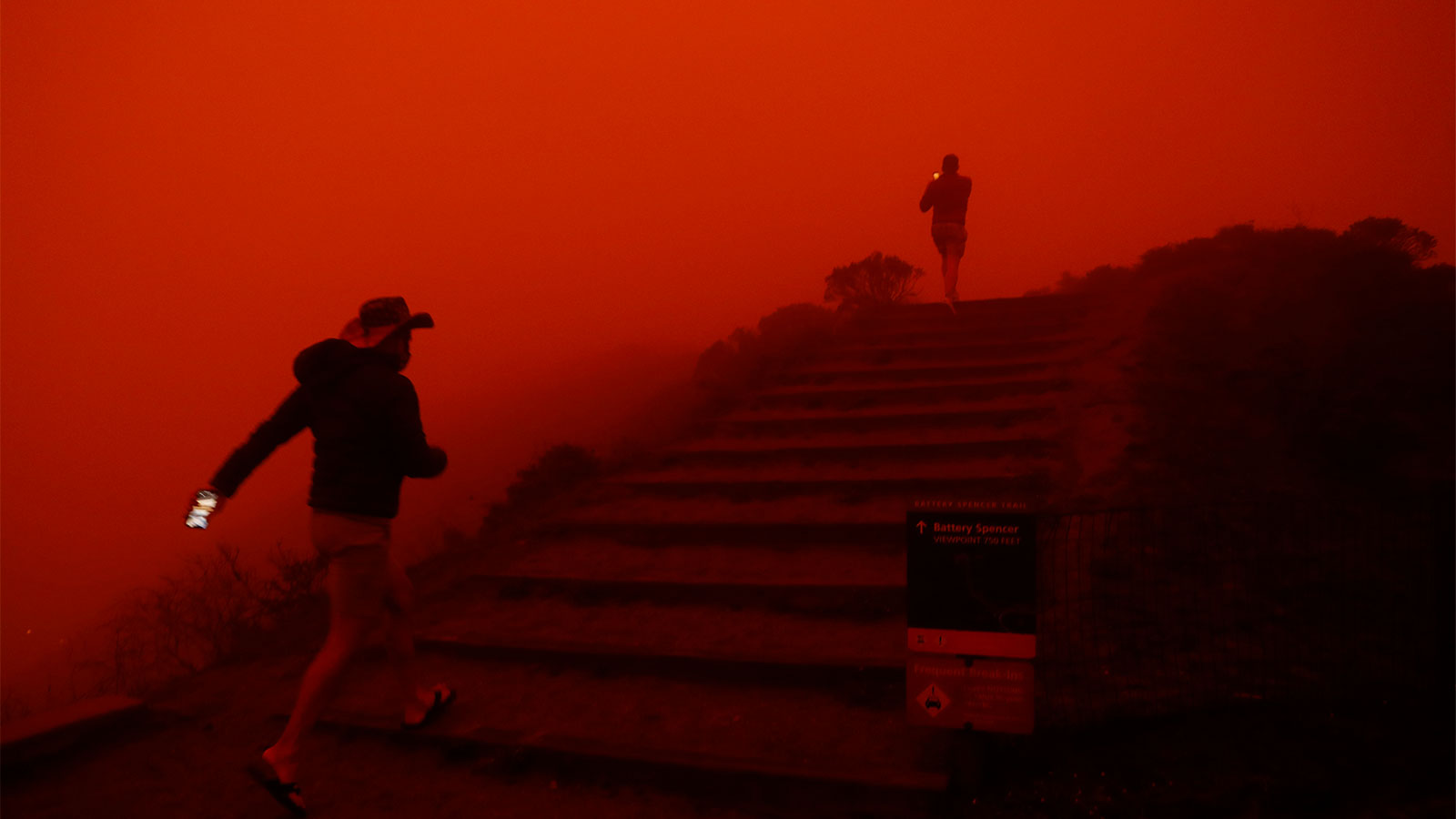 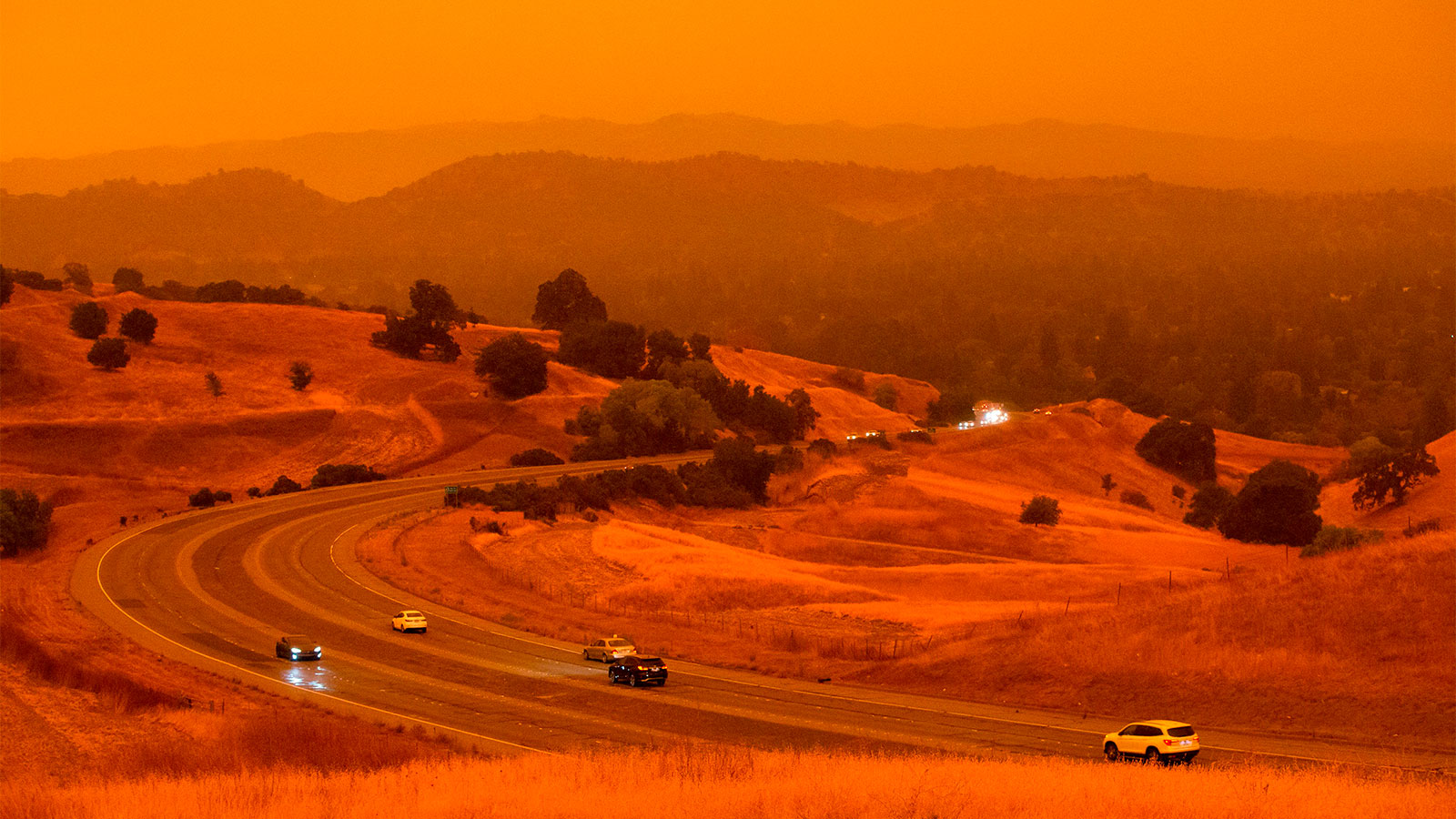 Cars drive along Ygnacio Valley Road below an orange sky filled with wildfire smoke in Concord, California on September 9, 2020, as a hazy-looking Walnut Creek can be seen in the distance through the smoke. BRITTANY HOSEA-SMALL / AFP via Getty Images 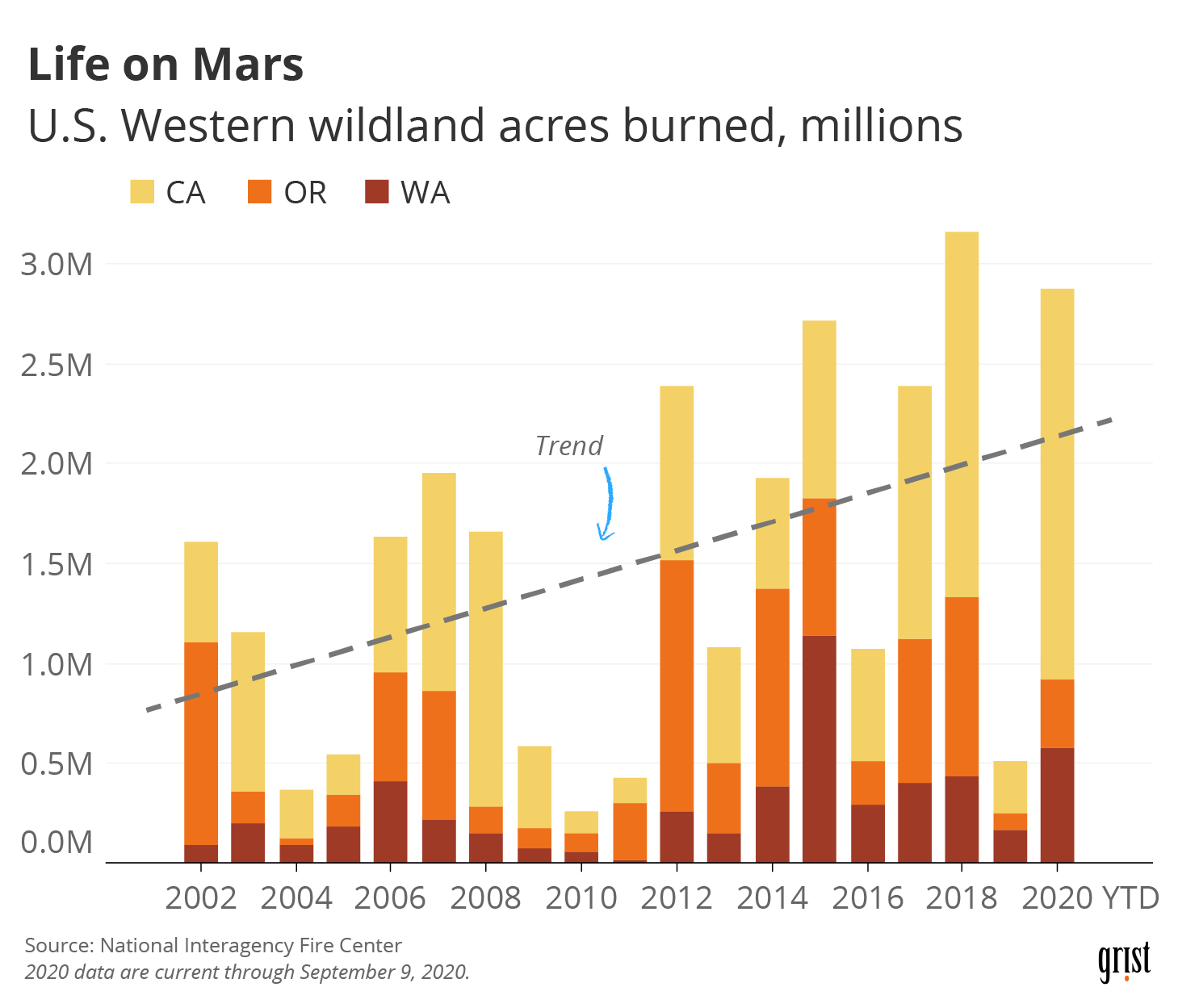